These companies have the highest market value among those led by promoters. Yet, remuneration of their leaders is relatively modest.
Team BT | Print Edition: May 19, 2019 The past three years have been rough for Bharti Airtel. The telco, with a market capitalisation of Rs 1,66,552 crore, has lost its numero uno position after almost 15 years to Vodafone Idea. Its consolidated revenues and net profits have tanked 13.4 and 60.2 per cent, respectively, between 2015/16 and 2017/18. Between September 2016 (when Jio was commercially launched) and February 2019, Airtel's subscriber base has grown a mere 80.4 million in comparison to Jio's 297.2 million additions. In fact, most of Airtel's new subscribers have come from the inorganic route - through acquisition of smaller telcos like Tata Teleservices. Yet, all this does not seem to have deterred the telco from giving a pay hike to its promoter and Chairman Sunil Mittal for the past two years. His annual remuneration has risen from Rs 27.9 crore in 2015/16 to Rs 30.2 crore in 2017/18, a jump of over 8 per cent.- Manu Kaushik The Managing Director of the Rs 1,22,821 crore Bajaj Finserv earned Rs 16.98 crore as salary in 2017/18. Both Bajaj Finserv, whose share price rose 26 per cent during the year, and its subsidiary Bajaj Finance, with share price up 51 per cent, have been doing exceedingly well. Bajaj is the key decision maker in the group's financial services business, along with Bajaj Finance Vice Chairman Nanoo Pamnani and MD Rajeev Jain. - Nevin John 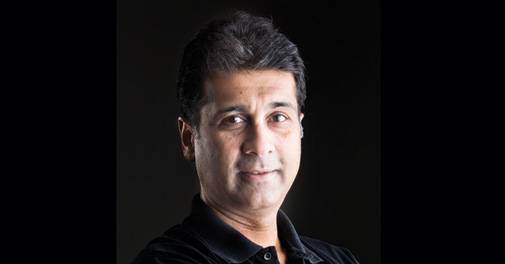 Rajiv Bajaj reinvented Bajaj Auto from the company he inherited from his father. He forayed into high-end bikes with more margins, making sports bikes and semi-superbikes, and increasing exports to the extent that 45 per cent of the company's sales now come from exports. The head of the company with a market value of Rs 88,191 crore drew a salary of Rs 28.32 crore in 2017/18, 10.66 per cent higher than in the previous year, and over 400 times the median salary of company employees. - Nevin John 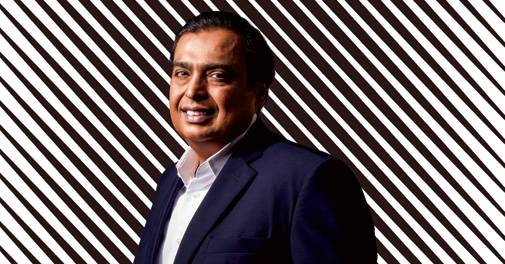 Amid debate over rightsizing CEO salaries in 2009, Reliance Industries Chairman Mukesh Ambani voluntarily capped his own salary, perquisites, allowances and commissions at an annual Rs 15 crore in 2009. Prior to the capping, he earned Rs 44 crore annually. Ambani has chosen, according to the company, to be an "example of moderation in managerial compensation levels". However, his actual income has been much higher as his shares in RIL are valued over Rs 400,000 crore. RILs market capitalisation is nearly Rs 8,82,027 crore.- Nevin John

After taking charge of the Royal Enfield brand at Eicher Motors in 2000, Siddhartha Lal transformed its fortunes. With improved technology and steady management, he gave Enfield a striking brand identity. From a niche cruiser brand, it was turned into a mass market middle weight motorcycle, which three years ago overtook legendary US cruiser maker Harley Davidson both in revenues and profits to become the leading player in this segment in the world. His remuneration was Rs 10.12 crore in 2017/18. Lal stepped down as CEO of Royal Enfield in April, in a move reminiscent of his father Vikram Lal giving up his seat to bring in professional management more than two decades ago. He stays on as the managing director of the Rs 55,449 crore market cap Eicher Motors. - Sumant Banerji 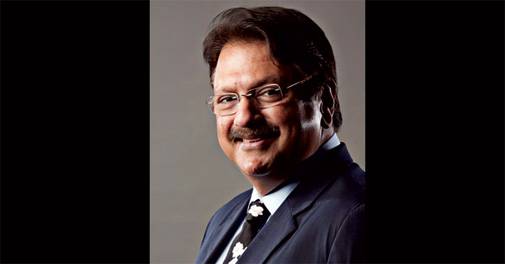 When global pharma giant Abbott bought Piramal Healthcare's domestic formulations business for $3.8 billion in 2010, Ajay Piramal carried out the deal through the stock exchanges so that all shareholders of the company benefitted. "I did not want to buy private beaches and retire with the money," he said at the time. "I wanted to enrich value for Piramal's shareholders." His remaining business has since grown to over $1.8 billion a year, returning over Rs 5,680 crore since 2011 to shareholders in the form of dividends and buybacks. Despite being flush with funds, Piramal drew just over Rs 12 crore as his personal salary and perquisites in 2017/18. His Piramal Enterprises has a market capitalisation of Rs 47,867 crore. - P.B. Jayakumar Venu Srinivasan is the Chairman and Managing Director of TVS Motors, India's third largest two-wheeler manufacturer with a market cap of Rs 24,058 crore. He also serves on the board of several other group entities. The company's scooter sales have been rising: 30.4 per cent in 2017/18, and about 13 per cent in 2018/19. Along with an increase in the company's domestic scooter and motorcycle sales, and exports, and launch of new models, Srinivasan's remuneration went up from Rs 14.48 crore in 2016/17 to Rs 23.29 crore in 2017/18. - Rukmini Rao One of India's foremost entrepreneurs and technocrats, Baba Kalyani is the driving force behind the $2.5 billion-Kalyani Group that has business interests as diversified as engineering, steel, automotive and non-automotive components, infrastructure and renewable energy. Starting his journey with Bharat Forge, a company founded by his father, Kalyani expanded the company to make it the world's second largest forgings company with a market cap of Rs 22,183 crore. He has also diversified into the defence sector, an area that he believes will contribute in a big way to his group's business in future. Kalyani's remuneration was Rs 18.59 crore in 2017/18, up 23 per cent from Rs 15.1 crore in 2016/17. - Sumant Banerji Dr Prathap C Reddy, the promoter founder and executive chairman of Apollo Hospitals, has seen a decline in his gross salary and total remuneration in 2017/18 as against the numbers in 2016/17. While his remuneration includes commission as a percentage of profits, reduction in this would apparently be in tune with the profits of the company but then his gross salary has also slipped to Rs 7.6 crore in 2017/18 from Rs 8.4 crore in the previous year. Company executives say this is in tune with the compensation direction for the rest of the management team, and so that there are surpluses from which dividends can be paid. The company has a market cap of Rs 17,237 crore. 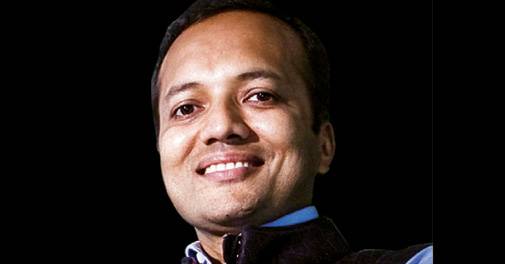 The chairman of Jindal Steel and Power was India's highest paid executive in 2011/12, earning Rs 73.42 crore. However, his remuneration has fallen drastically since, coming down to Rs 9.69 crore in 2017/18. JSPL, with a market cap of Rs 17,001 crore, has faced much turbulence in the last few years, both due to debt funded expansion as well as investigations around coal block allocations. After its share price bottomed out, JSPL showed a marginal recovery in 2017/18, its losses coming down to Rs 361 crore - around a third of the previous year's loss. - Nevin John