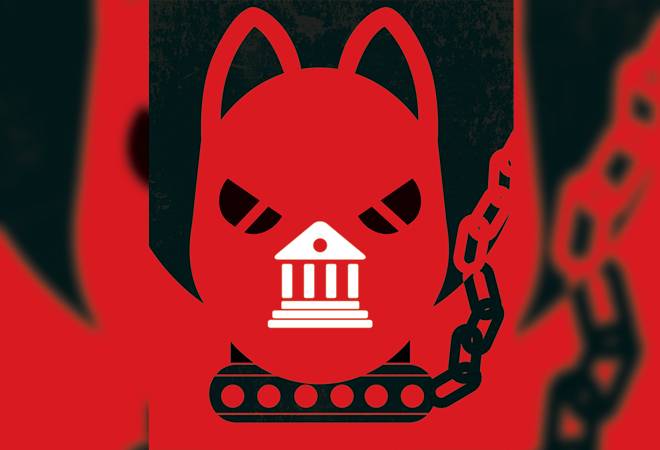 Just about a year ago, the non-banking financial sector (NBFC) was on a tear. It was also the darling of stock markets. NBFCs were growing rapidly - in many cases faster than banks - and their chiefs were feted like star bankers. A year later, things couldn't be more different. As the IL&FS scandal brought things to a head, banks, mutual funds and others who had been happily subscribing to NBFC commercial paper and other debt realised there was something rotten in the sector. Since then, the troubles have been multiplying.

Some of the biggest names in the NBFC universe, including Dewan Housing Finance Ltd. and Reliance Capital, have seen their reputations getting hit after debt defaults. The reason is simple. NBFCs depend on short-term funding sources such as commercial paper to raise funds that they then lend for longer term projects. The trick is to keep rolling over these debt papers, which has become difficult after the IL&FS crisis due to liquidity squeeze and perception of higher risk.

Those who are holding on have been forced to bring out press releases to show they are not in trouble. Indiabulls Housing Finance, for example, has given out its cash and cash equivalent position to reassure investors and others that it is capable of meeting its commitments. The NBFC defaults have also badly hit debt funds. What was sold to risk-averse investors as a rock safe investment is turning out to be anything but that.

Is there are way out? The Reserve Bank of India (RBI), the regulator, is scrambling to both find out how deep the rot is, and also find a solution to the crisis. It has prescribed new liquidity norms for NBFCs. Some say this will further restrict NBFCs' options and could be a case of the cure being worse than the disease. The finance ministry is equally concerned about the dangers posed by the crisis. It moved swiftly to stabilise IL&FS by appointing a new board but is unclear about managing the larger crisis. There can, after all, be no single-point solution.

A few NBFCs have realised that their basic business model - borrowing short-term money to lend for long-term projects - is not sustainable. The smarter ones have started looking for solutions. In December last year, NBFC Capital First and IDFC Bank announced the completion of their merger to create IDFC First Bank with a combined loan book of Rs 1.03 lakh crore. With a bank-like loan book of Rs 22,974 crore and a customer base of three million, the deal was a natural transition for Capital First, which can now, as a bank, access low-cost funds. In April, the board of Lakshmi Vilas Bank approved the proposed merger with Indiabulls Housing Finance, an NBFC. The merger will provide synergies similar to the IDFC Bank-Capital First case - bigger joint loan book, cheaper capital and wider customer base. 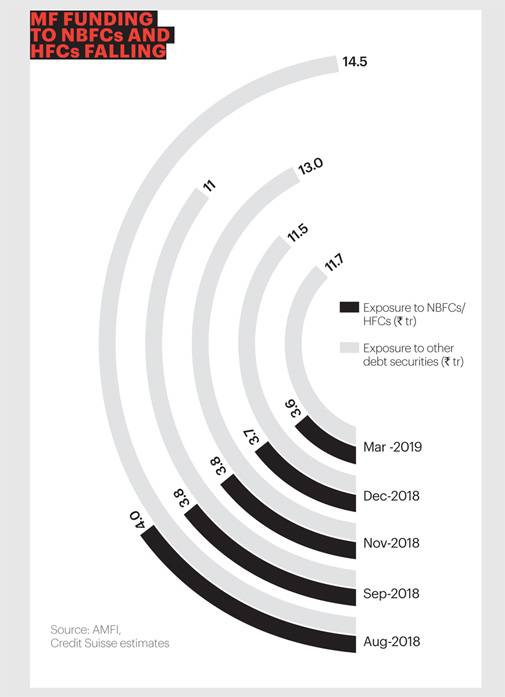 Clearly, when NBFCs get a sizeable loan book and customer base, they need to look for ways to grow further because borrowing aggressively in the short-term commercial paper market and lending for the long term (to home/auto buyers, property developers, etc) is not sustainable. Dewan Housing and Finance Ltd (DHFL) is a case in point.

"This (converting into banks) may be valid for NBFCs that focus on longer term loans. If a large NBFC with presence in multiple segments wants to maintain flexibility, demerger of product verticals and their listing as separate entities can be a viable option to reduce risk," says Avneesh Sukhija, Senior Analyst, Financial Services and Real Estate, BNP Paribas Securities India.

All NBFCs need not become banks. "Good NBFCs have expertise in niche areas, especially risk management, for serving customers that banks are not uncomfortable with. The fact they cannot take deposits is a safeguard. I dont see a compelling case for converting all of them into banks," says Abheek Barua, Chief Economist at HDFC Bank.

Moreover, while turning into a bank gives NBFCs access to deposits and low-cost funds, regulatory requirements like statutory liquidity ratio, cash reserve ratio and priority sector lending targets also drag down return on assets. "It is important to note that some large NBFCs have thrived in the current environment by sticking to the basics and not chasing dilutive growth," says Sukhija.

The RBI last month issued guidelines stipulating a bank-like liquidity coverage ratio (LCR) for NBFCs apart from granular asset-liability management and closer monitoring. The move will ensure that liquid assets can be converted into cash to fund outflows for short durations in case of a liquidity stress. "The new LCR norms will facilitate quick access to liquidity. Capital adequacy and risk weights could also be tightened, although they are on a par with banks," says Barua.

These measures are likely to impact margins of NBFCs as they will have to invest liquid assets mostly in government bonds, which give low returns. This margin reduction, however, is better than missing the interest payment deadline, as in the case of DHFL, which is now seeking help from financiers to meet its Rs 1,000 crore obligation within the seven-day grace period. It is on the brink of default. Reports of defaults or imminent defaults by shadow banks have been doing the rounds since September 2018 when IL&FS defaulted on a loan repayment. India has 10,190 NBFCs, with loans outstanding of Rs 17.2 lakh crore at the end of FY 18 compared to Rs 92.1 lakh crore outstanding bank credit. With such high stakes, it is time for stringent regulatory measures to keep a check on the NBFC universe. "We think disclosures have to be strengthened so that the stakeholders can countercheck and raise relevant questions," says Sukhija.

As things stand, NBFCs like Reliance Capital and DHFL have already been sharply downgraded by ratings agencies, while many others are struggling. To prevent them from going belly up, Sukhija suggests cleaning up of balance sheets in one go or in a staggered manner over three-four years. "Both these strategies need to be applied on a case-to-case basis. My preference is for the latter, a quick and surgical solution," he says.

Industry watchers also favour a special liquidity window for struggling NBFCs as was done by the RBI in 2008 following the global financial crisis and in 2013 in response to market volatility following the US Fed's announcement that it will reduce its bond-buying programme. "I believe it (special liquidity window) is plausible and will restore confidence in the financial system. Easing of banks' norms for lending to NBFCs is perhaps not adequate," says Barua. Sukhija does not agree. "At present, there is no systemic risk, and allowing the use of a special window for those who have not been following the best lending practices could lead to its misuse."

Recognition of a problem and possibly spreading the pain over a certain, but not an extended, period to avoid significant liquidity impact is the best way to address the problem. "It will limit the problem from becoming bigger and getting out of control," he adds.

Barua favours a stronger regulatory mechanism for NBFCs as they account for 15-20 per cent of the total lending,. "The real challenge is to devote more resources to NBFC regulation. One can have a separate entity within the RBI to do this," he says.

Manish Jain, Partner at KPMG India, says there is a need to enhance the reporting structure for all regulated financial services entities. "Most reporting standards revolve around reporting of financial statements as on date. We need to move towards cash flow-based reporting with base cash flow and delta on a periodic basis. Various central banks are looking to move in this direction," he says.

To restore faith in NBFCs and bring them out of the woods, it is also important to redefine the business of rating agencies, which were not able to foresee defaults by IL&FS. "The rating process across agencies, including evaluation of businesses and financial and other risks across parameters, looks good on paper, but its execution has fallen short in some cases. Given the recent issues, we think one option is to introduce regulations making the agencies accountable for their ratings," says Sukhija. "Their role requires a thorough review and greater accountability," says Barua.

While the NBFC liquidity scare continues, it runs the risk of further hurting India's consumption story. Private consumption (57 per cent of India's GDP) has slowed down over the past quarter driven by income uncertainty. "NBFCs played a significant role in a number of areas like two-wheeler finance, small ticket mortgages, loans against gold and financing of second-hand vehicles. If they are hobbled, consumption is bound to be impacted," says Barua.