'The best advice I ever got'

BT asks the who’s who of India’s corporate world—as well as some professionals and leaders from other fields for good measure—to jog their memory and recall the best advice they ever got. What the advice was, who gave it to them and when, and how it helped them.

With India’s economy and business transfixed by the global financial crisis much as a Dooars elephant is blinded on the tracks by the headlight of a rushing train at night, the one thing everybody—from CEO to a call centre worker—needs desperately is advice. Not money, not receptive markets—even though business is all about following the money. They come later. First, some advice, please, lest we find ourselves on the wrong tracks and are run over by the train. So, bankers and (lucky) cash-rich corporates seem to be saying, as they hang on to their funds.

Culling the sources of advice, a startling fact: Behind every successful man is his father! Wives do figure on the advice-giver’s list, but the results are 50:50. One ignored his wife’s advice, another heeded it: both struck pay dirt.

But where does one go to get that advice? To the world’s leaders? To the world’s best B-schools that produced the graduates who are being blamed for the crisis in the first place?

Advice at current prices has no value; it is only after it has been implemented (sometimes at the cost of derisive comments from peers) and has succeeded that advice turns golden.

So, BT decided to ask the who’s who of India’s corporate world—as well as some professionals and leaders from other fields for good measure—to jog their memory and recall the best advice they ever got. What the advice was, who gave it to them and when, and how it helped them.

As you read the following content, the first thing that could strike you is that very little of the advice will directly help you make money. There is no hint of a ‘how to...’ manual that can be drilled into your legions as standard procedure.

As for the sources of the advice, the surprising finding was that a large number of successful people quoted here cite family sources (father, mother, grandfather and even the odd aunt or two) for the advice that put them on the track to greatness and success —and kept them there.

Religion plays no role in this selection—but at least two adjusted their life’s course on the basis of compass bearings given by Mother Teresa. Then there is the man who sparked India’s retail revolution, who admits that he got his best “advice” just by watching how another successful store worked.

There is no rocket science, no theory of derivatives—but the diversity of the advice is amazing. From the sublime to the practical and the selfish, the advice is laid bare for you. One thing— as a very senior business baron pointed out rather drily— Indians have a habit of giving advice even when it is not wanted. So, don’t for a moment think that BT is preaching: it is just offering a menu. 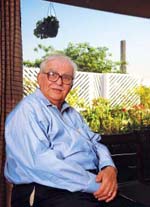 Out of every 10 men born in this world, nine work for the tenth. Prepare to be the tenth

“I left home at 16 to study abroad. I was very close to my father, who was also an executive in a Tata company. He was the best mentor that I had and he told me something that is ingrained in me: ‘Son, out of every 10 men who are born in this world, nine men work for the tenth. So, prepare yourself to be the tenth.’ It enabled me to plan my future as a leader. If you want to make an impression on the world, you need an army behind you. Leaders must have that credibility which will enable their legions to follow them to achieve anything… You have to be a leader all the time. You can’t say that at night I am going to sleep and I am going to be a leader tomorrow morning. To be a leader, you have to get the team behind you, and that has always been my motto. Under pressure, you must still realise that you are the leader. If you reflect your discomfort or your inability to take a decision to your team, that is disastrous.”

—As told to Clifford Alvares

Reach for stars with foot on the ground

“One of the best pieces of advice I received was to reach for the stars, but always keep one foot on the ground. I have always tried to follow this and I believe it stands you in good stead. It creates a good balance between being ambitious and challenging yourself whilst retaining a sense of integrity and remembering where you started from. I think this also helps you deal with things when they don’t go your way. Success is not a reason to lose sight of reality.”

Listen to your inner voice

“The best advice I got was from R.K. Talwar, a former chairman of State Bank of India and then IDBI, who set exalted value standards both in personal and professional life… It was in early 1990s. I was in a particular dilemma involving a moral conflict of interest and was finding it difficult to decide what was right and what was wrong. Talwar was then the Chairman of Ashok Leyland Finance and I sought his counsel. His response was simple: ‘Whichever decision that will give you peace of mind and help you to go to sleep peacefully is the right decision. Listen to your conscience. Most often we put on ear plugs and don’t listen to our inner voice.’ Since then, whenever I have had a problem, I have taken decisions based on what is right for my conscience—be it taking a stand, or speaking my mind, dealing with employees or government.”

—As told to N. Madhavan

The race for cover

The other good employers