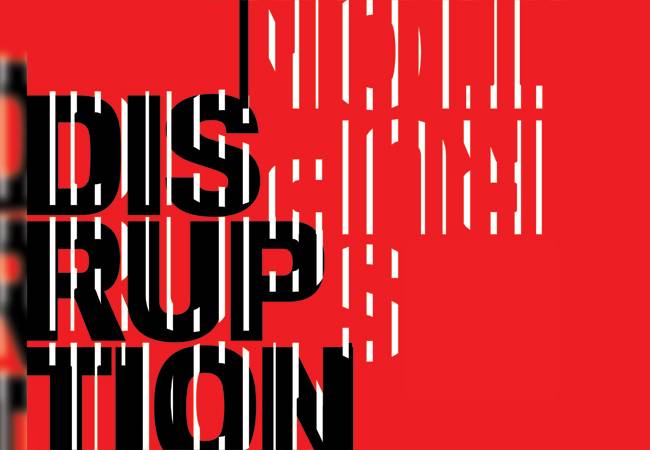 Disruption is as old as history. It happened from when the Mesopotamians invented the wheel, to the Steam Age and then on to the Industrial Age. But, unlike in the past, today's technology is disrupting a wide swathe of industries in a manner that has simply no precedence.

Robots are taking away repetitive jobs, drones are delivering goods and blockchain is being used for financial services, cross-border payments and supply-chain sensors. Once 5G services become the norm over the next couple of years, more and more devices will talk to each other, providing organisations with humongous amounts of data.

Be it retail, healthcare, education, finance or even homes, technology is providing the consumer a totally different experience. It all finally depends on an idea that changes the way things have been done all along. Industry 4.0, as it is now called, is driven by automation, machine learning, autonomous systems and Internet of Things.

Just a few months ago, Tesla, the global leader in electric cars, improved Model 3's braking performance by an over-the-air software update. That's a sea change from the earlier system of driving down to a workshop where the upgrade would happen to each car separately. While this is new, expect more such changes in the not-too-distant future. At the other end, tech can be used to disrupt things too. London's Gatwick Airport had to suspend or divert all flights for hours after two drones were spotted close to the airport.

But, one thing is for sure. There is going to be quite a bit of displacement. According to a 2015 study by the Global Center for Digital Business Transformation - an IMD and Cisco initiative - an average of four out of the top 10 incumbents (in terms of market share) in 12 industries will be displaced due to digital disruption over the next five years. That includes retail, telecommunications, healthcare, education, financial services, pharmaceuticals, media and entertainment and utilities, among others.

While much of this has happened, the next big change could come in with the emergence of decentralised apps (Dapps) and quantum computing. Using blockchain, Dapps create an open source software ecosystem that pools resources across hundreds of thousands of computers. Quantum computing uses quantum bits or qubits to process information to increase efficiency levels across industries.

While the real gainer from this digital disruption will definitely be the consumer, it has already led to the emergence of new industries that include autonomous cars, connected mobility and precision medicine. As change takes employees by surprise, many could lose their jobs. But, there is definitely an opportunity to upskill. Much will depend on the pace at which disruption happens in an industry.

Interestingly, this time round, the disruption is not restricted to industry. Services have change dramatically as we already have aggregators in travel, cabs and food delivery. Disruption is also impacting agriculture. Today, there are means to set up soil health monitoring centres which will help farmers rectify soil defects like salinity, alkalinity and waterlogging.

In the 27th Anniversary Issue of Business Today, we have tried to capture the impact that disruption has had across sectors. Twenty-six experts have expounded on our theme, Disruption Decoded, to give an insight into things that have changed and what to look out for over the next year. The articles provide a ringside view of changes taking place globally across industries and how they will impact you. Don't say we didn't warn you. Read on!