ABOUT: Despite India's honourable commitments to emission control under the COP21 talks at Paris, coal will continue to remain India's largest source of energy to power its economic growth over the next 25 years, with a little help from hydro, solar, wind
By Rajiv kumar | Print Edition: January 17, 2016 Despite India's honourable commitments to emission control under the COP21 talks at Paris, coal will continue to remain its largest source of energy to power its economic growth over the next 25 years. (Photo: Raj Verma)

ABOUT: Despite India's honourable commitments to emission control under the COP21 talks at Paris, coal will continue to remain India's largest source of energy to power its economic growth over the next 25 years, with a little help from hydro, solar, wind and nuclear energy. But how could these two contradictory goals be achieved? The answer, says Rajiv Kumar, Senior Fellow, Centre for Policy Research, lies in 'Clean Coal'. Or, as environment-friendly as it gets. But use it - we must - before it becomes useless.

Adesynthesis of the commitments at the 21st annual conference of parties (or COP) in Paris makes it evident that India will continue to rely on coal for its energy needs along with the renewed focus on building up capacities for renewable energy based on solar and wind sources. But the good thing about these commitments is that India resolved to use coal in a much cleaner and efficient manner.

India sits on reserves of 301.56 billion tonnes and annually produces 500 million tonnes. The great majority of the output is produced by the public sector monopoly, Coal India Ltd (CIL), practically the only producer of 'commercial coal'. Prime Minister Narendra Modi wants this company to double production to one billion tonnes by 2019. At this rate, the reserves can last for the next 200 years. And mind you, these reserves have been estimated at a maximum depth of 1,200 metres, not beyond that. Environmental concerns are being expressed ever more vociferously today about carbon emissions. This would make it difficult to mine in this long term.

We should open up quickly for the biggies of the world, such as BHP Billiton or Rio Tinto, to come in and do commercial mining. These biggies have far greater resources and access to technologies to produce coal in a much cleaner and efficient way.

Therefore, it is critical to exploit these reserves as quickly as possible, before they become useless. For this, we need to do two things right: a) we should not depend exclusively on monopoly producers like CIL. Instead, we should open up quickly for the biggies of the world, such as BHP Billiton or Rio Tinto, to come in and do commercial mining; b) these biggies have far greater resources and access to technologies to produce coal in a much cleaner and efficient way. We may not like it, but the fact is CIL cannot ramp up production to the level we all would want them to. Like China, we should also be producing three billion tonnes of coal every year. This makes the case much stronger for getting on to commercial mining. (Photo: Vivan Mehra)
We are just exploring at the depth of 30 metres, and there are countries in the world, including China, which are exploiting resources at 2,000 metres using new technologies. For example, the deepest mine in the world is South Africa's TauTona mine, with a depth of 12,800 feet (two-and-a-half miles).

88 per cent of the country's coal is produced via open-cast mining, which is the most ecologically degrading method in place.

Today, we are getting coal via open-cast mining, which is more ecologically degrading than any other technology. 88 per cent of India's coal is produced via open-cast mining, whereas in China the ratio is reverse and they use more of underground mining. There are two technologies available to do deep mining - room & pillar and long wall. One requires cutting of coal seams in a network of rooms leaving behind "pillars" of coal supporting the roof of the mine. This method is virtually phased out. In the long wall method, a large machine with a rotating drum - often referred to as Long Wall Shearer - moves back and forth across a coal seam. And subsequently, the coal is mined from the room created. Both of these technologies require extensive monitoring, but long wall is preferred - it is a highly efficient way of mining as 80 per cent of reserves can be extracted. But these technologies do spike the cost of production by roughly 50 per cent. CIL prefers open-cast mining because it is easier and also cheaper. There are no incentives attached to switching over to the expensive underground mining. This would require reforming the whole ecosystem of how the price of coal is determined, marketing rights and size of the present coal blocks. Lot of these reserves are under the virgin forests where tribes and other such communities live. Underground mining makes it easier to exploit such coal reserves.

We don't have any alternative to this. We must realise that we don't have the technology, capability and capacity to go down deep. This is where the bigger companies can help us, and this will also help us in cutting down our carbon footprints.

To make it happen, we also need to tweak electricity prices, as with the current structure the prices will go up. There is a strong case of moving towards beneficiation of coal as well, irrespective of how it is mined - underground or via open-cast mining. This requires pit head beneficiation and generation on a much larger scale. This will also allow transporting less coal. Given the quality of our coal, which has large quantity of coal and inert material, we use diesel to transport mud and stone, along with coal to up-country power plants. This is sheer wastage of energy. The national grid must be strengthened more to evacuate power from these centres. 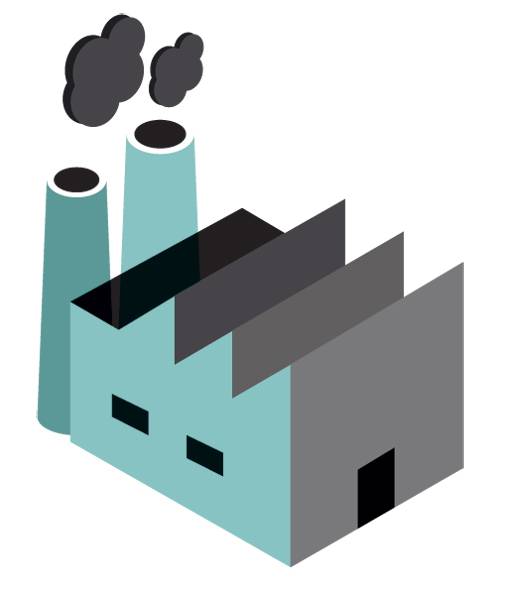 India must look for an efficient tie -up for clean coal technologies such as carbon sequestration. The Americans invested heavily in developing this technology, but they eventually gave it up after they found shale oil. Here, we can use our negotiation skills with large mining companies and can motivate them to bring in these technologies. This will require India to be open for large-scale commercial mining by foreign mining companies. It is in our interest too, as, in the long run, the global community would not allow us to mine coal in the conventional way. The big mining companies will also have to go in for greener options. Moreover, there are certain other technologies, like utilisation coal-bed methane, or in-situ gasification of coal, or the South African technology of converting coal into oil and using it thereafter. All these must be explored.

But we also need to realise that more than mining coal, the concern today is the burning of coal. This is more polluting and emissions certainly add to the problems. In the Indian Intended National Determined Contributions (INDC), declared just before the Paris convention, India has pledged to cut carbon emissions but said that even though coal is polluting it will continue to dominate its power needs. The country is looking at clean-coal power plants also called supercritical power plants, with the use of super-critical and ultra super-critical power plants. These plants offer higher efficiency and cut down on carbon emission, as you require less carbon to get the same amount of heat energy. India has an installed capacity of 160 GW based on coal, out of the total 276 GW, but only 10 per cent of this uses clean coal-burning technologies. From 2017, all new coal power plants will use clean technology. The idea is to go up to 24 per cent by 2022. This too is not enough.

There would be roughly 20 GW of thermal capacity retiring by 2022 and these power plants must be replaced with the high-efficiency, ultra super -critical technology, along with the forthcoming power plants. The power equipment companies - such as Alstom, BHEL, among others - are already moving towards ultra super-critical technology with 1,000 MW power units. For reference, the conventional coal-fired power plants have efficiency of 32 per cent, the super-critical technology allows power plants to operate at a temperature and pressure above the critical point of water - at a point where there is no difference between water gas and liquid water. This results in higher efficiencies - above 45 per cent. In simple terms, you would require less coal to generate a MW of power, obviously reducing the emissions of CO2 and mercury. The new upgrade obviously increases the project cost, but it increases the capacity and efficiency of the unit.

India has an installed capacity of 160 GW based on coal, out of the total 276 GW, but only 10 per cent of this uses clean coal-burning technologies. From 2017, all new coal power plants will use clean technology. The idea is to go up to 24 per cent by 2022.

Most of us accept that coal is a necessary evil and clean coal technology is better than the old polluting plants. Along with this, India must make fundamental changes in energy policy. This includes the push in renewable energy. We are already talking about 175 GW of renewable energy. Even if 20 per cent (at current efficiencies) of renewable energy can be utilised, they can share the burden of the peak load, which is still met by coal-fired power plants. When 1,000 MW on solar is committed to NTPC at `4.63 per unit in Andhra Pradesh, it is quite manageable as the company's average cost of generation from coal-fired plants is `3.25 per unit. Most of these technologies are available off the shelf. All India has to do is show a political resolve and reform the way they use energy, and the future will be bright. We have to accept that coal will stay in our energy basket for the next 25 years. All we can and must do is make the mining of this commodity greener, transportation to plants and other consumers in the most energy efficient way, and optimise utilisation of heat energy.
Tags: Coal | Coal reserve | COP21 | Economic growth | Paris | Clean coal | Environment

Can law be an instrument of social justice?

It's time to give every Indian a social security net