The recession, downturn or whatever you call it, has dented most kinds of lists - lists of billionaires, lists of most valuable companies, lists of top recruiters and so on.

The recession, downturn or whatever you call it, has dented most kinds of lists—lists of billionaires, lists of most valuable companies, lists of top recruiters and so on.

But there is one list that has grown when others shrank—BT’s list of the Most Powerful Women in Indian Business. As we researched for the seventh edition of our list, we were confronted with an embarrassment of riches.

Successful women leaders are dotting the Indian business landscape in far greater numbers than ever. Result: our list is of 30 jewels. Many “regulars” in our list have added more to their power in the past one year. Two large and rapidly-growing private banks are headed by women today, which wasn’t the case last year.

Though banking and finance still dominate the list, woman power is growing exponentially in the business of Bollywood, consumer goods and public relations. Our list captures this too. Check out the new faces and the new achievements of the old ones. 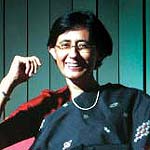 Once again in the BT Power List. Does it still enthuse you?
What enthuses is the work that “the list” recognises.

Your definition of power—has it changed over the years?
It evolves... as you reflect on new experiences— but fundamentally for me, power is about creating the context and environment where the right things happen.

New lessons learnt in 2009.
The discretion and judgement to know when to push and when to be patient in a volatile and unpredictable market!

New frontiers conquered in 2009.
Global recognition for the work Britannia is doing in the area of kids nutrition, at the “Clinton Global Initiative,” for example.

What next?
More transformative change.

The power to change