There are only a handful of women chairpersons in corporate India but they are making an impact. Ten years ago, Meher Pudumjee took on the mantle at engineering firm Thermax when her mother Anu Aga stepped down as chairperson. Pudumjee was only 38 at the time. How did she feel to take charge of the company at such a young age? She was uncertain, anxious and had several self doubts. "My parents, who built Thermax, had left their imprint and I was worried if I could ever step into their shoes," she says. "But Anu's observation that an apple tree cannot be expected to give oranges helped me see things in perspective and trust my own instincts and abilities."

Full coverage: Most powerful women 2014
The base for Pudumjee's seamless reign at Thermax was built by her mother. Pudumjee started at Thermax as an engineer trainee. Soon after, she, along with her husband, Pheroz Pudumjee, was sent to turn around a small subsidiary in the UK. But during that time, Pudumjee's father passed away and she returned to India where she was made executive director on the board. The sugar sector is male-dominated and heavily controlled by the government. My job is to deal with politicians and policies to keep the business moving

When the company registered its first loss at the turn of the century, the family decided to take a non-executive role. Pudumjee says it was a tough decision but has helped the company. "We were so used to pulling up our sleeves, taking decisions and getting the job done. As long as the family business was doing well, everything was fine but when things get tough, it is humanly difficult to be aware of and analyse your own mistakes, with accountability only to yourself," she says.

Pudumjee says she now has a "hands-off" role yet follows a "finger-on-the-pulse" approach. Pudumjee, who also works with some non-governmental organisations and likes singing in the choir, says her biggest contribution is to start transforming Thermax into a green company. She also plans to expand Thermax's footprint and product basket. "We are highly dependent on one market [India] and one product category [capital goods]. We want to expand in other segments and geographies," she says.


From doubtful and apprehensive to confident and spirited, Pudumjee has traveled quite a distance in the past 10 years. But she is not the only one and her journey as chairperson of a large company is shared by many other women corporate leaders in India across sectors as varied as sugar and biotechnology.

Even though there is a huge emphasis on promoting gender equality in corporate boardrooms, the universe of women chairpersons in India remains tiny. According to Prime Database, a primary-market research outfit, there are 30 women chairpersons in India heading 34 listed companies. In total, there are 1,463 companies listed on the National Stock Exchange. Of these 30 women, 10 have a non-executive role in their companies. Of course, the number will be higher if unlisted companies are taken into account.

Women chairpersons are not only few in number, they also have shorter tenures as compared to their male counterparts. According to Prime Database, the average tenure of the current women chairpersons stands at 13.8 years. For male chairpersons, it is 18.25 years.

Gita Piramal, a business historian and the author of the best-selling book Business Maharajas, says there is a clear pattern in which women chairpersons have been appointed in corporate India. During the period from 1960s to 1980s, Piramal says, a woman would become a chairperson in three cases: either she was a widow of the promoter or a divorcee or she inherited the title from her father because she was the only child. "In the past decade or so, more women are getting technical qualifications to become chairpersons. Now, they are beginning to earn that position rather than inheriting it," she says.

Piramal says rules pertaining to top leadership in public sector units are more gender-neutral as compared to the private sector. "Though the overall number may still be low, the rules in PSUs enable women to rise faster," she says.

Over the past year, two large state-run companies have seen appointments of women chairpersons - Arundhati Bhattacharya at State Bank of India and Nishi Vasudeva at Hindustan Petroleum Corporation.

Still, most women chairpersons - 18 out of 30 - either belong to the founding family or are promoters themselves. "Some of them have actually proved their credentials to be there. I think it will take one more generation before brothers and sisters vie for the chairperson's post in a promoter-driven company," says Piramal.

Promoter-driven or not, women chairpersons have come a long way. Take, for instance, the case of Vidya M. Murkumbi, Executive Chairperson of Mumbai-based Shree Renuka Sugars. A chemistry graduate, Murkumbi spent 23 years in the trading business. In 1998, when the government decided to ease control over the sugar industry in a phased manner, Murkumbi and her son Narendra saw an opportunity and decided to buy a loss-making factory in Andhra Pradesh.

They relocated the entire factory to their base in Belgaum, Karnataka, a big cane producing region. "While working with trading houses, I made a lot of contacts with farmers. During those years, sugarcane production was huge. We partnered with farmers by giving them equity [in the company]," she says.

The model became a runaway success. For the first four years, Murkumbi was involved in day-to-day operations but now there is a professional team to do that. Between Murkumbi and her son, the work is divided. The mother deals with farmers and local administration, and also oversees plants - it has six in India and four in Brazil. The son, on the other hand, handles exports and finances.

"We are working with some 2.5 lakh farmers. Till today, they approach me with their problems," says the 65-year-old Murkumbi, who travels for almost four days in a week. "The sugar sector is male-dominated and heavily controlled by the government. My job is to deal with politicians and policies to keep the business moving."

In some rare cases, a woman is appointed as chairperson of a large group - as a mark of respect - while her sons individually operate as heads of the group companies. The most prominent case is that of the O.P. Jindal Group. The eponymous group founded by the late Haryana industrialist and politician is now run by his four sons while his widow, Savitri Jindal, is chairperson emeritus. Jindal, who is also a cabinet minister in the Haryana government, doesn't get involved in the day-to-day functioning of group companies. She largely oversees corporate social responsibility initiatives, especially those pertaining to women empowerment, girl child development, health care, education and skill-based training.

The inheritance of power, position and wealth from the family may seem like an easy thing, but Urvi Piramal, Chairperson of the Rs 1,200-crore Ashok Piramal Group (APG), has a different story to tell. Piramal, who is sister-in-law of the author Gita Piramal, became a widow at 32 with no clue about running the businesses. She had three young sons when her husband, Ashok Piramal, passed away. After the initial struggle, the shy and introvert Urvi Piramal started taking interest in business. Before she did her advanced management programme from Harvard, she hired private tutors to teach her finance.

Her life turned upside down again in 2004, the year APG was founded, when her brother-in-law Ajay Piramal decided to split the business. Urvi and her sons were left with Morarjee Textiles, an engineering business, and retail and real estate businesses. "We had a negative net worth at that time with a debt-to-equity ratio of 29:1. Banks were calling back their loans," she says. Around the same time she was diagnosed with cancer, which she managed to beat.

Over the next few years, the group made some smart decisions. It sold Piramyd Retail and Crossroads mall, and bought properties at various locations - Goa, Pune, Mumbai, Bangalore and Hyderabad - to develop real estate. In about two years, the loss-making Morarjee Textiles was turned around. "We brought down the debt-equity ratio to 2:1," says Piramal, who starts her day at 9.30 a.m. by hitting the gym at her office.

Today, she focuses on strategy and people issues while her sons look after day-to-day operations. When the group acquired two auto-component plants - Bakony Wiper Systems and PAL International - in Europe in 2007 and 2008, the sons did all the groundwork and she called the shots. At 62, Piramal says she hasn't really thought about hanging up her boots yet. She has spent close to 10 years at the helm of APG and she still has some more years of work left.

When it comes to active women chairpersons in India, Kiran Mazumdar-Shaw has one of the highest recall values. Mazumdar-Shaw founded biotechnology firm Biocon in 1978 with an initial investment of Rs 10,000 in a garage. She calls her tenure as chairperson eventful. "The high point of my chairmanship has been the listing of Biocon in 2004 when we were valued at $1 bilion, a sharp jump from $100 million a year before. The low point was to see the share price of Biocon tanking 20 per cent when one of our insulin deals with Pfizer was called off. It took us over a year to recover from this event," she says. 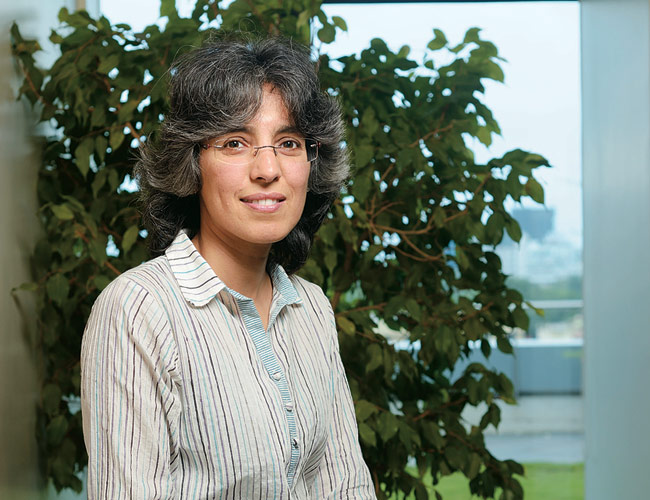 We are highly dependent on one market and one product category. We want to expand in other segments and geographies

Mazumdar-Shaw says she wants Biocon to be seen as a significant biotechnology player globally. "Recently, we have appointed a new CEO and Joint Managing Director. Based on the current scenario, I still have 10 more years of active professional life," says Shaw, 61. Besides work, Mazumdar-Shaw is associated with multiple institutions such as the Confederation of Indian Industry, Bangalore Political Action Committee, and the Indian Institute of Management-Bangalore.

While there are enough examples in India of women leaders in politics, the social sector and arts, the corporate world needs to catch up. Traditionally, top jobs have been the preserve of men and there is an internal resistance to having women competing for them. To create an equal and just workplace, companies will have to be more flexible and men also must change their age-old attitudes.

On their part, women corporate executives will have to overcome their fears to take up more top jobs. Several women including Meher Pudumjee, Vidya Murkumbi and Urvi Piramal have already broken into this male bastion and are setting the precedents for both genders. Jindal believes women can excel in whatever they do, mainly because they are good at multitasking. "There are times when people perceive them as soft targets and might take advantage of them," she says. "But if they remain steadfast in their approach and firm in their dealings they can win any battle."

Why Jaya should not have married Amitabh