Dos and Don'ts of Managing a Crisis 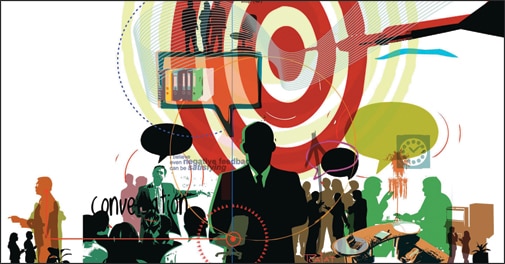 A crisis can destroy an organisation if it does not respond appropriately. During a crisis or in a low growth environment, organisations fall apart, unless they have leaders with the courage to be transparent and set an example. The irony, though, is that companies and leaders are not honest with their employees. We don't give feedback. And we don't have the courage to engage in an honest conversation.

Typical behaviour during a crisis is to blame others rather than look at our own contribution to the problems. So, what can companies and leaders do about this? First, instead of being autocratic, they can set clear goals and include the entire management in those conversations. Second, they should execute those goals and hold accountable those responsible for achieving them. In many organisations I see people being held accountable without having been told what they were responsible for. Third, they should communicate more and be less secretive. Leaders need to have conversations when problems are small, instead of waiting for them to become large. They should have an open door policy for managers who report to them so as to prevent this type of build-up. It is important for leaders to take more feedback when times are tough, not less. It is about asking questions rather than having all the answers.

Take the case of Harsh Mariwala of Marico. He used to hold quarterly meetings with his leadership team in which they had conversations around what each person could do to perform better. It is important to conduct this sort of meeting as a group so that those participating become more supportive of one another. Mariwala is a role model for the kind of transparency we should have in organisations. Those which have such transparency are the ones that will leverage the crisis and not only learn from it, but get to a very different place in a positive way.

Start, Keep, Stop
Phil Daniels, a psychology professor I had in graduate school, taught us about a feedback mechanism which he used to call the SKS form. It was a very simple process where we would ask others what we should start (S), keep (K), and stop (S). I have introduced this system of evaluation in universities as well as in appraisals on Wall Street. It helps leaders anchor themselves in reality and stop having any illusions or living in a fantasy world.

In times of low growth, leaders do not feel the best about themselves. They usually do not solicit feedback. Typically they have enough excuses ready for not taking feedback. This leads to a situation where leaders start believing that there is no real need to know what other people think. Nor do they get around to asking for help when they need it. The SKS form breaks down that kind of thinking. I believe even negative feedback can be satisfying. It is rarely as bad as we expect it to be and it tells us clearly exactly where we are and what we need to work on. Once a leader is armed with clarity, he or she can work more effectively with a greater sense of purpose.

The final point is, do employees have faith in the management? If I look at my boss, do I say to myself that I have faith in this person? Is this person spending time mentoring me? Am I growing and developing because of this person? Typically what happens in tough times is that leaders get too busy trying to achieve their numbers. So they think they don't have the time to mentor, and instead try to outsource the activity. This is when the whole culture starts to break down. Many leaders do not realise the importance of mentoring, especially in times of crisis. At such times, young professionals in an organisation start to see themselves as free agents, and jump jobs as soon as the first good offer comes along. Still others leave to maintain a work-life balance. Employees regularly complain that leaders do not spend time mentoring them, and leaders don't think they should spend time and energy mentoring people who are going to leave anyway.

Art of Firing People
In an economic downturn, leaders and managers simply focus on the bottomline and forget about human capital-related issues because they don't have the time to deal with them. They become path-driven, which is important, but they forget the human dimension. One of the first things that happens is that employees are laid off. This occurs because too many leaders are not aware of the culture of the organisation or the implications of letting people go. They are myopic. More often than not it's the lower and middle levels that have to bear the brunt of these firings. But any transformation has to take place at all levels. It isn't about letting go of the individuals at the lowest level of the rung. It is about making changes throughout. All that firing does is create cynicism and frustration throughout the organisation.

Any transformation has to take place at all levels. It isn’t about letting go of the individuals at the lowest level of the rung. It is about making changes throughout

It doesn't need to be that way. I am writing a Harvard Business School case study right now about the pharmaceutical company, Novartis. It wanted to do better in the US market. It knew it had to re-envision its strategy. It looked at its structure and how it was going to organise the business differently. It had to rethink what its capabilities were. It did a very effective job in managing business strategy and creating new systems simultaneously. One of the side effects was a reduction in manpower. However, because everything was done in a very systematic, thoughtful manner, Novartis was able to engage those who stayed in a dramatic way. It built greater trust because of the way it went about the transformation. If the only variable you change is the number of employees, there is going to be a problem.

Finally, here are a few tips on what employees should do in a low growth or recessionary environment. First, they need to have their personal agendas or goals. Second, they need to set up systematic communication with their managers, whether it is feedback or two way communication. Third, they need to know what their capabilities are. Fourth, they need to decide if they are putting the company first or their personal well-being. I think the final point is that, at the end of the day, individuals are responsible for their own careers.