The markets cheer the budget, but macroeconomic concerns could still affect sentiment. 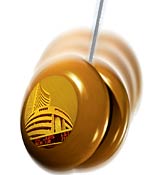 It took just under three hours of trading on Budget day for the Sensex to vault almost 600 points. The bulls, on the run this year, took heart from Finance Minister Pranab Mukherjee's Budget and stocks across the board initially rallied.

Mukherjee's stated commitment to fiscal discipline cheered the markets. There were lingering concerns on the Street that the government might struggle to rein in the fiscal deficit, given its commitment to various social sector schemes. In the next financial year, traders fretted, the government did not have the cushion of additional non-tax revenues like the 3G spectrum auction of the past year. But Mukherjee took the credit for trimming the fiscal deficit to 5.1 per cent of the GDP for 2010-11 and setting a lower fiscal deficit target of 4.6 per cent for 2011-12, which was the biggest reason for the optimism on Dalal Street.

Mukherjee had more surprises in store for the bulls. SEBI-registered mutual funds were given the nod to accept subscriptions from foreign investors who met the Know Your Client requirements for equity schemes. Currently, only FIIs and sub-accounts registered with the SEBI are allowed to invest in mutual fund schemes. "This will lead to an increase in capital inflows," asserts Motilal Oswal, Chairman and Managing Director, Motilal Oswal Financial Services. The government also enhanced the FII limit for investment in corporate bonds. Says Navneet Munot, Chief Investment Officer, SBI Mutual Fund: "It's a step towards liberalising the capital account."

The government's decision to raise the income tax exemption limits and persist with the stimulus measures saw the FMCG and auto stocks surging in the initial hours of trading. The emphasis on disinvestment also enthused the markets.

Mukherjee has set a target of Rs 40,000 crore for 2011-12, the same as in this financial year. "This is a bold move," says Ashvin Parekh, National Leader, Global Financial Services, Ernst & Young.

However, the early cheer on the Street dissipated somewhat as the markets read the fine print. The Sensex shed all its initial gains to end flat on budget day. On fiscal deficit, analysts are not convinced the government can walk the talk. While the revenue side Budget estimates for 2011-12 seem to be in place, subsidy and expenditure estimates appear to have been somewhat understated, believes Amar Ambani, Head of Research (India Private Clients), India Infoline. "It will be tough to achieve a 4.6 per cent fiscal deficit figure unless non-tax revenues like disinvestment surpass budgeted figures and an amnesty scheme to bring black money back is introduced."

On subsidies, the government has budgeted for a lower fuel subsidy of Rs 23,000 crore, compared to Rs 38,400 crore in 2010-11, which again seems unrealistic, according to traders. "This seems to be too optimistic given current high oil prices," says Ramanathan K., CIO (Single Manager Investments), ING Investment Management India."

The budget, say brokers, is unlikely to have a big impact on market sentiment in the medium term given the macroeconomic headwinds. Inflation remains a bugbear. Historically, too, the budget has had a limited impact on the markets.
TweetYoutube