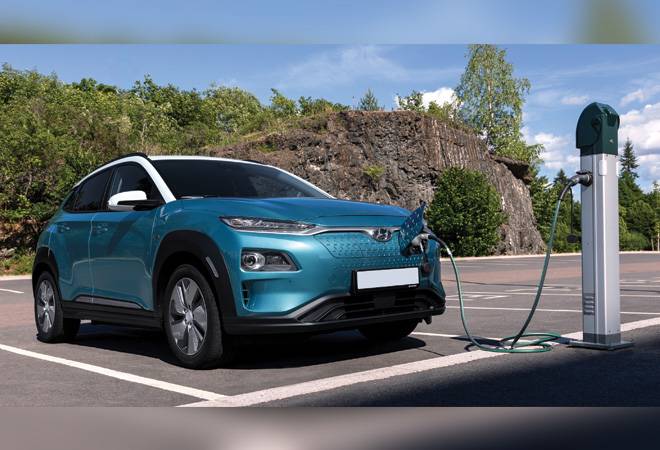 For an industry that is still in its infancy, the kind of attention the domestic electric vehicle (EV) industry has received in this year's Budget is unprecedented. The government has laid to rest any notion that its talk of electrification of mobility is lip service.

The bonanza is bountiful. There is an income tax deduction of Rs 1.5 lakh per annum on loans taken to buy EVs. The benefit to the customer works out to around Rs 2.5 lakh over the five-year loan period. Further, Finance Minister Nirmala Sitharaman announced that a scheme to provide investment-linked income tax exemptions under Section 35 AD of the Income Tax Act will be launched for mega manufacturing plants in sunrise and advanced technology areas such as lithium storage batteries and solar electric charging infrastructure. Additionally, import duties on many electric components such as e-drive assembly, on-board charger, e-compressor and charging gun have been scrapped.

Domestic EV companies, which have often struggled due to inconsistency in policy making, are understandably ecstatic. "The Budget addresses the concern over the high upfront cost of EVs. This is the best example of a consumer-driven change. This is how we envision scale and growth," says Tarun Mehta, CEO and Co-founder, Ather Energy. "It now becomes imperative that OEMs (original equipment manufacturers) chalk out plans that allow the industry to scale up and meet the demand for compelling products."

These steps are over and above the proposal to reduce GST on EVs from 12 per cent to 5 per cent. This will further reduce the price difference between a conventional internal combustion engine vehicle and an EV. High cost is a major stumbling block in growth of EVs in India. Conventional vehicles attract a GST of 28-50 per cent.

"This Budget has been very promising for our industry. The proposal to lower GST rates on EVs is a positive sign," says Rahul Sharma, Founder, Revolt Intellicorp Pvt. Ltd, a maker of AI-enabled electric motorcycles. "This is the start of a revolution and we believe that three years from now things will change rapidly and India will be ahead of the curve in the EV adoption rate."

Electric mobility has been a major thrust area for this government as it is keen to reduce the transport sector's dependence on imported fossil fuel. India imports nearly 84 per cent of its crude oil requirement every year. In April, the government had approved the second edition of the FAME Scheme (Faster Adoption and Manufacturing of Hybrid and Electric Vehicles), increasing the outlay nearly six-fold to Rs 10,000 crore for a period of three years. The scheme offers subsidies for buying e-vehicles but caps them at 7,000 e-buses, 5,00,000 e-3 wheelers, 10,00,000 e-2 wheelers and just 55,000 e-cars. "With the new income tax deduction, private buyers who were not considered for the FAME 2 subsidy will have a reason to consider an EV," says Shailesh Chandra, President - Electric Mobility Business and Corporate Strategy, Tata Motors Ltd.

The more important takeaway from the Budget was the message to the automobile industry that it needs to move fast towards electric mobility. The government has been talking about making e-vehicles mandatory for some time now in spite of stiff resistance from companies. To drive the point home, Sitharaman has penalised the traditional vehicle industry by increasing import duties on a host of components and increasing petrol and diesel prices by Rs 2 per litre.

"We envision India as a global hub for manufacturing EVs. We have been clear that we want to encourage industries that are environment friendly and discourage those that are harmful to the environment," she said after presenting the Budget. "Besides, global situation being what it is and India's public funding requirement being what it is, there is always this demand that funds should be mobilised without hurting individual tax payers. Since petrol and diesel are not in GST and we did not want to levy additional tax on individual taxpayers, we raised the cess on petrol and diesel."

At a time the industry is reeling under an unprecedented slowdown - car sales have declined in 11 of the last 12 months - this has ended up demoralising the traditional industry. "The auto industry is going through a very difficult time and was expecting some stimulus in line with what had been done during the previous two similar slowdowns. It is disappointing that the finance minister has not recognised the distress in the auto sector and not come out with any support or stimulus," says Rajan Wadhera, President, Society of Indian Automobile Manufacturers. It is as clear a message as any - there is no going back on electric mobility. It is now for the industry to either shape up or ship out.