The Many Worries of Mr Jaitley 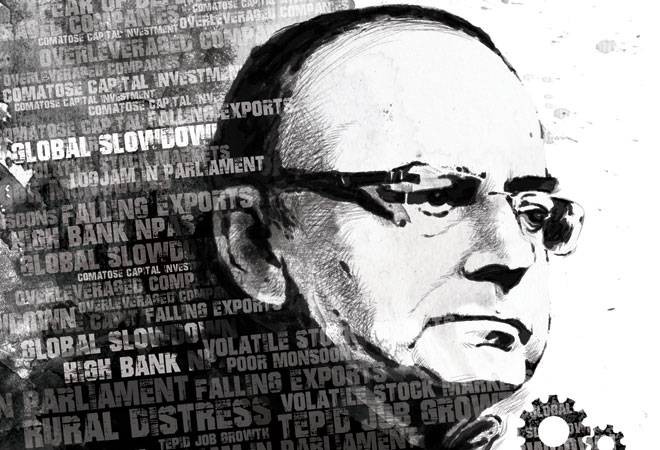 For any finance minister, preparing a Budget is all about trade-offs. It has to meet many different objectives simultaneously, and some of them might be in conflict with one another. In an ideal world, Finance Minister Arun Jaitley would have presented a Budget that would boost economic growth, raise lots of revenues in a benign tax environment, give incentives to corporations to invest more, while spending lots of money for the welfare and social well-being of all citizens, particularly the weaker sections, and also have enough money left for crucial functions of the state such as policing, defense, etc. And, all this, without running up a fiscal deficit. 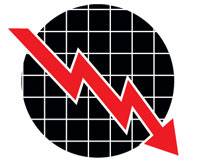 Exports have fallen 13 months in a row contracting 14.75 per cent to $22.3 billion in December 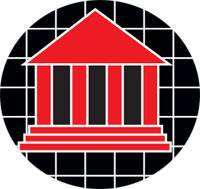 Bank gross NPAs have risen to 5.1 per cent from 4.8 per cent in the past four quarters

The rural sector is in distress

Job creation is lagging behind Global economy is looking bleak with a downward revision in growth from 3.6 per cent to 3.4 per cent in 2016. China particularly remains worrisome Unfortunately, no finance minister ever gets to operate in an ideal world. As he prepares his third Union Budget, Jaitley, too, faces a host of domestic economic challenges, at a time when the global economy is looking decidedly volatile. At home, in particular, Jaitley's headaches are growing by the day. Economic growth has not picked up as much as was expected. At the beginning of the year, the North Block team had projected a real GDP growth of 8.1-8.5 per cent for the current fiscal, accelerating to 9 per cent-plus in 2016/17. When Chief Economic Advisor Arvind Subramanian released the Mid Term Review of the Indian Economy in December 2015, the expectations had slumped. The review cautiously talked of real GDP growth for the current year at 7-7.5 per cent. The caution is warranted - in the September quarter, Indian GDP grew by 7.4 per cent, which was lower than the 8.4 per cent growth clocked in the corresponding quarter of last year.

After two consecutive years of failed monsoons, a misguided clamping down on the Mahatma Gandhi National Rural Employment Guarantee Act (MGNREGA) in the initial months of the government, and low hikes in minimum support prices early on, rural areas in most parts of the country were crying out in distress. Now, rural incomes have stagnated and consumption is down in almost all goods (see Reality Bites, page 50). Of late, the government has shown greater intent to make amends by introducing a crop insurance scheme and by increasing the outlay for MGNREGA - but those steps will take months to show results.

'Drop in crude and other commodity prices has lowered input costs for a host of industries, which has kept WPI low - in negative territory for the past 14 months, while food prices have stubbornly resisted all efforts by the government to remain under control'

Meanwhile, Prime Minister Narendra Modi and Finance Minister Jaitley have been unable to get domestic corporations, struggling with enormous debt burdens and overcapacity built up in the past decade, to invest in new projects on the ground. At every new initiative, the Prime Minister has announced his ambitious plans, such as Make in India, Smart Cities and Defence production, businessmen have rushed to make announcements of projects worth billions of dollars. But few of those announcements have resulted in any real capital spending on Greenfield projects. This has been the case with state investment jamborees as well, where corporate leaders have made big commitments, but have been tardy in following up. There are still many companies with big cash piles in their balance sheets, but most of them have preferred to pick up existing plants and divisions from other companies struggling with debt, instead of sinking money into new projects. In power, cement and a host of other industries, mergers and acquisitions have boomed, but few new plants have been announced. Meanwhile, in areas such as steel and aluminium, domestic producers are struggling because the Chinese are selling at cut rate prices to make up for slowing demand at home.

A FEW TAILWINDS THE FM ENJOYS

Crude oil prices are low at $32 per barrel, which helps infl ation and government finances

India is still attracting good FDI with cumulative fl ows of $16,631 million during Apr-Sept 2015, registering growth of 13 per cent

Many schemes and programmes, such as Make in India, Digital India, Smart Cities, should see some action in coming months

On the trade front, the outlook has been quite embarrassing - with exports falling for 13 months in a row. If the trade deficit has remained under control, it is because of the crashing crude and commodity prices that have reduced the import bill. Indeed, the drop in crude prices from $110 a barrel in June 2014 to around $30, currently, has helped the government keep its finances in check, as Business Today had reported in an earlier issue (see Oiling the Economy's Wheels, January 31, 2016). Drop in crude and other commodity prices has also lowered input costs for a host of industries, which has kept wholesale price inflation (WPI) low - in negative territory for the past 14 months. On the other hand, food prices have stubbornly resisted all efforts by the government to remain under control, one reason the common consumer is still feeling the pinch.

Meanwhile, the Centre has not been able to create the kind of jobs the country needs. The government estimates that one million young Indians join the workforce every single month and will do so for 15 more years. But in many industries - ranging from leather to gems and jewellery - labour bureau calculations suggest that jobs have actually been lost.

'The global environment, too, remains bleak - the China slowdown and the shrinking of the Russian and Brazilian economies creating a general feeling of gloom and doom. Many European countries have failed to get out of the troubles that started with the fi nancial confl agration of 2008. Even the US economy is unlikely to gain enough steam to pull the rest of the world'

The global environment, too, has remained bleak - the China slowdown and the shrinking of the Russian and Brazilian economies are creating a general feeling of gloom and doom. Many European countries have also failed to get out of the troubles that started with the financial conflagration of 2008. Even the US economy, while it has stabilised in the past year, is unlikely to gather enough steam to pull the rest of the world together. This was reflected in both exports of services from India as well as FDI flows into the country. One of the few bright sparks in the global economy, India has seen a good amount of FDI flowing into the country. But it has not been the kind of flood that could raise all industries and make up for lack of domestic investments.

In a pre-Budget panel discussion held by the magazine, one of the panellists, Sumant Sinha, Chairman and CEO, ReNew Power, plaintively asked that if the country was really growing at 7 per cent-plus, why doesn't it feel like that on the ground? As others pointed out, there are still worries that the growth figures being tom-tommed by the government are more due to a change in the way growth is captured than about any real improvement in the economic arena.

What will the Finance Minister do in this Budget? The majority of panellists in the pre-budget roundtable agreed that there were enough indications by the finance minister that a lot of thrust will be on alleviating the rural situation. There would also be a boost in government expenditure in infrastructure to pump prime the economy. In a recent interview given by Jaitley to this magazine's sister publication India Today, the Finance Minister has more or less confirmed this line of thinking. He will have plenty of popular support if he does that - with quite a few economists saying that sticking to the fiscal discipline targets he had announced in the last few years is not as important as giving a jump start to growth at the moment.

But more cautious voices, and the Reserve Bank of India Governor Raghuram Rajan is among the foremost in this regard, have pointed out that pump priming has rarely worked anywhere in the world - or even in India. In his C.D. Deshmukh memorial address at NCAER on January 29, 2016, Rajan had said: "It is possible to grow too fast with substantial stimulus, as we did in 2010 and 2011, only to pay the price with higher inflation, higher deficits, and lower growth in 2013 and 2014."

Most panellists in the pre-budget discussion felt that social sector spending will not get the kind of attention the country needs at this point in time to reduce inequality and improve the condition of the poorer half of the population. And, while some tinkering will be done on the taxation front, it may not be the kind of bold measures that would give a huge sentiment boost to corporations. Indeed, the government has constantly been dependent on increased taxation - whether excise on petrol and diesel or multiple cesses - to keep its business going and make up for shortfalls in other revenue-generation areas. That is to be expected - the Finance Minister has to work within the constraints of the external environment if he plans to balance the government's books. He has to find the money for infrastructure and rural development, while also keeping cash aside for higher outflows that will result from the implementation of OROP and the Seventh Pay Panel recommendations.

If the Finance Minister does present something dramatically different, it would surprise us all. But it would probably be a pleasant surprise.