The New Delhi WTO mini-ministerial fails to come up with any solution to the global trade wars.
Anilesh S. Mahajan | Print Edition: April 22, 2018 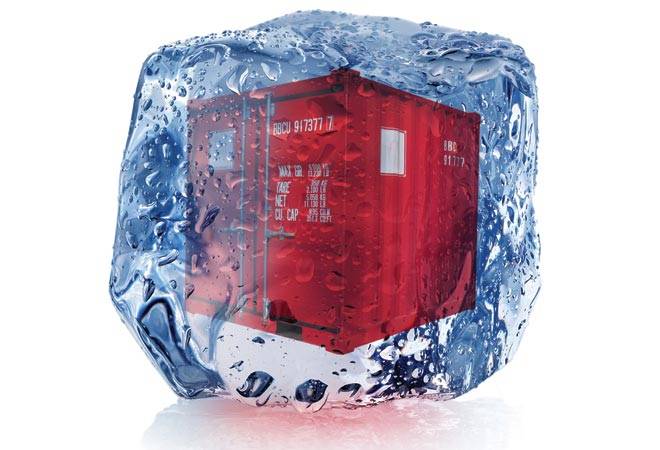 Upon landing at the New Delhi's Indira Gandhi International Airport, Roberto Azevedo, Director General of the World Trade Organization (WTO), got the first shock of his trip. The airline misplaced his bags. Azevedo, who had come from Geneva to attend an informal meeting of the WTO on March 19-20, had to buy some clothes before getting on to the discussions among WTO members at a time when the US and China are erecting newer trade barriers and free trade is under siege from countries preferring to go solo or in small groups rather than follow the rule-based global trading system that the WTO represents. The ominous background of the talks - a global trade war triggered by the US move to slap tariffs on at least $50 billion Chinese imports, its warning to both India and China on high tariffs and Chinas retaliation with reciprocal tariffs on $3 billion of imports from the US - was not the best start to a meeting whose aim was informal talks to break the years of logjam at the WTO and open up world trade further. The outcome was predictable. Azevedo arrived literally empty handed and returned with little hope of revival of WTO talks.

Does the WTO, where countries have hardly agreed on anything for years, and which is being further undermined by separate trade deals among countries, have a future? After all, in the last few months, Azevedo and the body he heads have been under regular fire from US President Donald Trump and his establishment, who are pushing for changes to suit US interests, especially vis a vis China. The protectionist turn of the world's biggest trading country cannot be good news for either the WTO or the countries it referees, including India.

One of the biggest divides in the WTO concerns US demand for change in China's status as a market economy. This will help it counter challenges to its latest move to impose tariffs on Chinese imports at the WTO. The second is its demand that dispute resolution rulings be made non-binding. This hits at the heart of the rule-based system that the WTO is expected to enforce. The third is that the top five countries according to GDP size should stop getting special and differential treatment, and this includes both India and China.

As Commerce Minister Suresh Prabhu put it, the biggest threat the WTO is facing is existence of the WTO itself. This at a time when India needs fair trade more than ever to grow its exports to 40 per cent of GDP for it to reach its target of becoming a $5-trillion economy in the next five-six years. For India, this mini-ministerial to break the logjam that had set in at the Buenos Aires ministerial in December (it was for the second time in WTO history that a ministerial had ended without a declaration) was important. But there was no taming the big players. Dennis Shea, Deputy Trade Representative of the US, made it clear that they will continue to seek reform of the way the WTO runs.

Although Shea and his boss, Robert Lighthizer, told Prabhu that their target was China and that they considered India as their strategic partner, it seems India will find it tough to avoid the crossfire between China and the US. The recent US tariffs target Chinese metal imports but India, too, exports steel and aluminum to the US. But the bigger worry is that the measures have come under The Trade Expansion Act of 1962, Section 232(b), which gives the US the power to probe if certain imports, or high levels of certain imports, are a threat to national security. There is no guarantee that this law will not be used against India too. After all, Trump has, on several occasions, named India as a high-tariff country for US products - he even mentioned the high import duties that big bike makers such as Harley Davidson attract in India. 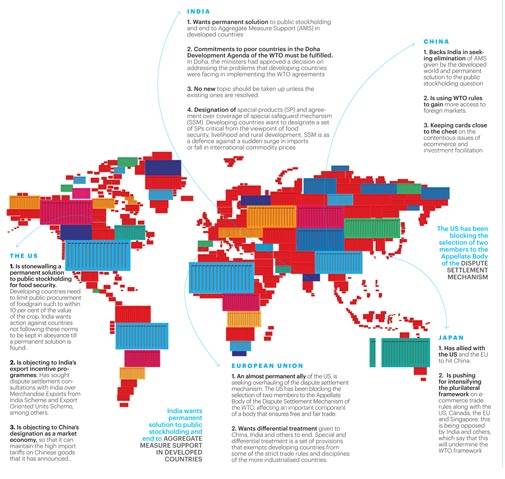 This March, the US had moved the WTO against India's export subsidy programmes such as Merchandise Export From India Scheme, Export Oriented Unit Scheme and Electronics Hardware Technology Park Scheme, saying these distort trade by giving undue advantage to Indian companies. Revenue forgone from these schemes is `45,500 crore. In the last two years, India has also fought fierce battles with the US in the WTO over domestic input requirement for solar projects. Shea also told member countries that all, including the WTO, must realise that the world has changed since 1995, when the organisation was formed. In 2016, India had exported goods and services worth $74.9 billion to the US and imported goods and services worth $43.3 billion from there. The trade gap, say Indian officials, is there but will narrow as India recently started importing oil and gas from the US (on March 29, it received the first LNG cargo from the US west coast) and has placed some big orders for aircraft with US major Boeing.

Abhijit Sen, head of New Delhi-based Centre for WTO Studies, says the good news is that the member countries started talking again after the post-Buenos Aires chill. The New Delhi round was called without any agenda so that the member countries could air their thoughts on various issues. "We have to be patient to see the outcome, but good news is that conversation started," he added.

But a solution is nowhere in sight. At the conference, the US again rejected demand from India and China for a permanent solution to the issue of public stockholding of foodgrain. The US, along with the rest of the western world, is demanding that developing countries reduce subsidies on grain bought by government agencies. The US sees this is an effective tool to check both India and China. Both India and China oppose this and in return ask for cuts in aggregate measure support - cost subventions - provided by the western world. "The permanent solution can wait, the peace clause achieved in the 2015 ministerial conference at Nairobi is permanent. Although it is tedious to follow, we can still live with it. India and the US must join hands to take on aggressive China. This fight is multi-dimensional, and will be fought in and outside the WTO," says Ashwani Mahajan, National Co-Convener of Swadeshi Jagran Manch. Under the peace clause, no action can be taken against countries violating the rule that public procurement of foodgrain be limited to within 10 per cent of the value of the crop.

Prabhu wants 40 per cent of India's GDP to come from exports in the next five-six years. After the mini-ministerial, he decided to reopen talks on free trade agreements, or FTAs, and revive the stalled multilaterals. One such FTA is with the EU and another is with the Canada (both are strategic allies of the US). Talks for the EU FTA have been held up since 2013 with Indian IT companies seeking more access to these countries along with the textile players and the EU looking at massive duty cuts on automobiles, dairy products and wines. The talks will restart in mid-April.

But officials in commerce ministry told BT that the growth India is looking at will not come from exports to developed countries alone. "We are exploring new markets. Recently, I sent a small team of my officers to study African nations. They are doing market research," says the minister. If we have to be a $5 trillion economy, we need a multi-dimensional strategy, he says.

In May 2017, India, along with Japan, formalised the Asia Africa Growth Corridor to develop infrastructure in Africa, along with digital connectivity, with a goal of creating an open Indo-Pacific Region. New Delhi-based Research and Information System for Developing Countries (RIS) anchored the vision document. Hardeep Puri, its head, joined the Union cabinet a few months later. This was followed by a quadrilateral with the US and Australia coming together with the Indo-Japanese consortium to provide funds for many of these trade infrastructure projects and counter China's growing influence in the region. "India must work faster on trade infrastructure," says Sachin Chaturvedi, Director General of RIS.

After the mini-ministerial, Prabhu emphasised the need for multilateralism and strengthening bilaterals. "Engaging with others is imperative and at this stage of Indian progress absolutely inevitable," he said a week after the mini-ministerial. He added the WTO and rule-based trade is more relevant for India in the current scenario.

Caught in the Middle

Why India should Buttress WTO