More for sentiment than outcome, what the new government does in the first few weeks will be critical. Business Today spoke to a few experts to find out what these initiatives should be.

What is it about 100 days that excites the imagination of everyone?

Last few weeks “the first 100 days” were clearly in news. First, it was President Obama completing those many days in office without discrediting the hype that preceded him to the Oval office. Next, our own Prime Minister promised panacea for economic woes in a similar span of time—another “first 100 days” for him after five years at the helm of the country.

So, what are the expectations of the agenda that the new government should run with? No surprises there. It is a fairly well-known list, but prominent among them are: fix the constraints hampering the agriculture sector, set the land acquisition policies right, invest in infrastructure—both physical and social, including education and healthcare—and formulate a governance agenda.

In the next few weeks as the election dust settles down, most policy watchers would keenly be awaiting two major events—the Cabinet appointments and the Union Budget, which would put up the signposts of what can be expected over the following months as far as economic policy is concerned.

Says Subir Gokarn, Chief Economist, Standard & Poor’s Asia-Pacific: “The first indications of the nature of the new government would come from who gets which ministry. If the appointments are botched up, then it can undermine confidence.” That apart, agriculture sector is top of the mind and that includes issues related to irrigation and ground water conservation. The second Green Revolution is a term that pops up quite regularly. Investment in infrastructure including public housing would naturally draw whoops of joy from corporate India as would any measures to simplify land-related laws. 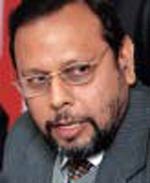 Reduction in cost of credit