Despite staring at bankruptcy in the US, General Motors is pushing ahead with expansion plans in India. 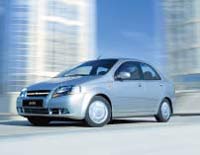 General motors (GM) is in dire straits in the US, but it has ambitious plans for India. “The Indian operations are fine,” says a very indignant P. Balendran, Director (Corporate Affairs), General Motors India. “We just opened a new factory with a capacity of 140,000 cars last month. And we have announced a new powertrain plant as well,” he adds. In fact, in India, GM has managed to grow over the past few years, though some of that growth has come due to heavily discounted sales, which is endemic in the automotive industry today. In 2007-08, the company sold 66,543 vehicles, growing over 70 per cent. In the seven months ended October 2008, GM had managed to sell 39,438 units, a growth of 7 per cent, which outpaced industry sales growth of 5 per cent in the same period. The company had also managed to grow market share to 4.4 per cent (at present) from 2.8 per cent in 2006-07.

What is truly ironic for GM is that its troubles are almost solely at home in the US. The three other divisions of GM—Asia-Pacific, Europe and Latin America—are profitable. In a key market like China, GM is already the largest foreign carmaker with its Buick brand outselling Toyota and Volkswagen. Indeed, in 2007, for the first time in its history, GM sold more cars outside the US.

The outlook for its international operations still remains uncertain. If there is no bailout for the beleaguered automaker by January next year, North American operations might need to shut down. Worse, investment plans in countries like India might be put on hold. Even if GM goes into Chapter 11, a US tax code that shelters companies from their creditors, operations in countries like India and China might need to be hived off.

GM appears to be heading towards a reasonably successful year in India. It’s now aiming to grow its market share to 5 per cent in the country. However, events thousands of kilometres away might still leave them on the dust-heap.

The road ahead
• GM along with Ford and Chrysler have asked for a $25 billion bailout from the US government
• Without a bailout, GM does not have enough cash to operate in 2009
• If GM goes into Chapter 11 Bankruptcy Protection, they might also be forced to sell the Indian and extremely profitable Chinese
operations
• The worst-case scenario: GM heads into Chapter 7 Liquidation
TweetYoutube