Two years ago, networking equipment giant Cisco Systems hogged the headlines when it announced plans to invest $11 billion across its India operations and then backed up these plans by announcing plans to locate 20 per cent of all its staff in India.

Cisco faces a tough test as it expands its presence in India.

Two years ago, networking equipment giant Cisco Systems hogged the headlines when it announced plans to invest $11 billion (Rs 44,000 crore) across its India operations and then backed up these plans by announcing plans to locate 20 per cent of all its staff in India.

Now, John Chambers, Cisco’s charismatic Chief Executive has taken the next step by earmarking $100 million (Rs 400 crore) for investments in start-up companies and inaugurating a globalisation centre in Bangalore that is expected to house up to 10,000 people in three years. 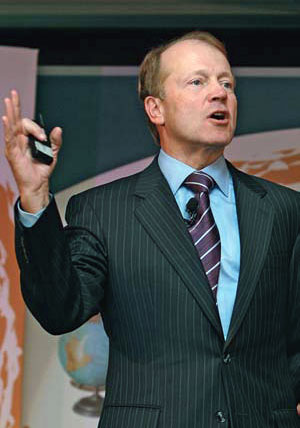 The company reached another milestone when its local operations crossed $1 billion (Rs 4,000 crore) in revenues this year, with around 60 per cent of this coming from the routers market, where it enjoys a dominant 85 per cent share. “We are the market leader across all our market segments and we continue to grow market share,” says Naresh Wadhwa, the company’s recently appointed India Head. On a recent visit to India, Chambers told the media that he would be “quite disappointed” if the India business didn’t grow at around 30 per cent annually.

Despite Cisco’s strong growth and market share in India, Chambers and the rest of the company’s senior management are aware that they face a fight from both local and multinational competitors. Already, the likes of Huawei, Juniper Networks and even local players like D-Link (now headed by former Cisco hand Rangu Salgame) are all lining up for a bite of the fast-growing Indian IT and network equipment market. According to some estimates, Indian companies will spend over $3 billion (Rs 12,000 crore) on their IT requirements in 2007 and this market is expected to grow at over 22 per cent annually. Already, several big-ticket deals have been announced over the last few months. Nokia-Siemens, for instance, bagged a multi-million dollar contract from BSNL.

The key to Cisco’s India growth lies in its swish globalisation centre in Bangalore. Says Wim Elfrink, the company’s Chief Globalisation Officer, who relocated to India as part of the firm’s sharp India focus: “There is no way a large multinational can be serious about India without having senior management stationed here.” Externally, Cisco is looking to build its presence not just through its $100 million VC commitment, but also through alliances with Indian IT companies to build sector-specific solutions.

For example, Cisco will be a minority shareholder in a JV with Satyam to build a “virtual healthcare management solution” based on Cisco’s backbone.

Despite Cisco’s rapid growth in India, the company has faced several hiccups on the way. It has been through three different India heads in the last 12-18 months (Salgame, Jangoo Dalal and now Wadhwa) and has lost much of its senior management in the last reshuffle. “These are part of the churn of a growing company,” a company executive says. At the same time, competitors are also beginning to make inroads into the Indian market, with Juniper Networks and Huawei all lining up to take pot shots at Cisco.

But Cisco is confident that its products, and the direct focus of its top management on India, will ensure that it remains on the growth path it is currently on.

M for music, N for next