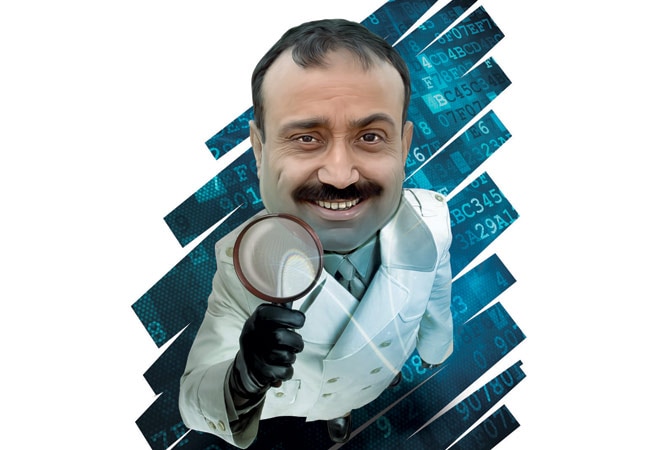 Around 2007, IT services bigwig Infosys started a 'Performance Engineering and Enhancement' practice. The idea was simple. customers were irked at the quality of applications being delivered. The group had to ensure that there were no last-minute surprises - all large programmes needed monitoring to be made failure-proof. Over the next four years, Infosys managed to save at least 20 projects that were nearly doomed, says Rajinder Gandotra, an Associate Vice President with the company at the time, who started the group.

By 2011, however, Gandotra had left Infosys to set up his own outfit along with three others on similar lines. He called his start-up Avekshaa, a Sanskrit word that means care, courtesy and attention. It was a niche area but one where a lot of money could be made. There was an eye-popping number he spotted - a market analysis he came across said enterprises collectively lost $73 billion annually because of technology performance issues. That would translate into an $8.5-billion opportunity for companies such as his, or those that can help corporations prevent IT failures.

center
A bank's core banking application, for instance, would be a complex mash of many layers of technology - networking, hardware, storage, application server, web server, middleware, products and the database. Multiple vendors supply the technologies, and the office of the bank's Chief Information Officer integrates all these stacks. Avekshaa, Gandotra told himself, would step in with its solution that detects problems, predicts failures and enhances the IT systems before they go live. He would help large corporations reduce risks as they adopt new technologies and products or do tech upgrades.

There are many ways to describe Bangalore-based Avekshaa today. Broadly, the market it operates in is called 'assurance'. But one could look at Avekshaa as a consulting firm, a services company or a platform provider. Besides people who consult and re-engineer processes - there are 52 employees - the company has its own intellectual property and products. It uses software modelling techniques that can foretell if an IT architecture being developed will fail when it is only 10 per cent done.

Gandotra is not the typical hoodie-flaunting tech start-up founder just out of college. He is 48 years old, talks a lot, sports a thick moustache and smiles often. When asked to describe what he does, Gandotra comes up with a geeky response: "We are a highly specialised IT solutions company providing P-A-S-S." Short for 'Performance, Availability, Scalability and Security', without P-A-S-S, no application can work well.

The company has covered quite some ground since it started. It now has 23 customers ranging from banks to manufacturing companies - IndusInd Bank, ICICI Bank, HDFC Bank, Axis Bank, Cox & Kings, Tata Motors, and Hewlett-Packard, among others - and raked in revenue of `6.7 crore in 2014/15. Along the way, it picked up some awards - NASSCOM's Emerge 50 2013 Awards, for instance. It ranked 250 on the Deloitte Technology Fast 500 Asia Pacific 2014 rankings, whose pecking order is decided on the basis of revenue growth over three years.

Avekshaa's first project was for a large private bank. Customers typically receive an SMS after they withdraw money from an ATM. "This SMS is expected to come in two seconds, which is part of the security implementation. However, customers of the bank were getting the SMS after a minute, two minutes, sometimes 10 minutes," Gandotra says. "The application required code changes and configuration changes. Within six weeks, we solved the problem," he adds.

Another large project the start-up executed was for IndusInd Bank. The lender had a core banking application from Misys, the British financial software company, but wanted to switch to Infosys's Finacle core banking application. That decision was fraught with risk. "It is like changing an engine," says Gandotra. Systems could have slowed and the queue on the call centre would have grown longer. There was a possibility that ATMs might not be able to dispense money in time, while credit and debit reconciliations could have spilled over to the next day. "It was a serious risk because it could have impacted customer service, employee morale, productivity and, of course, the bank's image," the founder explains.

mosimageAvekshaa reviewed Finacle's software code. "We found about 20 issues in the software code, 23 issues in the middleware, and more than 18 issues in the database. There were issues in the operating system configuration. One issue was that the log-in was taking time for the banker. In all, we identified 83 problems," says Gandotra. Avekshaa resolved the problems to help the bank implement the new system. Paul Abraham, Chief Operating Officer of IndusInd Bank, acknowledges the start-up's efforts. "Finacle core banking implementation was one of the most significant steps in the bank's transformation journey. With able support from Avekshaa, the transformation journey was seamless," he is quoted as saying in a testimonial on Avekshaa's website.

Sainath Sherigar, Technical Program Manager for Information Technology at travel company Cox & Kings, also vouches for Avekshaa. Cox & Kings called the start-up for help in December last year when the company's primary website and the booking application became slow. Avekshaa optimised the code and made configuration changes in the technology layers to improve the response time of the application. The issue, says Sherigar, was resolved in 10 weeks.

What is the way forward for Avekshaa? International expansion is on the cards. The company is starting operations in the US and Australia. That means the company, which was thus far running a lean organisation, would require more funding. Avekshaa is funded by Karnataka Information Technology Venture (Kitven) Capital Funds and V. Balakrishnan, former CFO and board member of Infosys, who holds about one per cent of the start-up. In all, Avekshaa has raised just half a million dollars. "This is a very specialised area with little competition. Avekshaa has the potential to be a high-end consulting company using its IP to reach $100 million in revenues by 2020," says Balakrishnan.

Nevertheless, competition in global markets could be fiercer. While large Indian IT services exporters like Infosys and TCS may have assurance practices to ensure quality of their internal projects, Avekshaa's real competition could be firms like the US-based Compuware. "Thus far, we have encountered them as competition once or twice," says Gandotra. "The problem is very large. There is enough meat for everybody."