Cerana Beverages' craft beers have made an initial impact, but retaining the fizz in a crowded marketplace is a big challenge. 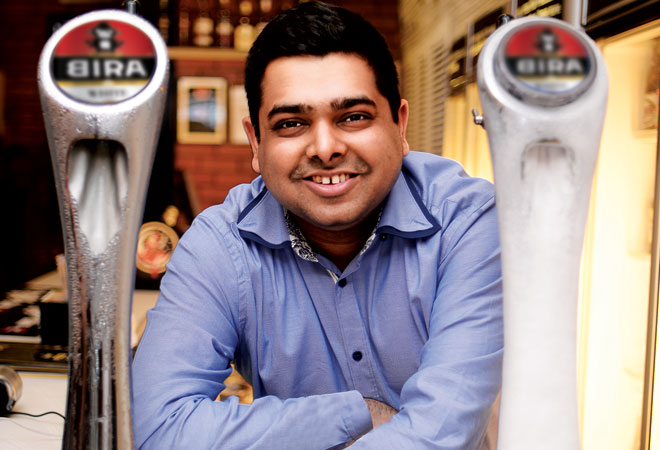 For a Monday evening, My Bar, a watering hole in Delhi's Connaught Place, was unusually busy. The entertaining banter of the tipsy was temporarily punctured by an argument. A 30-something across this writer's table ordered for "Bira White" - a wheat beer low in bitterness. The bottle served, instead, was a lager, the more bitter "Bira Blonde". The pub had run out of the wheat beer and the waiter opened the lager, inviting his customer's wrath. He refused the drink. And the bill.

Bira White was not available at The Beer Cafe, a beer chain, either. Nor did this writer find a bottle at retailer Nature's Basket's Greater Kailash outlet. The retailer, informed an employee, had run out of stock after this wheat beer outsold the lager 3:1 in the past few weeks.

For an established company, an "out of stock" scenario implies serious loss of business resulting from poor forecasting. But Ankur Jain, founder and CEO of Cerana Beverages, does not fret. He triumphantly calls the two beers "India's first craft beer" brands. "We have sold 10,000 cases in Delhi in May; 70 per cent of that is Bira White," he says. One case is two dozen 330 ml bottles. In terms of gross revenue, it clocked $1.5 million (Rs 9 crore) in Delhi in May. "It is beyond our expectations," he says.

There are different ways to describe a craft beer. An "intellectual beverage" to some; to others, especially the Americans, it must be "small, independent, traditional" - the flavour has to derive from innovative brewing ingredients and its annual production no more than six million barrels. Jain does not agree with this description. "Craft can be big. But the essence remains the same - great-tasting beer made with natural ingredients, made by passionate brewers, and the right processes," he says, before emphasising, "Taste triumphs testosterone."

When Jain was thinking of an Indian beer brand around 2013, the choice of this category was easy picking. India consumed around 270 million cases of beer in 2014/15. Craft beers, including microbreweries, make up only one per cent of the market. Overall, the market is dominated by United Breweries Ltd (UBL). According to a June 2015 report by brokerage ICICI Direct, UBL has a 51 per cent market share with its Kingfisher brand alone commanding a 36 per cent share and its Heineken brand in the premium segment countering global brewers. Jain positioned his beers between a Heineken (Rs 100 for a 330 ml bottle in Delhi) and a Corona (Rs 200). While Bira White costs Rs 175, the Blonde comes for Rs 150.

The pricing, in many ways, is a function of his operating model. Cerana does not brew in India. It outsources production to Belgium. "We created the recipe. It took us a year to arrive at the right taste. We had a Belgian brew master," Jain says. The idea was to introduce Indian guzzlers to a quality they were not familiar with. "The message from Kingfisher was 'we are the authentic Indian brand and therefore, as an Indian, you should consume me'. Everybody else who came from Europe or America was telling the consumer 'drink me because I am so highly respected'. It was a sterile message, a condescending message," Jain analyses. "But beer drinking is meant to be a lot more democratic and fun." Along came Bira with a winking, perhaps a drunk monkey on its label - symbolising the tropical climate, India, and fun.

Jain is exploring ways to drop his pricing to around Rs 100 and thinking of local production - the company's Vice President of Production, Jaideep Wanchoo, recently joined from Carlsberg India where he was the head of quality. Interestingly, most of Cerana's leadership have little background in the alcohol industry, though all of them are fanatical beer lovers. Chief Operating Officer Anuj Krishan's last job was at UBS Investment Bank in London. He loves his beer pilgrimages to Belgium, "trying their various lambics - beer fermented with wild yeast". Marketing head Tanmoy Mukherjee was earlier with Lavazza Coffee. He once "drank himself silly in Stockholm bars". And Jain's most memorable beer experience was "staying overnight in the dorms of the Abbey of Chimay, waking up at 5 a.m. for a prayer, and then heading to the breakfast room for a beer with the monks." 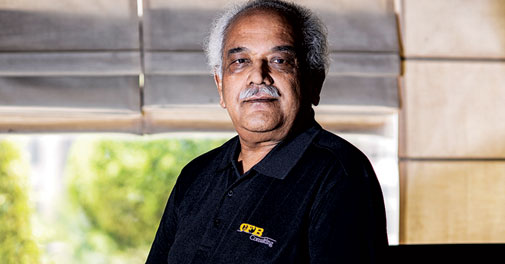 'You need money to establish the brand. For smaller companies, the brand promotion will be limited. Also, big daddies keep a watch. They can offer better schemes to retailers and distributors', says Pradeep Verma, Senior Partner CFB Consulting GmbH.
Jain is a techie. His first job was at Motorola in the US, where he developed mobile applications. His first start-up, in Brooklyn in 2002, was in health-care management. He sold the firm in 2006 and moved to India to work with Reliance Retail. "In Brooklyn, my office was down the street from the Brooklyn Brewery, where I used to spend a large part of my time every Friday and Saturday," Jain recollects. "I was not a beer drinker before I moved to New York, but Brooklyn made me one." Cerana started as an import and distribution company in 2009, but pivoted in 2013, when Jain saw an opportunity in craft beer.

The path ahead is likely to be bumpy. Excise is a state subject and changes in tax rates is one headwind every alcohol company faces. Cerana learnt this lesson early. The company initially launched the beers in Delhi and Gurgaon, but had to pull back from the latter from April 1, as Haryana upped excise duty on imported liquor and its beers became three times more expensive.

The start-up is now expanding in Bangalore, Mumbai, Pune and Kolkata. But as it expands, distribution costs and complexities will increase. Pradeep Verma, Senior Partner at CFB Consulting GmbH, and a beer consultant, says one needs deep pockets to become a pan-India brand. "You need money to establish the brand. For smaller companies, brand promotion will be limited," he says, and adds a second challenge: "Big daddies keep a watch. They can offer better schemes to retailers and distributors."

Samar S. Sheikhawat, Senior Vice President of Marketing at UBL, thinks microbreweries and craft beer is largely a big city phenomenon. For the next five years, he predicts, the market for craft beer will remain small. Today, 85 per cent of the market is strong beer, or those with seven to eight per cent alcohol content. Indians like to get a "kick", and mild beer (including craft beer), with less than five per cent alcohol, will not have many takers.

All entrepreneurs are optimists - Jain believes craft beer, including microbreweries, would capture 15 to 18 per cent of the market by value in 10 years. The overall Indian beer market would expand, too. The per capita consumption of beer in India is below two litres whereas Russia guzzles 76 litres, Brazil 64.5 litres, and China 34.5 litres. The ICICI Direct report says India's per capita beer consumption will rise to five litres over the next decade thanks to favourable demographics, greater social acceptance and higher disposable income. To Jain, that very thought is more intoxicating than the drink he makes.

Why distressed assets market is rising in India