What's prompting diversified conglomerates like UTC and Sony to fold back businesses into one entity and how is it working out? 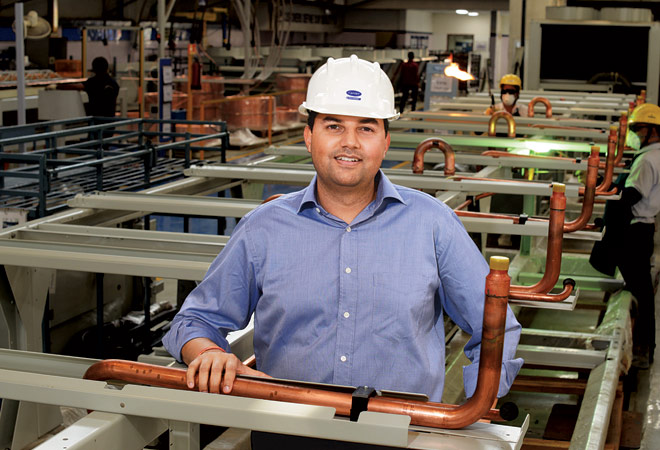 Diversification or Diworsification? A huge fallout of the recent global financial crisis is the way diversified conglomerates have looked at their varied portfolios and decided to reorganise. In 2011, as Japan's beleaguered Sony Corporation stared at an annual net loss of $6.4 billion, it knew something needed to drastically change. Sure enough, new CEO Kazuo Hirai came up with a 'One Sony' recovery plan, trying to pull cameras, films and insurance all together. "We don't want all these kites with no strings flying all over the place," he said, as he set about reorganising Sony into an integrated whole, even as analysts wondered how entertainment and consumer durables could be aligned together.

Around the same time, in America, PepsiCo unleashed its 'Power of One' strategy, bringing together its food and beverage units. Even as critics questioned whether the move would diffuse focus on the revenue generating sodas, CEO Indra Nooyi insisted that "PepsiCo's value is maximised as one company". The rationale for the integration she gave the shareholders: it would provide compelling scale and cost leverage with annual cost savings pegged at $800 million to $1 billion through shared procurement and joint advertising, among other things.

In 2011, as Japan's beleaguered Sony Corp stared at an annual $6.4 billion net loss, it knew something needed to change. New CEO Kazuo Hirai came up with a 'One Sony' recovery plan, trying to pull cameras, films, insurance together

Meanwhile, aerospace to consumer durables to building systems behemoth United Technologies (UTC), with brands like Carrier and Otis elevators in its fold, also began the lengthy process of integrating as one company. Over the years, UTC, through acquisitions, had got into all kinds of segments. Between 2008 and 2011, UTC took a good hard look at its portfolio, decided what was core and what not, and began divesting non-core areas, finally consolidating its businesses into two segments - Building and Industrial Segments (BIS), and Aerospace. All the businesses - air-conditioning, fire and security, elevators - that had something to do with buildings, were integrated into one company - UTC Building and Industrial Systems.

"In the past, our business in UTC, whether it was Carrier or Otis or the fire security business, operated individually in the market space. What happened since 2008/09 was as we grew in size as an organisation globally, there were a number of acquisitions done in the global platform. If you look at the fire and security business of ours in isolation, we went from pretty much zero to around $7 billion in just six to seven years. Sixty-plus acquisitions globally drove that. Similar things were happening on the Carrier business side too," describes Gaurang Pandya, President, UTC Building and Industrial Systems. Clearly, a new approach was needed to manage this growth.

For UTC, the focus of the integration of all its building solutions companies was how it would simplify things for its consumer, helping it market more efficiently to one common consumer. For PepsiCo, too, this was one of the driving reasons to integrate beverages and snacks as the consumer for these products, it reasoned, was one, and it could scale better as one entity.

For different corporations, there are different imperatives for integration, but the thought processes driving the unification for all was the same. Integration would help cut costs. It would help market the products better to a common consumer. And it would allow the company to share capabilities across geographies and sectors.

There's suddenly a clear trend of diversified conglomerates moving towards integration of their businesses. It's not an easy process. It's also reopening the old debate of whether focus is better than diversity. But this time around instead of divesting, the 'One Approach' being tried out by companies is to keep the diversity, yet provide focus through management reorganisation.

In fact, long before UTC or PepsiCo attempted this, tobacco to hotels homegrown conglomerate ITC did it. It folded back its paperboards and hotels business back into the company in the 1990s. It then created a three-tiered management structure to manage focus as well as diversity. At the top sits the board, which looks at the bigger picture, compliance and statutory issues. At the second level, it created a corporate management committee, which would look at opportunities and strategic management and look at synergies. At the third level were the divisional management committees - essentially the CEOs of different businesses who would look at their units in a focussed way.

PepsiCo, for its part, has created global business groups to stay relevant in a hyperconnected economy, setting up a global nutrition group, a global snacks group, and a global beverages group.

PepsiCo unleashed its 'Power of One' strategy bringing together its food and beverage units. The rationale for the integration: it would provide compelling scale and cost leverage with annual cost savings pegged at $800 million to $1 billion

Similarly, when PepsiCo outlined its 'Power of One' strategy, it pointed out that in emerging markets, the snacks business would benefit massively from the scale of its beverage business, and could grow on the back of it.

Even the world's most respected diversified conglomerate General Electric (GE), interestingly, has a separate strategy for India, with all the diverse businesses reporting to one common chief. John L. Flannery, President and CEO of GE Healthcare, says, "I would say we have not had slogans such as 'Power of One', but we have had the mindset. How can we leverage ourselves in the R&D space, how we can go to governments and pitch together? Outside of the US, this is more important. The structure of India is different and this is why here all businesses report to one common person. You get a lot of benefits - scale, coordination, broader canvas to attract talent."

It's early days yet of the 'One' approach. Whether it can help Sony lift itself out of the doldrums, provide the scale and growth that PepsiCo and UTC are looking for all hinges on execution of the strategy.

"CUSTOMER FOCUS LED TO THE INTEGRATION" GAURANG PANDYA, President, UTC Building and Industrial Systems, who has seen the organisation through the integration curve, describes the reasons and benefits to CHITRA NARAYANAN. Excerpts:

Q-It's interesting that India was the pilot where UTC first implemented the integration. Any specific reason?

A- Well, we were doing this in two or three different countries globally, largely emerging type markets where we were looking at the opportunity… But, yes, India was one of the first countries we tried this out. What we found through the process was there was a lot of good feedback from our customers in the area and it helped us to consolidate a bit. In nascent markets, it is easier to drive change faster.

Q- How has the integration helped the business grow?

A- There are probably three different planes where we see these synergies. One is obviously the base level cost. When I talk about cost, it is not about research or taking people out. It is about infrastructure. The way we operate. In India, we had multiple offices for each of the divisions. For example, in Bangalore we probably had five offices through various acquisitions and each one had anywhere between 10 and 50 people. Now as we've come together, we've been able to bring them all under one roof and the scale has improved significantly because now when you go to any of our offices in the big cities we have anywhere between 200 and 300, maybe even 400 people under one roof and it gives the organisation a lot more mass to work with in terms of investing in developing talent, people, and growth of individuals. It has helped a lot in terms of employee engagement, development, and talent selection. So, at one level, when I talk about synergies, it is around people, it is around cost.

Q- But you must have let go of a lot of people when the integration happened? Isn't that inevitable?

A- No, not really. This is because the scale of our operations only increased, so frankly there was room for people in this organisation.

Q- You mentioned that customer focus led to the integration.

Absolutely, one of the factors driving the integration was in terms of what the customers' needs and demands are going to be in the next decade. Prior to 2010, we were very focused on product sales as such and segment wise product sales. If you look at the Indian market, for example, penetration rates of products are still very low. We are going to continue to grow that over time. Today, what we are seeing is that the customers are coming back and asking us, okay, besides the product that you are selling me, which by the way player XYZ is also doing, what is the other value-add that you bring to the table? A lot of us who have been in the corporation had asked this question for a while. But as we brought the fire, security, and Carrier businesses together as a first step, we saw a lot of opportunity and synergies in selling different products together. On technology, on basic levels like cost and infrastructure as well as from a customer demand standpoint of what other solution could we provide to them.

Q- What were the other aspects of the integration?

A- The other aspect was frankly looking at technology in integration. When I talk about technology integration, it's a lot of stuff that we started developing, maybe two to three years back, and its probably getting to a point where we will be able to commercialise a lot of it one or two years down the line. To give you an example, on the Carrier side, we have a specialist in energy who looked at what can be done within a building. But when a person was looking at energy savings he was only looking at it through the HVAC (heating, ventillation and air-conditioning) systems. Now the person can actually focus on energy across the building space, including elevator systems, or fire and security systems. We can look at integrating these technologies to be able to manage the entire building's energy flow better. One of the areas where it has already helped is being able to bring in data and information. So when you get into a building where we have the air-conditioning systems, and where we have the cameras and detectors and elevator systems and access cards - all under the UTC gamut of products and solutions - you can pool the data together. So when you start talking about big data or integration, the more information you have, you're able to use that in a smarter way through the process and you're able to actually run the whole building in a better way. You can read the load profiles inside the buildings through access cards. You know, if you suddenly have 50 people in a room, what kind of an air-conditioning system we need to operate. So, it is both a comfort and energy-related thing that you can manage by bringing in data from different sources.

'We are against mobile app-based taxi services'