Gensler has big plans for India, and it’s in it for the long haul.

India is taking a definite shape on the drawing board of Gensler, the world’s largest real estate design company. With over $683 million (Rs 3,141.8 crore) in revenues and over 3,200 people, the US-headquartered design firm now wants to rapidly expand its presence in the country and other emerging markets, even as the slowdown at home in the US market begins to bite. “We already have 10-12 projects covering over 10 million sq. ft, but we believe that we are just finding our feet in India,” says David W. Gensler, Executive Director, Gensler. 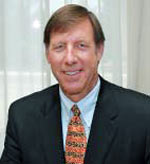 David W. Gensler
Gensler has tied up with Singapore-based Studio Matrix to set up a captive architecture hot shop in Bangalore called Studio i. “This is not a traditional outsourcing business; we prefer to call our work creative design insourcing,” says Gensler. For the past few months, a 20-member team in Bangalore has been piloting this initiative, where employees from various design offices in the US, Europe and in India lean on Studio i’s design nous to help execute projects. “We have capacity for up to 200 people, which will be filled soon,” he adds.

From a long-term perspective, Gensler is only getting started in India. “We have several large multinational clients who’ve expanded into India and we expect to work with them here,” says Gensler.

There is vast headroom for growth, company executives feel. For starters, Gensler wants to work with large MNCs coming into India and then expand its business by working with domestic firms. “We want to look at fastgrowing markets such as retail and airport infrastructure,” says Gensler. Already, the firm is working with Chennai Airport, and hopes to expand its reach not just to other large metros, but to greenfield construction in smaller towns, too. “We think that Indian retail is just taking off, and in terms of design, there is lot of value-add we can offer,” he adds. The drawing board just got bigger for Gensler.

Master plan
• Gensler claims to be the world’s largest architecture design firm
• It has 10-12 projects covering 10 million sq. ft on the ground in India
• It has set up an architecture services captive unit in India
• The company to target retail, airports and enterprise customers
• It will focus on green buildings and has, perhaps, the world’s largest base of LEED-certified experts
TweetYoutube