With the left no longer in the equation, the government, perhaps, thought it was an opportune moment to push ahead with state-owned telecom major BSNL’s proposed $10-billion (Rs 43,000-crore) IPO plans.

With the left no longer in the equation, the government, perhaps, thought it was an opportune moment to push ahead with state-owned telecom major BSNL’s proposed $10-billion (Rs 43,000-crore) IPO plans. However, it did not bargain for the obdurate stonewalling from the employees’ union.

If the IPO does go ahead and the company does manage to raise Rs 43,000 crore by selling a 10 per cent stake, it will value the telco at Rs 4.3 lakh crore (around $100 billion). It will also be India’s biggest IPO. Besides, it will catapult BSNL into the league of top telcos in the world, streets ahead of the competition in India, in terms of market cap. The market valuation of Bharti Airtel, the largest telco in the private sector, is just around $37 billion (Rs 1.59 lakh crore). 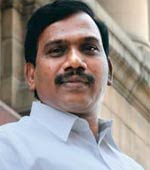 BSNL’s Raja: Faces apprehensions
BSNL is India’s largest telco both in revenues and subscribers. The PSU has about 83 million customers (fixed line and mobile). But despite its reach, it has been steadily losing ground to private operators like Airtel, Vodafone and Reliance Communications, who are diving deeper into the market with a far more effective marketing and distribution muscle. The company claims the IPO will help increase its network across the country and allow it to take on competition, especially in rural areas whereprivate operators have so far shied away from launching operations.

However, some reports say that the proceeds from the IPO will actually accrue to the central government’s kitty and help bridge its massive revenue deficit. The unions, however, do not want anything to do with it despite the government offering the 350,000 BSNL employees stock options (500 shares each at Rs 10).

When BT contacted V.A.N Namboodri, Secretary General, BSNL Employees Union, one of four unions at the telecom company, he voiced apprehensions that even a small divestment could be the first step in the road to privatisation.

Says Namboodri: “When the government divested Videsh Sanchar Nigam Limited (VSNL) it said it would never privatise the company. Then, it sold it to the Tatas cheaply. Divesting a stake in BSNL will mean that the government will sell us to the highest bidder in a few years.” The union leaders have already petitioned the Prime Minister opposing the proposed divestment. Asserts Namboodri: “We are not taking any action now but in case the government goes ahead with the proposal, we’ll go on strike.”

For the moment, the government is avoiding a direct confrontation with the employees’ union and has not set a definite timeframe for the IPO. However, analysts feel that the markets may not give BSNL the kind of aggressive valuation it is targeting. The company is saddled with legacy systems and combative employee unions.

Worse, it is grappling with sharply declining yields in its mainstay landline business. All these factors combined may dampen investor sentiment. Even replacing Priety Zinta with the hottest new starlet in town, Deepika Padukone, as its brand ambassador may not help.