The Spice Group has plenty riding on A1GP racing.

It’s not just flamboyant liquor baron Vijay Mallya who has a thing for motorsport (he recently bought Formula One team Spyker, now renamed Team Force India). The Spice Group’s A1GP Team India, too, is going places. The latter, though, has opted for a low-key build up: “It’s after our scheduled participation in Sepang, Malaysia (November 23-25) that we will get down to scouting for brand sponsors for advertising on the car,” says the Spice Group’s Ravi Chilukuri, A1 Team India’s seat holder.

To be sure, there’s a company that’s under incorporation which, after all clearances, will be known as A1GP Team India Pvt Ltd. This venture will be a part of the $1.5-billion Spice Group that has wide business interests spanning aviation, real estate, infrastructure, hospitality and oil and gas. 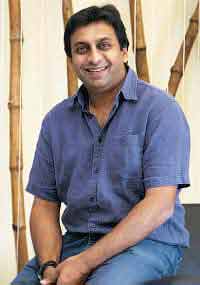 Group company Spice Energy is associating itself with A1 Grand Prix motorsport and owns Team India. Chilukuri will be Chairman of the soon-to-be incorporated company. He represents Team India and will be a part of the global decision-making on A1GP board, representing India and will actively contribute on decisions relating to race circuits and the like.

An entire management team is being put in place to nurture the sport’s growth and Team India’s performance in future. The organisation, A1GP Team India Pvt Ltd, would be headed by Andaleeb Sehgal.

“There is genuine love for the sport among promoters of the company; now we intend to take this up very seriously. Also, it makes commercial sense as we have diverse, global business interests. For instance, we have business in the UK, and when there’s a race on that circuit, we will get exposure,” says Chilukuri.

Plans, however, do not yet include a frenzied pitch for endorsements and sponsors. “We want to go deliberately slow and build momentum for the sport. Once the team’s performance, led by Narain Karthikeyan, kicks in we will actively go out and seek participation,” says Sehgal.

A1GP motorsport has come on to a more aggressive platform as Ferrari has announced its decision to partner with it and supply all A1GP engines. This comes in the wake of hedge fund Rab Capital acquiring a majority stake in it last year. This is a fairly young motor sport as it was launched in 2004, at the prestigious Jumeira Beach hotel in Dubai by founder Sheikh Maktoum Hasher Maktoum Al Maktoum.

A1GP is seen as the World Cup of motorsport. This motorsport, unlike Formula One, seeks to pit driver against driver and country against country. A1GP brings together 22 nations in 11 races in 10 countries to compete as equals without financial or technological advantage. “Here drivers are permitted 300 variables where each competing team can work around tyres, springs, etc depending on the track conditions. But usually the engine, the bhp, the cars are all the same and eventually it’s the skill of the driver and their decisions that come into play,” says Sehgal.

Back in the saddle