NELP VII: Not so gushing

After a 10-month delay, the government is finally kicking off the seventh round offerings of oil and gas exploration blocks. On November 5, the government will embark on a ‘roadshow’ to solicit participation in an auction process, to be held a few months from now, to award the blocks.

A fresh set of oil blocks goes under the hammer.

After a 10-month delay, the government is finally kicking off the seventh round offerings of oil and gas exploration blocks. On November 5, the government will embark on a ‘roadshow’ across the globe to solicit greater participation in an auction process, to be held a few months from now, to award the blocks.

How attractive are the exploration blocks on offer and what is the market response likely to be, especially with global crude oil prices in striking distance of $100 a barrel? After all, thus far, except for BG and Shell, the country has not attracted any of the oil majors like Exxon Mobil, ConocoPhillips and Chevron Texaco. Says an official: “Fact remains that the most prospective hydrocarbon bearing region, the KG basin, has already been auctioned over the previous years. Hence, India might not be an attractive destination for the oil majors.” 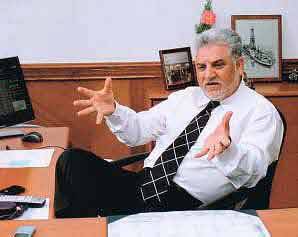 The government, however, is not wooing the foreign oil majors with empty hands. A recent study by the Directorate General of Hydrocarbons, the technical arm of the petroleum ministry, shows that the western offshore region is rich in hydrocarbons— the stuff that goes to make oil and gas. Further, the government plans to sell geological data for the 80 exploration blocks that it plans to offer under the seventh round of the New Exploration Licensing Policy (NELP).

So, why does India not attract the league of players present in African countries like Sudan and Algeria? Says an industry expert: “The oil majors find it worth their while to do business only where they expect to strike large finds, of the order of five trillion cubic feet (TCF) and above. In India, except for Reliance’s find in KG basin, which is of the order of 14 TCF, the rest are in the region of 2-3 TCF.”

This, perhaps, explains as to why the generous fiscal terms offered to contractors to explore oil and gas in the country over the last seven years have not attracted several oil majors. On the other hand, the terms are definitely susceptible to abuse, or so feels the petroleum ministry. The trigger: the recent approval accorded to RIL’s gas price, which came under the lens for close to four months. RIL had won the KG basin block that produces this gas way back in 2000. What helped it clinch the block was an offer to share as much as 85 per cent of its revenues from the field with the government early in the production period, or it seemed, according to the bid evaluation procedure.

However, in reality, it is not so straight forward, since RIL shares 85 per cent revenues with the government only when the revenue (from sale of gas) to cost (incurred in developing this field as well as those from additional exploration efforts in the block) ratio goes beyond a particular level. And, below that level, the government’s share is a paltry 28 per cent. However, the jump from 28 per cent to 85 per cent may not happen automatically, since the costs allowed include those relating to exploration of wells in pursuit for new discoveries and other legitimate costs. This loophole has been plugged in the current auction round to correctly reflect the pace at which government nets its share.

However, the likelihood of oil majors absenting themselves from the auction is not entirely a cause for concern, given the country’s interesting oil history in recent times. Cairn Energy, a little-known UKbased energy company, struck oil in Balmer (Rajasthan) three years ago. This was not a virgin block, but one which oil major Shell had given up after failing to find anything. But the point is, such exceptions distinguish the oil exploration business and are only too welcome.