Much before Orkut and Facebook made social networking au courant, Sulekha.com— at the height of the dot.bust in 2001—launched its practical and selective online community that worked on a need-based, pull model in the US.

Much before Orkut and Facebook made social networking au courant, Sulekha.com— at the height of the dot.bust in 2001—launched its practical and selective online community that worked on a need-based, pull model in the US. 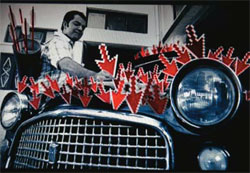 A Sulekha ad
By building an online community across geographies (with the help of locally-relevant data), and making the site sticky though a low-on-hype but high-on-value growth model, Satya Prabhakar, founder and CEO of Sulekha, has succeeded in creating a unique online model. Exactly how unique it is can be gauged from the fact that Sulekha does not offer an e-mail facility, an instant messenger, ring tones for mobiles and the like. Nor does it host products or air tickets to sell. And the big news is that the site, which has revamed recently, is going national.

But the interesting question is what exactly does Sulekha do, and how has it managed to build a 2.5 million-strong community? Simple, it allows members to transact amongst themselves. All kinds of products and services are on offer, including furniture, electricians, plumbers, and agencies offering maids. In addition, there’s a host of addresses for local business in the city (its yellow pages feature, which it also hosts for Sify).

And if it all works for members, it makes sense for investors too, like Norwest Venture Partner and Indigo Monsoon Group. Investor interest would be welcome at a time when Sulekha is seeking a pan-India presence; currently it has a strong base in the US amongst the Indian community, as well as in key southern metros in India. The site’s seeking to support its national launch with TV commercials (made by JWT, Chennai) shortly. The site attracts at least 1.5 lakh people every day and caters to an online community with over 10 million pages of content, 95 per cent of which is contributed by its 2.5-million members.

Sulekha has sought to approach social networking through a clever build-up of its core offering—classifieds and yellow pages—which was first targeted at Indians in the US between 2001 and 2005. 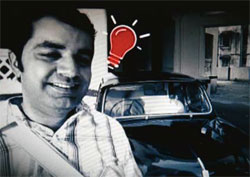 In the second phase (for over a year) it was available in the southern parts of India. “We do this by setting up offices in key locations and having a sales force that can build infrastructure for the site and beef up our yellow pages; classified are largely free. We are now doing this across the country,” says Prabhakar.

The objective clearly is to offer people relevant choices on the site: “We have by far the largest source for cars and bike sale, plumbers and maids. There are various levels of interaction—person to person, business to consumer and so on. We are now aggregating the yellow pages with classifieds,” says Prabhakar.

The revenue model of the site is dual, in that it not just depends on the ads, but there’s also a pay-asyou-earn approach with local businesses. “We are able to track the referrals that businesses get from our site.

We take a fixed amount from businesses and this gets adjusted against the referrals that our site generates for them,” says Prabhakar. Still, can the Google juggernaut and other Indian sites pose a threat to its search and blog-based model? “Google and Yahoo are a threat to anyone in the space. However, if you provide information that’s localised and difficult to replicate then there is hope,” says Prabhakar. He should know as his site is counted among the top six portals in the country today. And its national plan has just begun.