Stepping on the gas

A McKinsey report underscores the need for indigenous gas.

India’s demand for natural gas will increase by nearly three times to 135 billion cubic meters (BCM) by 2020, says McKinsey in a recent study, Gas in 2020: A Perspective. The escalation in demand implies that the country would require 90 BCM of additional LNG over the 35 BCM of indigenous production and 10 BCM of LNG in 2007. Several segments like fertilisers, city and industrial gas, and power producers are expected to propel this demand. 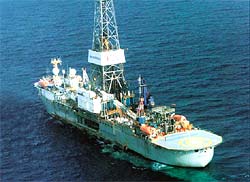 Domestic prices should align with global prices
The status of ongoing projects indicates that indigenous production would increase to 55 BCM by 2012. “Domestic sources alone may not be able to fulfill India’s consumption requirements,” says an analyst with Motilal Oswal. This gap can be bridged by the couple of international gas pipelines in the offing. The Iran-Pakistan-India pipeline (IPI) and Myanmar-India pipeline could provide about 40 to 45 BCM of gas. However, any delays in the implementation of these projects or in increasing indigenous Indian production would lead to an increased LNG import requirement of 40 to 80 BCM.

Only 20 per cent of India’s sedimentary basins have been well explored yet. For gas to gain a meaningful share in the country’s energy basket, India needs to make effort to explore and develop indigenous gas resources and improve pipeline infrastructure. This could help increase indigenous production to 70 to 90 BCM by 2020.

Gas pricing has emerged as one of the key concerns of India’s energy policy. According to McKinsey, in order to attract imports and encourage domestic exploration and production, it is essential for governments to allow domestic prices to align with global prices. Domestic users willing to pay international prices to import LNG and piped gas must be facilitated. “This will help develop local gas markets and infrastructure,” says the study. It goes on to suggest that the government should formulate energy policies that will enhance investor confidence by providing attractive returns on investments. This requires a competitive price regime, and a minimum threshold for capacity utilisation for a given duration.

Recent reports suggest that global oil majors aren’t too keen on bidding for new oil and gas blocks. Why? While the Petroleum Minister had guaranteed a sevenyear tax holiday, the recent budget withdrew the sop. “This issue is being resolved. Once that happens most big companies will come forward to participate in the offer,” says the analyst.