Avesthagen may have got its IPO timing wrong as BSE Sensex (as on August 14) is down 30.6 per cent from its January 10 peak of 21,210 and most well-known stocks in biotech, pharma and IT are trading at well below their 52-week highs.

Two years after she first proposed to take her eight-year-old biotech company public, Villoo Morawalla Patell, Founder of Avesthagen, now finally looks set to take the plunge and launch an IPO. Avesthagen expects to raise around Rs 800-1,200 crore with this listing. Patell is expected to use this funding to boost her branding and marketing presence, especially overseas. According to company executives, the ownerpromoters of the company, including Patell, have a 31 per cent stake in the company. Patell herself declined to detail specifics of the listing besides what is publicly available, citing “a silent period as part of the build-up to the public issue”. 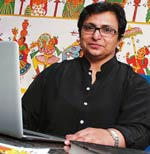 Avesthagen's Patell: Unfazed
Industry watchers, however, argue that this is hardly the best time for Avesthagen to consider a listing. For one, the benchmark BSE Sensex (as on August 14) is down 30.6 per cent from its January 10 peak of 21,210. Then, most well-known stocks in biotech, pharma and IT are trading at well below their 52-week highs. This muted market has already prompted two public issues— by MCX and Reliance Infratel—to get postponed or abandoned entirely.

“This is not the best time to consider a listing; investors are wary and becoming more conservative with their choices,” says the head of research at a Mumbai-based brokerage firm. According to data available up to August 14, all the companies on the BSE Healthcare Index were trading at well below their 52-week highs. India’s best-known biotech company, Biocon, closed on August 14 at Rs 398.1, down nearly 40 per cent from its one-year high of Rs 663.1. And recently-acquired pharma major Ranabaxy was down 18.57 per cent. Patell, though, is unfazed. “The market will recognise the value of our research,” she told the media in Bangalore recently.

Market watchers appear unimpressed by her bravado. Says an analyst: “A company like MCX, which has a growing business and is profitable, has withdrawn its plans in this unsettled market. In contrast, Avesthagen is a gamble on the success of its future product pipeline.”

Patell, however, appears to have few options. She needs the funding to sustain the rapid growth of her company. Avesthagen recently signed a deal with the Indian Council of Medical Research to jointly develop nutraceuticals, while the firm already has an agri-biotech pipeline and is also developing plant-based bio-actives and bio-similar drugs. It will need funding elsewhere, too. It plans to set up a new manufacturing facility in Hyderabad for its bio-actives and bio-similars and also plans to ramp up its Good Earth health and wellness products.

There may be other compelling reasons for listing as well. There are reports that a major investor in the company, ICICI Venture (which has about 20 per cent in the company), is looking to exit through the IPO.

All said and done, though, with the market still in the doldrums, Avesthagen seems to have got the timing of its public issue wrong.