The fallout back home

India might be a growth haven for badly-bruised global banks. 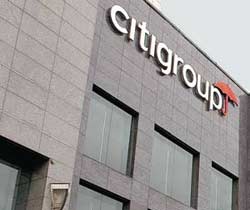 India is the succour for global banks now
The credit turmoil in the west has taken its toll of global banks headquartered in the US and Europe. Last fortnight, Swiss giant UBS announced another $4-billion writeoff, taking the total amount set aside to close to $19 billion. In the process, it plunged into the red for the first time since 1998 (when United Bank of Switzerland and Swiss Bank Corporation were merged to form UBS). It isn’t the only bank that’s taken a hit. According to data collated by rating major Standard & Poor’s, some 17 banks and large financial institutions had written off collateralised debt obligations (CDOs), subprime securities and levarge loans to the tune of $95 billion till January 17. These banks include Merrill Lynch (amount written off: $22 billion), Citigroup ($21 billion) and Morgan Stanley ($9.6 billion).

So, what should these behemoths be doing in other markets, including the one in India? The options are two-fold, and at two ends of the spectrum. One would be to scale down globally; that’s what UBS is rumoured to be planning, apparently on the verge of selling off UBS Asia. Manisha Girotra, Chairperson & Managing Director, UBS India, wasn’t available for comment.

The other option is, of course, to grow in one of the fastest-growing world economies, and ride on its cost advantage. That’s what Citi India hopes to do. Says its CEO, Sanjay Nayar: “We are looking at substantial relocation of work to India and to other low-cost destinations in Latin America & Asia, as a result of the reengineering exercise undertaken across the organisation.” Citi is in the process of obtaining approvals to further enhance its capital base in the country to support a higher volume of transactions. Says Nayar: “By the first quarter of 2008, we will infuse the capital along with retention of profits for fiscal year ended 2008.” Nayar isn’t revealing those figures.

Last year the bank had invested Rs 3,000 crore in India, including a retained net profit of Rs 1,566 crore. In the past three years, the capital of the bank has surged from $2 billion to around $3.1 billion in 2007.

Other global banks, too, (which haven’t been scalded by the credit turmoil) are lining up to expand in India. French Bank BNP Paribas (which is tipped to acquire the troubled Societe Generale by analysts) recently infused m100 million (Rs 570 crore) by way of fresh equity capital in its Indian operations. This has taken its capital base in India to Rs 1,600 crore. Says Frederic Amoudru, Chief Executive & Country Manager, BNP Paribas India: “Growth plans for India have remained basically unchanged since the eruption of the subprime crisis. The infusion of capital has given us the opportunity to enhance credit limits to our clients for borrowing in local currency as well as enables us to become more active in local currency project financing.”

Meantime, Iceland-based Glitnir is set to start India operations. Life is clearly easier thousands of kilometres away from the centre of the subprime storm.