Select matches of the 2015 Cricket World Cup will be live-streamed in 4K resolution. But you will need a 4k TV along with the 4k set-top box. Here are the best options you can choose from. In the last Cricket World Cup, streaming in High Definition had enhanced the experience of watching the game. Four years on, we are now talking about 4k aka Ultra HD. Select matches will be live-streamed in 4K resolution. But you will need a 4k TV along with the 4k set-top box. Here are the best options you can choose from.

Toshiba India has launched an Android-powered 4k TV in India. This smart LED TVs runs on Android 4.4 operating system. Offering countless apps, games and videos through Android platform, it is named as the L9460 series. It has Toshiba's CEVO 4K image processing engine that offers a new intensity in picture quality with four times as many pixels as Full HD. It will be available in 50, 65 and 84-inch screen sizes and are priced at Rs 1,99,000, Rs 3,69,900 and Rs 10,49,000, respectively. This is a 42-inch 4k TV with Virtual Surround Plus feature. The top-down sound effect makes listener feels as if the sound is streaming right from the ceiling above them. LG has added a Bollywood mode for Indian content. It has a built-in Wi-Fi system and comprises a built in Wi-Fi chip similar to a smartphone, which lets you develop connectivity and access with the TV. It even supports MHL for streaming content from the phone to the TV using MHL cable. WiDi is another technology onboard that enables a swift and convenient connection among the LG TVs and laptop PCs without cables. 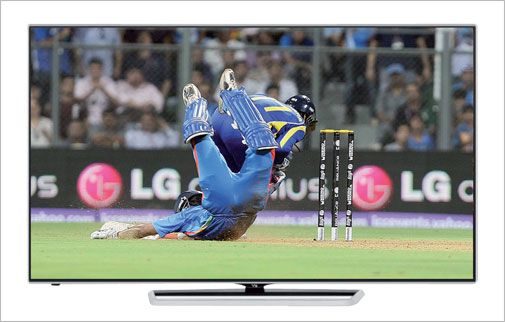 VU Technologies, a California-based luxury brand, has launched a 50-inch 4K TV, the most affordable one. It has a straight line design with a sleek bezel. Physical controls and connectivity ports are at the rear. Weighing 18 kg, setting it up was quite easy. The TV has got great viewing angles too - 178 degrees horizontal and vertical, which means you can continue to watch TV while sitting on a side. The sound output is impressive for a small room measuring 20 feet as it packs in two 10 watt speakers. 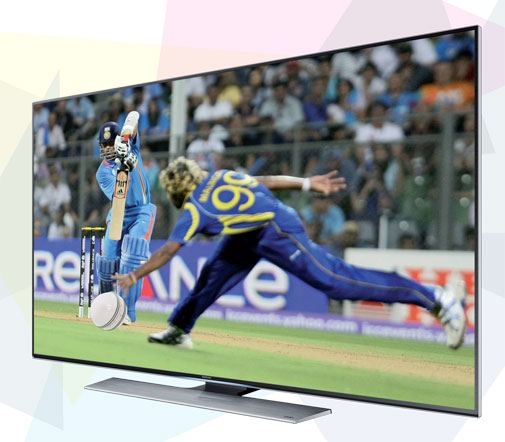 This 55inch flat panel from Samsung is feature loaded. It has also added its UHD Picture Engine, where one can enjoy various kinds of content with near UHD-level picture quality, even if it's not from a UHD source. There is also an advanced Clear Motion Rate (CMR) technology, for fast moving scenes that look clear on the TV. It even supports motion control and can even use a range of simple finger gestures. There is an easy touchpad, motion control and Sports Mode too. It has got 4 HDMI ports and 3USB.

Having a 4k TV will be of no use it you don't have a set-top box that will stream the world cup in 4k resolution. Here are the necessary details about the two.

- Tata Sky 4k set: Rs 6,400. This new set-top box will beam content at 3840 x 2160 resolution and supports Dolby Digital Plus 7.1 surround sound. It has 2 HDMI ports. The box will showcase Standard Definition (SD) and High Definition (HD) channels too. The existing subscribers can avail the box at Rs 5,900.

- 4k Ultra HD Videocon D2H: It has 3840X 2160 pixel lines. It has got the Next Generation User Interface that provides a cutting-edge user experience. Existing subscribers can upgrade it for Rs 5990 and the new box will come for Rs 6,590.

The three most popular smartwatches