WiFi in your pocket

With every gadget becoming smart, you now need a portable WiFi device in your pocket all the time. 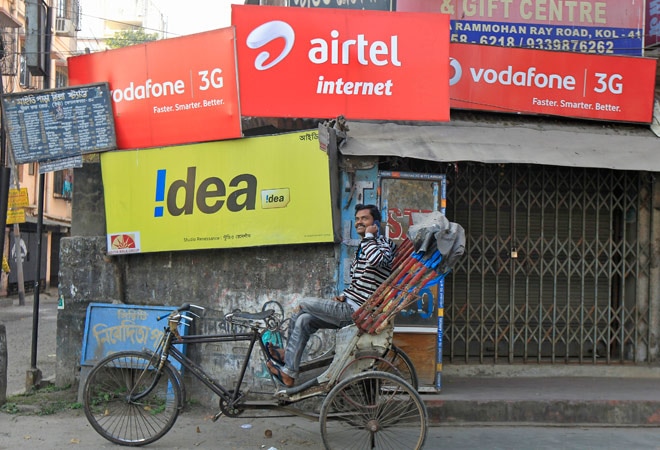 Telecom operators have realised the changing customer needs and have come up with better products (Photo: Reuters)

Gone are the days when you needed a broadband connection only at home to connect your PC. With every gadget becoming smart, you now need a portable WiFi device in your pocket all the time.

A couple of years ago, using a WiFi hotspot option on your phone, if you had data activated, was a great idea. However, that is not a reliable alternative these days as the phone's battery doesn't last long enough.

Telecom operators have realised the changing customer needs and have come up with better products.

Airtel has launched a 3G WiFi dongle that allows users to download data on multiple devices at a high speed of up to 21 Mbps on its 3G network. The device is similar to Tata Photon Max WiFi. It needs to be plugged in either to a laptop or an adapter that converts it into a WiFi router. Up to five devices can be connected to the 3G network using this dongle, including laptops, tablets, mobiles and any other device.

This dongle works on the EV-Do network, which claims to have a better network reach. It delivers a speed of up to 9.8 Mbps and can be used to connect up to six devices. It has a dual LED indicator for WiFi network. It works with a laptop USB, car chargers and travel chargers. Although it is priced at Rs 2,650, the dongle is available at a huge discount on the MTS website.

Launched last year, the Tata Photon Max WiFi was among the first few USB dongles that could be converted into a WiFi router to connect up to five devices. The dongle promises a speed of up to 6.2 Mbps. The only downside in unlimited plans is that the speed slows to 153.8 Kbps after you consume the high-speed monthly data under the plan.

The Idea Smart WiFi is a few hundred rupees expensive than some other similar devices but claims to offer a downlink speed of 21.6 Mbps and can be used to connect up to 10 devices. It requires external power to work - be it a laptop or a power adapter. Interestingly, this device can be controlled using a mobile app as well.

If you already use a data card, you don't have to dump it and invest in a new one. Instead, you can get yourself a router that converts the dongle into a WiFi router that can be used on a limited number of devices. You can configure the device yourself by following the steps mentioned in the user manual.

Powered by a 4400 mAh ba ttery, it has got a USB 2.0 and a built-in antenna. It also has LAN support. Weighing 200 grams, it can pair up to 32 devices on a single network. It has a power button, charge button, battery indicator button and a reset button. This device can also support speeds of up to 150 Mbps.

The device Ofers a world of connectivity options including WAN or LAN. It has a standard USB 2.0 for connecting a data card. Olive has also added a 1800 mAh battery to power the data card or charge any other gadget. This can connect up to 20 devices and supports speeds up to 150 Mbps.

This all-in-one mobile companion router is compact in size and can fit in your palm. But unlike others, this is a one-piece wall plug adapter. It can also be used as a USB charger. Easy to set up, this works in four different modes - router mode, AP mode, repeater mode, and WiFi hotspot mode.

Gadgets that will help you beat the summer