As part of its anniversary special, BT invited a galaxy of 19 business leaders - across industries and age groups - for their wisdom on how we will work in the future
Aroon Purie | Print Edition: February 9, 2020 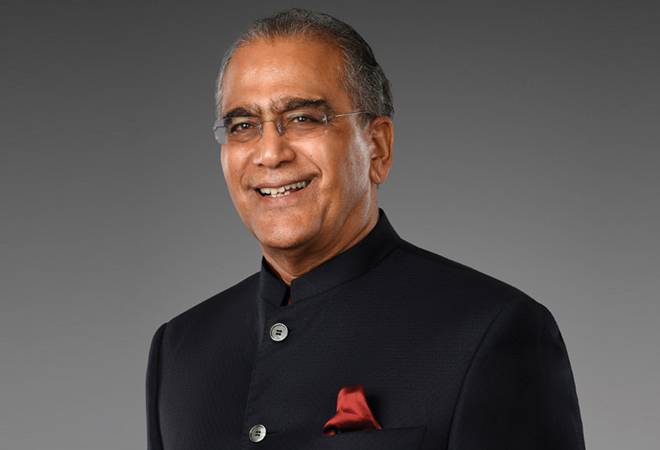 When Business Today was launched 28 years ago, India was just beginning to discard its stifling 'Licence Raj' and was at the cusp of opening its economy to the world. With four decades of socialism, during which the commanding heights of the economy were nationalised, the $278.4 billion-Indian economy, then the 16th largest, was a pygmy despite its size and population. The advent of globalisation and rapid technological advances changed all that forever. It now counts as the seventh largest economy in the world.

Nothing is more important in an economy than the question of jobs. It is employment and the income it generates for individuals that power an economy. That is why the biggest worry for any government is the state of employment in the country. In the high-tech world of today, the internet has impacted every aspect of our lives, from the social to the economic. Many industries have vanished or are in decline and new ones have cropped up. The Fortune 500 has five technology companies in the top 10 today compared to none ten years ago. This has had the maximum impact on the workplace, affecting the kind of work we do and how we do it.

Technological, demographic, social, geo-strategic, and even geo-economic changes are influencing how work will be done in the near and far future. We can no longer limit ourselves to crystal ball-gazing over the impact of artificial intelligence on jobs; we have to worry if there will be jobs at all. It is not just about working with robots. That is a given. Or, about the need to upgrade skills. That's the universal truth.

The future of work encompasses all these and more. Is the gig economy for real? What skills do we need for the future? Are eight-hour workdays passe? Can open offices survive? What's privacy at the workplace in the age of millennials? Will bite-sized learning take over? Is mental health the biggest risk at the workplace? How relevant is it to come to office for work? Can one not work from home in this world of hyperconnectivity?

Technology aside, a host of other factors are driving disruption. The global economic slowdown and the stagnation of incomes in most of the past decade, especially in developed and developing economies, have raised income inequality and redefined how the workforce functions and operates. Skill gaps have widened as labour markets have become polarised between high-skill and low-skill jobs. And constant migration of the workforce from low-paying areas to high-paying geographies has raised tensions between the natives and the migrants. All of these are unsettling the workforce and workplaces alike.

Meanwhile, the onset of the downturn has hurt the middle- and low-income households the most, overturning the notion that economic progress guarantees that every generation enjoys higher wages and higher standards of living than the previous one.

Employers' profits stand squeezed, while the need for capital to invest in new technologies has risen drastically. Fierce economic nationalism is raising tariff walls around domestic economies, threatening the free flow of commerce and human capital. The idea of one-world, one-economy, therefore, has never been under greater threat than today.

All this has created unprecedented uncertainties, with a direct bearing on jobs, workplaces, wages, emotional and mental well-being, even governments and regulators.

As part of its anniversary special, BT invited a galaxy of 19 business leaders - across industries and age groups - for their wisdom on how we will work in the future. Uday Kotak of Kotak Mahindra Bank elaborates on 'Phygital' - the interplay of the physical and the digital; R.C. Bhargava of Maruti on working with robots; AZB Partner's Zia Mody weighs in on privacy at the workplace; National Skills Development Corporation's S. Ramadorai on the future of skills; Tech Mahindra's C.P. Gurnani on the changing people pyramid; Clix Capital's Pramod Bhasin on eight-hour workdays; PM-EAC's Bibek Debroy on the future of governance; Diageo India's Anand Kripalu on learning at work; Nestle's Suresh Narayanan on corporate purpose; Axis Bank's Amitabh Chaudhry on building an organisation's start-up culture; Accenture India's Rekha Menon on training; TeamLease's Manish Sabharwal on the future of wages; Mpower's Neerja Birla on mental health at work; Azim Premji Foundation's Anurag Behar on five skills you cannot do without; and Sheroes's Sairee Chahal on being a gig worker, among others.

Our gratitude to these experts for their time and effort. Indeed, their insight will provide fuel for thought to policy makers, regulators, companies and think-tanks for a better Future of Work.

This is a vital subject that impacts you as well as your family. I do hope you enjoy reading it and benefiting from it.