When it came to choosing a theme for Business Today's 16th anniversary issue, it seemed appropriate to focus on leadership, specifically young leaders. 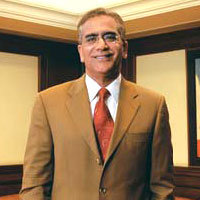 Aroon Purie
A leader, Napoleon Bonaparte once said, is a dealer in hope. He couldn't have been more accurate. Leaders are the ones who envision great things and lead others to achieving them. They are the ones who, by appealing to a greater cause, bring vastly different people with often conflicting objectives to work together towards a common goal, and they are the ones who, when everyone else is lost, seem to know the right direction.

We are the world's largest democracy and also one of the poorest nations. Great leaders can transform a country as we have seen in many countries. In India, 17 years of leadership of Jawaharlal Nehru kept the Indian Union together, although it led us to the socialist path, which we would regret later. Democracy is a messy business and quite often throws up leaders who are short-sighted, opportunistic, poor managers and sometimes just plain ignoramuses. India has had more than its fair share of them. Sadly, as coalition politics seems here to stay, the prospects of India getting a bold visionary leadership are getting dimmer. Mercifully, in the other walks of life, India has been spared this famine of leadership. In recent times, leaders have emerged in areas such as business, arts, entertainment and the social sector.

Therefore, when it came to choosing a theme for Business Today's 16th anniversary issue, it seemed appropriate to focus on leadership, specifically young leaders. For one, India is both figuratively and literally a young nation. More than half our population is below the age of 25. For another, it is a much more confident generation that is leading India to unprecedented heights. Who would have thought, for instance, that two of America's bestknown companies, PepsiCo and Citigroup, would one day be led by Indians?

In this issue, you will find in-depth profiles of 21 young but extraordinary men and women who we think could shape India's destiny this century. To identify these 21 leaders, all 45 years of age or below, we tapped industry watchers, besides the Aspen Institute's India office. The final list is as diverse as it is impressive. On the one hand, we have the poster boys of global India Inc. Aditya Mittal of ArcelorMittal (he still holds an Indian passport) and Kumar Mangalam Birla, and on the other, we have a relatively unknown IIT and University of Massachusetts graduate Harish Hande, who is fighting incredible odds to take lowcost solar-powered electricity to India's villages.

Each of the 21 young leaders we have profiled has something going for him or her. It could be that, despite their relative youth, they have pioneered certain businesses, are smarter than most of their peers, are driven, or are simply dogged. Most of them, though, seem to have all those qualities. In a country like India, which faces myriad challenges in almost all walks of life, a few good men and women won't be enough. We need hundreds and thousands of others to become leaders in their respective fields. Here's hoping that the stories of these 21 exemplary people do the job of inspiring all other young Indians. Wish you a happy 2008.