In times of panic, rationality goes out of the window. Reading the papers, one can be forgiven for thinking that India is in the midst of a full-blown recession.

In times of panic, rationality goes out of the window. Reading the papers, one can be forgiven for thinking that India is in the midst of a full-blown recession. Screaming headlines announce job cuts at various companies, projects being shelved, earnings guidances being revised downwards and everyone from the Prime Minister downwards warning of tough times ahead.

All these news items are obviously true. Now consider the other side of the coin. Do you know anyone who has lost a job? Chances are that you don’t—simply because not many jobs have been lost in India. But the images of many of the 1,900 sacked Jet Airways cabin crew protesting on the streets in their distinctive yellow and black uniforms, and politicians of all hues getting into the act to protest these sackings continue to linger on in the public memory. Suddenly, it seemed, the Brave New India integrating with the world didn’t look so appealing any more. These young men and women were subsequently reinstated, but the earlier TV grabs of tearful, and sometimes defiant, young faces refused to go away. 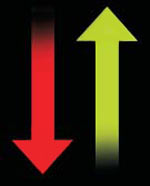 Most subsequent redundancies have involved much smaller—usually double digit—numbers at a handful of investment banking, aviation, retail and IT firms. During the boom years, the high-salaried (some would say overpaid) jobs generated by these sectors were dismissed as having no relation with the real India. But now, reports of lay-offs and benchings from these very sectors are being treated as proxies for the rest of the economy. One reason, obviously, is that these are very high-profile, if unrepresentative, sectors. And another is that the dark clouds hanging over the global economy have really impaired our vision.

Now, let us look at statistics. The Reserve Bank of India has forecast a GDP growth rate of 7.7 per cent in 2008-09; the United Nations Conference on Trade and Development (UNCTAD) has pegged the figure a shade lower at 7.6 per cent and the broad consensus among most economists is that it is unlikely to be lower than 7 per cent. Four years ago, if anyone had said the country would grow at 7 per cent, we would have taken it with glee, but three years of 9 per cent growth and talk of touching double-digit expansion had spoilt us. After zipping down the growth highway at 100 kmph for three years, cruising along at 70 kmph seems like a painful crawl.

It’s the same story with the stock markets. In our euphoria over the soaring Sensex, we lost sight of the fact that its peak of 21,000 was bubble territory, having no relation, whatsoever, with the real economy and company fundamentals. Its precipitous fall through this year has lost millions of investors billions of rupees, but we will do well to remember that the percentage of Indians who buy and sell stocks and mutual fund units is still in single digits.

The truth is that India’s economic fundamentals remain strong—the inflation rate is declining, overall domestic demand is growing—though not at the feverish pace of the last five years (and demand in some high-profile and oftreported sectors like automobiles and real estate is, indeed, slowing down) and jobs are being created, albeit at a slower pace than before though cost pressures have increased. Under the circumstances, the mood of despondency that has set in is unwarranted.

In some ways, projections of gloom and doom can even become a self-fulfilling prophecy. If you think your tomorrow will be tougher than today, you’ll automatically tighten your purse strings. If 250 million consumers, or at last a significant minority of them, think similarly, their “emotional recession” will soon transmogrify into a real one. For example, the negative vibes could affect the possible positive impact of the disbursement of the Sixth Pay Commission award to the central government employees. Last time, in 1996, when the previous Pay Commission’s award was distributed, the country’s GDP grew an extra 1 per cent.

Yes, some sectors are under stress, but there is no cause for panic. For now, then, the slowdown is as much emotional as it is economic. And that is good news.