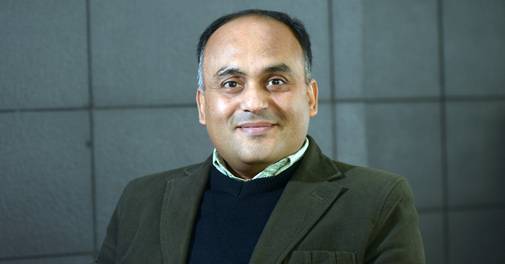 Banking is not for the faint-hearted. Big bucks chase big dreams calling for big decisions. Undoubtedly, it leads to big successes and, often, big failures as well. But the great fall is triggered by the minutest of errors of judgement. Or corruption, as several high-profile bank CEOs, who fell prey to the temptations, have proved in the past three years.

Business Today's annual study of Best Banks is always an opportunity to reflect on the sector that powers the economy's growth engines. This year's package led by Executive Editor Anand Adhikari has concluded that Indian banking is coming of age and is finally the Big Boys' Club. Especially, with the Centre working on the merger of 10 state-run banks into four with assets size of Rs 10 lakh crore-plus and mid-sized player from the private sector, Kotak Mahindra Bank, graduating to the large-size banks' category in the BT-KPMG study.

There's yet another transformation at play. Technology has now penetrated banking so deeply that often it's hard to decipher whether modern banking is more about financial services or technology. Hence, it's apt that the BT Best Banks study dives as deeply into the fintech space as banking to identify the best of the best - in rural outreach; fintech engagement; payments, lending, value-added services, covering the entire gamut of services. The winners here are the future of Indian banking, though my personal favourite still remains "Best in Innovation".

These achievements come in the backdrop of an industry struggling to contain poorly performing loans. Bad loans were getting evergreened perpetually with even higher quantum of loans yet. Neither the government nor the regulator was willing to bell the cat. The banking sector's non-performing assets (NPAs) peaked at Rs 10.39 lakh crore in 2017/18, amounting to 11.2 per cent of all loans given out by the banking industry that year. And, though it's reduced marginally to just 9.1 per cent now, the industry is still not out of the woods.

The emergence of IBC in 2016 gave hope of resolving the NPA crisis. But as our columnist Hari Hara Mishra has discovered in his research published on businesstoday.in, despite a rose-tinted perception of IBC resolution prowess, banks have had to take a colossal Rs 6.5 lakh crore haircut so far, and counting. There have been massive job losses due to closures and the corporate mortality rate of firms in bankruptcy is as high as 72 per cent.

Of the 3,312 cases referred under IBC till date, 1,961 are still pending before NCLT across the country. Of the remaining, 1,351 cases, 970 firms have been closed by resolution of dissolution, resulting in an over 70 per cent mortality.

That cycle of evergreening had to stop at some point. And it did. But having triggered a slowdown, it continues to cause enormous pain across the industries, particularly in power, infrastructure and telecom - sectors that had leveraged beyond their ability to pay. And still there is a long way to go before Indian banking sector could be considered 'healthy'.

The Business Today Best Banks study is suitably complimented in this issue by Money Today's intensive study in personal finance. The research led by Deputy Editor Naveen Kumar has identified the best in the businesses of mutual funds, pension funds and insurance.

These two intensely researched studies would surely help you separate the wheat from the chaff in your businesses and in your personal investments. I look forward to your feedback.