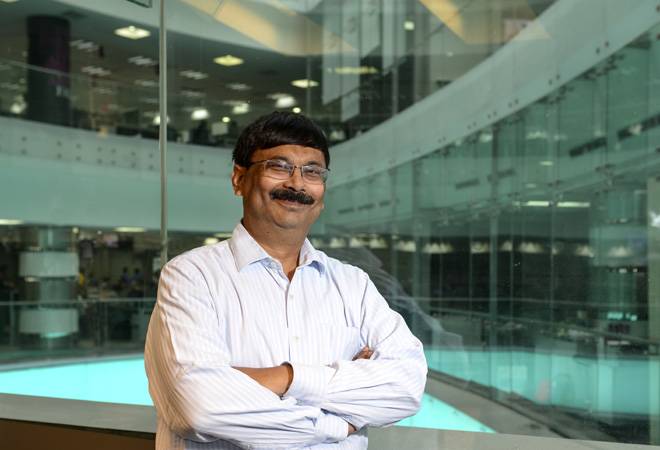 In many ways, Vishal Sikka, the first non-founder CEO of Infosys, is the complete antithesis of N.R. Narayana Murthy, the man who picked him to take over the company that Murthy and his co-founders had built over three decades. Sikka is a big man with a deep laugh that emanates from his belly and an informality that one rarely finds in the corner office. Murthy is a far more buttoned-down personality, and every step that he takes is measured. He is precise to a fault.

But the two men are more similar than most people realise. They have great passion and are workaholics. Both are excellent operational managers, though they represent very different generations of the technology industry. And they have a great appetite for risk.

When Murthy and his co-founders built Infosys from scratch, they toiled for a decade before the big opportunity transformed Infosys from a small company to a global brand. They spotted a market demand in the 1990s. And they executed their plans so brilliantly that Infosys became the IT industry bellwether for India for almost two decades, even though TCS was always the bigger company.

Even after Murthy stepped down as CEO in 2002, Infosys continued to cruise along. It had a dream run till about 2008/09, when the global financial meltdown put enormous pressure on the traditional outsourcing model that the Indian IT industry followed. Simultaneously, the global IT landscape was changing. All the companies in India took corrective measures to adapt to the new market realities, but Infosys seemed the one that had lost its way. Sure, it was still keeping its profit margins intact, but it lagged its peers in terms of growth. In 2011/12, then CEO S.D. Shibulal - a co-founder - unveiled an ambitious Infosys 3.0 programme. Unfortunately, the Infosys fortunes did not improve quickly enough to meet market expectations. At a point when the expectations of a turnaround had fallen to its lowest, Murthy came back from semi-retirement to take over as executive chairman. He chopped, changed and got rid of some flab - but it was clear that his second stint was not as successful as his original stint had been. The expectations were too high and the industry had changed too much.

When Sikka was anointed as the new chief, there were mixed feelings among Infosys watchers. He was coming with a big reputation - he had played a crucial role in the turnaround of the iconic SAP. But there were questions about how he would fit into Infosys. Also, whether he would be able to replicate his success in SAP in a company that was in a very different market segment.

As it turns out, quite a few of the questions have been answered, though a few remain. Infosys, after the results of the past four quarters, seems well on its way to recapturing the title of the Indian IT bellwether by 2017, that Sikka had promised. It has also become a vastly different company with a new-found aggression.

But critics say that Sikka is not dramatically reinventing Infosys. He has taken quite a few of the good ideas of Infosys 3.0, made some additions and modifications, and focused Infosys on a big target. He is using new technology and management tools to improve productivity and operational efficiency. But he is not changing the basic business direction of the company.

One does not know whether changing the business direction was part of his brief, though. In our cover story this issue, Managing Editor Rajeev Dubey looks at the Sikka impact on one of India's iconic companies.

Meanwhile, there is some good news to share. Last year, Senior Editor Goutam Das picked up two awards for business reporting, while Senior Assistant Editor Sarika Malhotra picked up one as well. This year has also started well with Sarika picking up Laadli award for best investigative story by a business magazine.