Coca-Cola and Pepsi have not exactly had a peaceful existence in India. Coca-Cola and Pepsi have not exactly had a peaceful existence in India. In the 1970s, Coke was the only game in town bar a few small regional brands like Duke, but the per capita consumption of soft drinks was minuscule and India was not a big market of beverages by any stretch of imagination. Then the Janata Dal came to power and George Fernandes threw out Coke from India quite unceremoniously in 1977. (IBM was the other big name casualty.) This allowed a number of local players - Parle (of Thums Up, Limca fame), Campa Cola and others - to develop strong brands and good market share.

Pepsi started looking at India in the 1980s, but its negotiations with the government were slow and prolonged. It first tried to enter with a joint venture with RPG group in 1985, but the government rejected its proposals. After splitting with RPG, it made fresh proposals, which were finally accepted in 1988. It came in through a joint venture with Voltas and Punjab Agro Industries. It had to make an enormous number of concessions from sourcing and exporting agricultural products (potatoes, tomatoes, etc), creating jobs and setting up a food processing unit in Punjab. Even the soft drink it introduced was called Lehar Pepsi, because the government would not allow just Pepsi Cola to be sold in India. It finally hit the market in 1989, after hiring a huge number of top executives from HUL and other multinationals operating in the country.

Coca-Cola's second entry came in 1993. It bought out the brands of Parle's Ramesh Chauhan and entered with two sets of soft drinks - its own brands as well as Thums Up, Limca, etc, which had a big presence in the market. Because it came later, when regulations were already changing, it had to make fewer concessions than Pepsi. 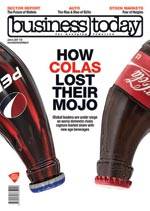 By mid-1990s, both Coke and Pepsi had entrenched themselves in India and pretty much ruled the market for beverages. India was an important market because it had started growing rapidly, and the purchasing power and consumption of all sorts of things was going up. Meanwhile, markets in developed countries were slowing down. Given India's weather, its huge population, its low per capita consumption, and other factors, both Coke and Pepsi saw India as the big growth engine for the future. They also entered bottled water, which was becoming an area of large-scale growth.

Unfortunately, within a decade, things started becoming very challenging. First, there was a global shift in preferences, away from colas in the beverages category, as people became more conscious of their health. This meant that the original calculations of consumption of cola drinks rising sharply had to be reworked. Then again, they faced increased competition even in other businesses (Pepsi's range of snacks, and the duo's water businesses).

They also got dragged into numerous unfortunate controversies, from the presence of pesticides in cola bottles to water depletion of water tables.

Over the past three years, Pepsi and Coke have really been under pressure in India in terms of market growth. Cola sales are growing sluggishly, while they have to face stiff competition from over a dozen rivals in the categories which are actually powering the beverage market. Even in water, they are slowly losing ground. Even though they control half the market for non-milk based beverages now, they are ceding market share to both old rivals and new upstarts.

Our cover story looks at the two beleaguered giants.