Rival players within industries working together for a larger goal get the thumbs up at Business Today's CEOs lunch meet in Delhi.
Print Edition: Dec 8, 2013

Corporate India believes that cooperation between rival players within an industry, along with job creation, will increase productivity and put the economy back on tack. At Business Today's CEOs at Lunch meet held at My Humble House, the rooftop restaurant at ITC Maurya in Delhi, on October 25, the discussion, moderated by Business Today Editor Chaitanya Kalbag and Managing Editor Josey Puliyenthuruthel, centred on 'coalition within industries'. (Kalbag quit editorship of the magazine November 1.)

(Standing, from left) Uninor's Yogesh Malik, EMC's Rajesh Janey, Sunil Lalvani of BlackBerry India, Manish Tiwari of Biltech, BT Editor Chaitanya Kalbag, P. Balaji of Nokia India, HP India's Rajiv Srivastava, Dilip Chenoy of National Skill Development Corporation, Dmitry Shukov of Sistema Shyam TeleServices, Wave Infratech's Amar Sinha & Manasije Mishra of Max Bupa Health Insurance. (Seated, from left) Debjani Ghosh of Intel South Asia, NASSCOM's Som Mittal & Rajesh Srivastava of Rabo Equity Advisors. Achal Khanna of SHRM (Society for Human Resource Management) India also participated. PHOTOGRAPHS BY SHEKHAR GHOSH
Companies should not sit back simply because the next general election is less than a year away, said Som Mittal, President, NASSCOM, since there was work to be done. "Coalition governments at the centre are here to stay, though states may have different ruling parties. Each of us has a job to do now rather wait for a coalition economy," he added. And only economic progress can create jobs. "Economic activities such as increased manufacturing, more industries should be able to create jobs. There has to be one agenda whosoever comes into power," he said.

Debjani Ghosh, Managing Director, Sales and Marketing Group, Intel South Asia, decried the excessive importance given to the government. "We attach so much importance to the government. That needs to be balanced out. Corporate India needs to grow up and have its own way. The corporate sphere should speak in one voice on regulations, taxation, import duties, etc, to the government. No matter who comes to power, the situation will not change overnight." Dilip Chenoy, MD and CEO, National Skill Development Corporation, said the focus should be on employment and job creation. "A mechanism must also be in place to move goods out from the hinterland to the mainland and abroad," he added.

Serious changes needed to be made to bring about a stable and fair regulatory regime, said Dmitry Shukov, CEO, Sistema Shyam TeleServices Ltd (which operates under the brand name MTS). "India is good for telecom operators as it has a huge population that, in turn, is the main source of revenue generation in the telecom industry," he said.

Yogesh Malik, CEO, Uninor, said he had no quarrel with the way spectrum was being allocated but affordable pricing of telecom services was more important. "It is all about how you become innovative in giving that per minute pricing," he added. "The outsourcing industry belongs to us... We need to talk about affordability. How can every one of us benefit from what we do? We must focus on how every individual can gain access to mobile telephony. We must look at a common objective as to where to move besides having coalitions. For a better India, 80 per cent of the people should be engaged in the transformation of mobile telephony. We also need to move from the concept stage to execution." (Malik has since left Uninor.) Sunil Lalvani, MD, BlackBerry India, spoke on the need for policy reforms. "Fragmented policies such as taxation laws and duty structures are not helping us. They are a hindrance in moving goods from one state to another."

Rajiv Srivastava, President (Printing and Personal Systems), HP India, spoke of the need to rationalise duty structure, speed up decision-making and increase meaningful employment. "We look to government to provide policy intervention. A coalition at the Centre does create delays in decision-making. In states that have a single-party government, decisions are much faster. In states like Gujarat, Rajasthan, Madhya Pradesh, Tamil Nadu, Chhattisgarh and Jharkhand you find that there is a class of politicians, but there's also a section of extremely talented bureaucrats, who are knowledgeable, agile and willing to make a difference and do things." 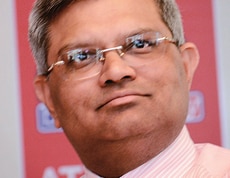 According to Manasije Mishra, CEO, Max Bupa Health Insurance, a coalition government is a reality of Indian democracy that has to be accepted. "In the last 20 years there have been three coalition governments and the growth rate has been in the range of eight to 8.5 per cent, barring the last two years. It shows the resilience and maturity of Indian democracy - a reflection of true maturity of the federal system of democracy. From the health insurance perspective, I believe that industry and government need to work together to battle poor penetration and perception, the two key challenges the industry faces today. Sustained efforts towards customer awareness coupled with innovation in product and service offerings will help in propelling growth of the sector."

P. Balaji, MD, Nokia India, said private players have as much responsibility as the government in promoting India as an investment destination. He said there was also a need for a broader national agenda. "If mobile telephony was the big focus in 2000, then broadband and its impact on society and individuals, as well as the networking effect is the story from now till 2020. And, we need to focus on inclusive growth."

The CEOs were each asked to list two things they would expect from the new government after the elections. "Public-private partnership in agri-infrastructure such as irrigation, and decontrol of a few controlled sectors like sugar," said Rajesh Srivastava, Chairman and MD, Rabo Equity Advisors.

"The country needs to encourage more young people to study politics as part of their curriculum as the average age of a politician is somewhere around 60 years in India," said Amar Sinha, Executive Director, Wave Infratech. "We also need to take the GDP numbers, which are currently pretty low, to eight per cent and that can only happen with a lot of investment flowing in."

Others who participated in the event, sponsored by Wave Group, were Rajesh Janey, President, India and SAARC, EMC, and Achal Khanna, CEO, SHRM (Society for Human Resource Management) India.

The Turnaround: Make the worst of times your best of times