(From left) Arvind Jolly, Manish Aggarwal and (extreme right) R. Sanghi with Navneet Bhadla, Director of BRYS Group
There were sighs, grunts and clenched fists at the Business Today Pro-Am of Champions 2013 held at the Willingdon Sports Club in central Mumbai on January 19. For the around 90 corporate honchos, who took part in the event, of which BRYS Group was the presenting sponsor, it wasn't all about winning, though. Jalaj Kakkar, CEO, Remanika Apparels, for instance, was happy not just with his game, but also with the fact that he had made new friends. He added that was the most important part of the tournament and business was secondary. Sanjeev Jagtiani, Prashant Purker and Kuldip Kaura with Ashok Sonalkar, Head, Sales and Marketing, ITC Grand Central Mumbai
"The quality of golf played here is so good that a below-average player like me does not stand a chance," said Harish Thawani, Chairman, Nimbus Communications, in a selfdeprecating way. Sudhir M. Trehan, Non-Executive Vice Chairman of the Board of Crompton Greaves, went one up on Thawani, saying that given his unsatisfactory performance, no one would be interested in playing with him. Nimish Shah, Managing Director, Fortune Financial Services, made light of Trehan's remark by saying that victory is not as important as enjoying the game. "We compete with ourselves to get better," he noted. 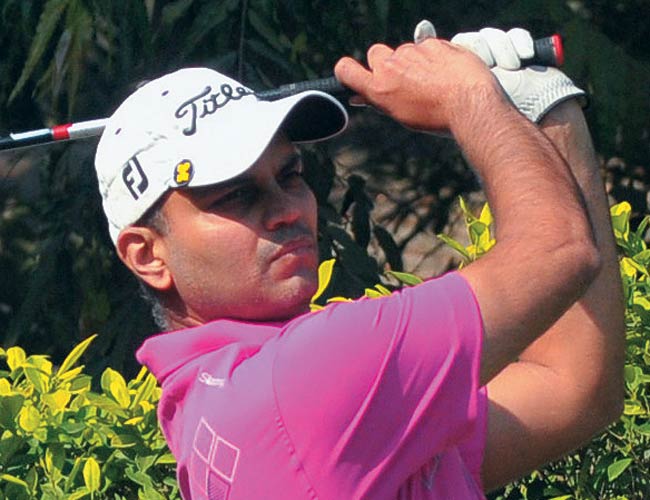 Ashish Pabalkar, Director, Royal Bank of Scotland
The event culminated with an award ceremony at the ITC Grand Central. ITC Hotels is the associate sponsor of the event, which will now take place in Bangalore.

Sanjeev Jagtiani, Director, Snehbal Products, was pleased that the weather was chilly enough for him to wear a jacket, unlike last year. He had another, more important reason, to be pleased. He continued his winning run from last year, when he was part of the victorious team, by topping the 11-18 handicap category with 39 points. 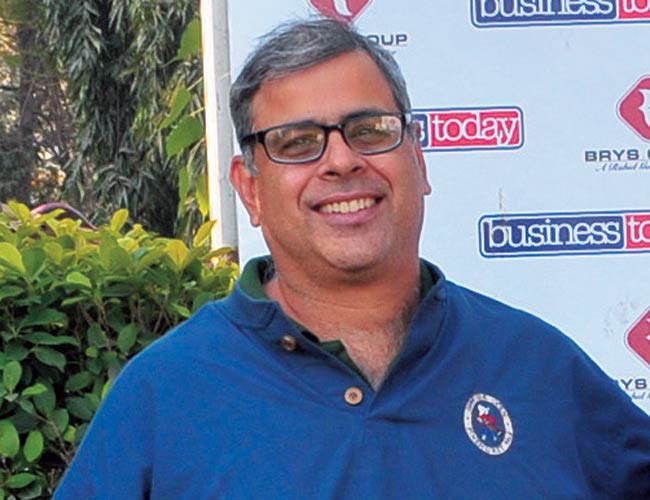 Gautam Bhandari, MD, BNP Paribas
Jagtiani, an American citizen who moved back to India a few years ago, revealed that not only was the tournament more competitive this year, his game had also improved since the 2012 BT Pro-Am. Jayant Dua, MD & CEO, Birla Sun Life Insurance
While Akshay Kilachand, of Indian Commercial Company, defended his title in the 0-10 handicap category with 37 points, Prashant Purker emerged victorious in the 19-24 handicap group with 36 points. Jagtiani and Purker were also part of the runners-up team along with Kuldip Kaura and Rajeev Chopra, with 98 points, two points behind the winning team comprising Anand Javeri, R. Sanghi, Arvind Jolly and Manish Aggarwal. Jolly also scored a holein-one on the par three 14th hole. Unfortunately, the designated hole for the hole-in-one prize of Rs 1 crore off a BRYS BUZZ villa was the 10th hole.

The individual and team winners not only get to participate in the BT Pro-Am finale in New Delhi on March 9 and 10, but also get to spend three nights in Mauritius, courtesy of Constance Hotels and Resorts, and Air Mauritius. While Cotstyle and Neo Sports were the event's apparel and TV partners, respectively, the Golf Store was the equipment partner.

BT's 'Most Powerful Women': The Changemakers