When small is beautiful

It was a chilly evening but the atmosphere in the ballroom of The Grand Hotel in New Delhi was positively balmy on January 31, and not just because of the heating. It was the venue of the 2011 Business Today-YES Bank SME Awards. The third edition of the awards, which recognise successful small and medium enterprises, was a packed affair. Virbhadra Singh, Union Minister for Micro, Small and Medium Enterprises, was the chief guest. Private banks should come forward and help this sector by giving it business loans: Virbhadra Singh
Business Today Editor Chaitanya Kalbag set the tone for the evening with his welcome address, noting the importance SMEs continue to receive in BT's coverage of Indian business. He also underlined how prestigious the award is for an SME: "The number of entries for the awards has been mushrooming. This year we received 2,80,000 applications."

Ashish Bagga, CEO of Living Media India, spoke about the power that small and medium businesses wield. "SMEs have the skills to manoeuvre any slowdown the economy might face," he said.

Rana Kapoor, Founder, Managing Director and CEO of YES Bank, was all praise for the role SMEs play in economic development. "SMEs are the engines of growth. As a bank, our heart is in SMEs," he said. Kapoor, too, was pleased by the sharp increase in the number of entries for the awards. "In the first year, there were only 8,500 entries. In the second year, we got 65,000. And this year, the response of 2,80,000 applications was overwhelming. " 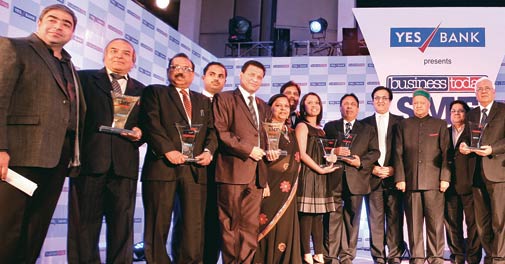 Addressing the gathering, Singh pointed out that funding is the biggest hurdle confronting SMEs today. "SIDBI is there in the public sector, but private banks should also be playing a bigger role," he said. "I appeal to banks to come forward and help this sector by giving it business loans." 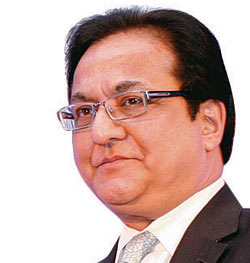 Rana Kapoor, Founder, MD & CEO, YES Bank
Malcolm D. Mistry, Publishing Director, Living Media India, delivered the vote of thanks. "BT is completing 20 years this year. The success of the awards is because of our reach," he said.

Grant Thornton, the professional services firm that validated the awards, was the knowledge partner for the event. Black Dog CDs was an event partner.
TweetYoutube