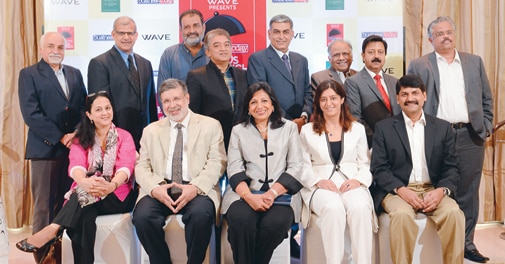 Globally renowned as an outsourcing hub, Bangalore has its share of problems too. Rapid urbanisation in the last decade has altered its landscape and stretched its infrastructure to the limit. To brainstorm solutions to the city's problems, Business Today brought together a dozen CEOs at the city's plush ITC Gardenia for a lunch-cum-discussion on August 2.

The setting was grand - with a spread including salads, soups, Indian and western delicacies - at the resplendent Magnolia Hall. The subject, Bangalore's Halo Slips: How can its Entrepreneurs and the Government Revive its Dynamism, ensured an animated debate.

Among those attending was Ajay Nanavati, Managing Director of 3M India, who felt corporate houses should contribute their domain expertise to help tackle the city's issues in a meaningful way. Nanavati felt companies should focus on a few initiatives and measurable outcomes for better results rather than pursue a multitude of programmes.

"We need to get together, let us put our technology together, and address the issues together," said Venkatesh Valluri, Chairman and President, Ingersoll Rand, India. There was large scale migration to Bangalore which should be stopped right away, stressed Valluri.

"Let us build two cities outside Bangalore with the right kind of design and sustainability," he added. P. Ramakrishnan, Deputy Managing Director at Sobha Developers, endorsed his views, and suggested that the government declare the 15 km radius around the central business district of Bangalore as a no-construction zone for 10 to 15 years, while developing townships away from the city. He predicted that Bangalore's IT sector alone would see an addition of some 900,000 people to its workforce over the next decade. 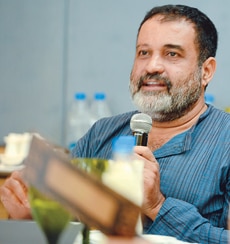 Bangalore accounts for 65 per cent of Karnataka's tax revenue, but it got only about Rs 6,000 crore in the state's budget of Rs 1.21 lakh crore this year: T.V. Mohandas Pai, Chairman, Manipal Global Education Services
Bangalore's problems were a result of its prosperity, reckoned T.V. Mohandas Pai, Chairman of Manipal Global Education Services, and reeled off statistics: Bangalore's per capita annual income of $9,200 was the highest among Indian cities; it also has the second-highest vehicular population and the third-highest quantum of bank deposits in the country. In personal income tax payment, Bangalore ranked third in the world. The city had the largest number of chip designers in the world, its IT industry employed 900,000 people and exported software worth Rs1.6 lakh crore in 2012.

"Bangalore accounts for 65 per cent of Karnataka's tax revenue, but it got only about Rs6,000 crore in the state's budget of Rs1.21 lakh crore this year," Pai said. The solution was to have a new law for Bangalore's governance. The government must plough back half the stamp duty and road taxes collected from Bangalore into sprucing up the city's infrastructure, he added.

Pai's remark that Bangalore has 15 billionaires who were not investing in the city, however, was contested by many others present. "The city's wealthy are learning to give back," said Rohini Nilekani, Chairperson of Arghyam Foundation.

"If a city has to grow, you need to keep the pace of its businesses as well as its infrastructure growing," said Amar Sinha, Executive Director at Wave Infratech, the  Noida-based real estate firm. Sinha cited the example of Gurgaon, whose infrastructure had failed to keep pace with its rapid expansion. "The real estate prices in Gurgaon are now falling, and states like Uttar Pradesh are gaining. If you don't catch up, you will face a Gurgaon-like situation," he added.

Rajiv Kapur, Managing Director of Broadcom India, argued in favour of making tenders for civic works in Bangalore metric-driven, rather than process-driven. "We must all help the government write better tender documents so that the money spent on infrastructure is effective." 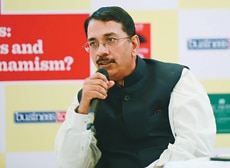 Biocon's Chairman and Managing Director Kiran Mazumdar-Shaw spoke about the need to make Bangalore water sufficient. Nilekani added: "We have destroyed two rivers in Bangalore, and 60 per cent of Bangaloreans have not complied with rain water harvesting requirements." 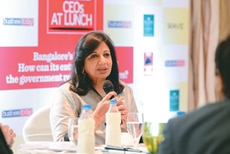 Kiran Mazumdar-Shaw, Chairman and Managing Director, Biocon
Bangalore, of course, has seen many other campaigns, apart from those related to civic issues. Mazumdar-Shaw mentioned the Bangalore Political Action Committee or B-PAC initiative, which not only backed a select bunch of candidates in the recent elections to the Karnataka Assembly, but also funded them. Some of these MLAs were in touch with B-PAC, explaining the work they were doing and taking suggestions, said Mazumdar-Shaw. "We have to learn to deepen our engagement with the government, and work. That is the only way," she added.

Participating in the discussion, brand consultant Harish Bijoor argued that most Bangaloreans seemed to think they were relevant only once in five years - on the day of voting in elections. After that, they tended to 'outsource' everything important to their elected representatives. TweetYoutube
Tags: Bangalore | IT companies | IT sector | IT industry | IT hub