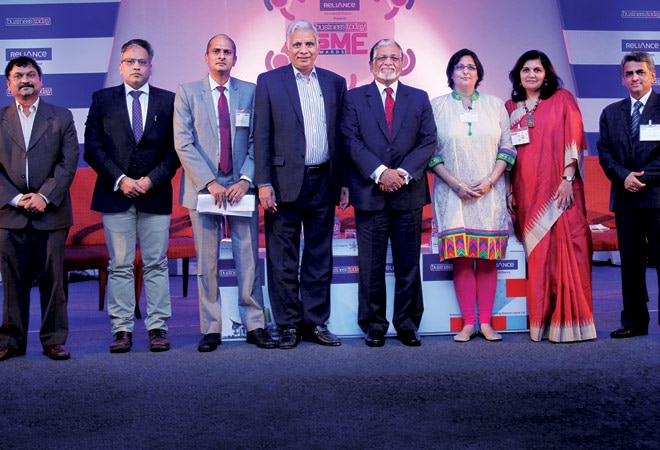 On the evening of August 28, heavy traffic flowed in the city of Pune. Part of that was because of the rush to the Hyatt Pune hotel for Business Today's roundtable on "SMEs: The Talent Challenge". Undoubtedly, talent acquisition, development and retention ranks amongst the biggest activities as well as concerns of all organisations. But small companies certainly have a harder time. BT put together a power-packed panel to discuss the issue threadbare.

The two most experienced panelists were Pradeep Bhargava and Aquil Busrai. Bhargava, Director of Cummins India, had spent close to a decade as MD of Cummins Generator Technologies India, and was well versed with people matters.

And Busrai is an HR veteran with more than 39 years of experience in HR, IR and other areas of workforce management. Giving them admirable support and representing corporate India was Vidyadhar Limaye, India Director of Faurecia Interior Systems, an auto-components company in Pune that has grown sizeably over the years.

Two more HR experts underscored the importance of the topic. There was K. Sudarshan, Managing Director, EMA Partners India and Regional Managing Partner-Asia, EMA Partners International, a 20-year veteran of executive search and placement; and Harsh Kapur Pillai, Founder Director of Terragni Consulting, another 20-year veteran who specialises in executive coaching for leadership development, especially in the manufacturing and services industries. But perhaps the most important person on the panel was Gaurav Varma, Director-Technical, Recktronic Devices & Systems, a Pune-based SME that provides end-to-end solutions for real time monitoring, surveillance and control projects in the areas of water treatment and pumping, canal automation, electricity, marine and GIS. The panel was moderated by Ajita Shashidhar, BT's Senior Associate Editor. 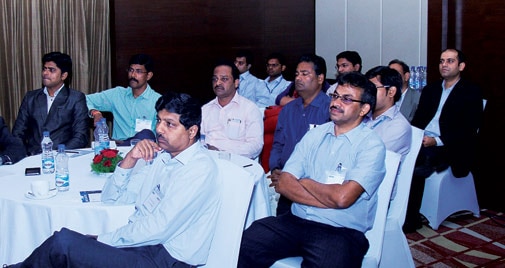 Absorbing discussion: The audience listens in rapt attention to the panellists at the BT SME roundtable
The discussion started with Sudarshan admitting that there is indeed a talent challenge - not just for SMEs but for large companies as well. But he qualified that by asking whether SMEs were looking at the challenge through the right lens. Were they trying to compete with large companies in getting the talent they need? That might not be the right approach.

Picking up the thread, Cummins's Bhargava started by saying that he used to sell gensets, and there is a term there called RTU or ready to use, somewhat similar to plug and play in IT. "I think we need to understand that talent isn't an RTU," said Bhargava, adding that companies should not expect to hire employees that can straightaway hit the ground running. Customisation of talent was essential, he said, adding that while we all blame technical institutes and the government for not developing the right talent, companies need to acknowledge that they need to develop talent themselves as well. Small companies can do it in their own organisations, and large organisations can do it by working with skill providing institutions like ITIs.

Taking the discussion further was Pillai, who said that organisations have two things that are unique to them: employees and customers. "Over time, technology can be bought, money can be made available, infrastructure will be available, but can you really overnight change your people?" she asked, adding that if companies don't believe that people are their appreciating assets, and they need to develop them, then companies can't possibly see their business goals and objectives coming true. She also pointed out that such development is much more possible in an SME where the decision-making hierarchy is much smaller.

Then Busrai took over, and challenged the self-perception of SMEs that they were small and therefore unable to get the kind of talent that a large company would attract. "SMEs have an advantage that they have to market - which is that they are the only ones who can create an entrepreneurial atmosphere in the company for mavericks to work independently," he said, adding that SMEs should not promote themselves to talent by showing their growth, but by outlining the kind of work that fresh talent will be able to do there.

Limaye started by saying that the talent challenge for SMEs is both an issue and a non-issue. "If you are branding your organisation properly, right talent is not a problem," he said, adding that if companies are low on confidence and brand themselves as small companies, then the market too won't be attracted to them. He further added that it was not necessary for SMEs to hire the best talent. They could hire less than the best, and "train them, coach them, and make them more and more loyal".

Varma said his company, which started with two people, now has 110, but it was always a challenge to find the right kind of people, so more often than not skills had to be developed in-house. He also pointed out that most of those people are still with the company, partly of course due to the extreme niche nature of the job.

After the panellists concluded debating on the subject, there followed an engaging Q&A session with the audience. Finally, a vote of thanks was proposed by Sanjay Athalye, Chief Risk Officer & Chief Marketing Officer, Reliance Commercial Finance and Reliance Home Finance, who applauded the courage of SMEs in the audience for venturing out on their own instead of taking up regular jobs.

Most powerful women of India Inc for 2015