Can do it but hurdles abound

Top executives get together in Mumbai to discuss what it will take to successfully drive Prime Minister Narendra Modi's 'Make in India' campaign.
Arpita Mukherjee   Delhi     Print Edition: Nov 9, 2014 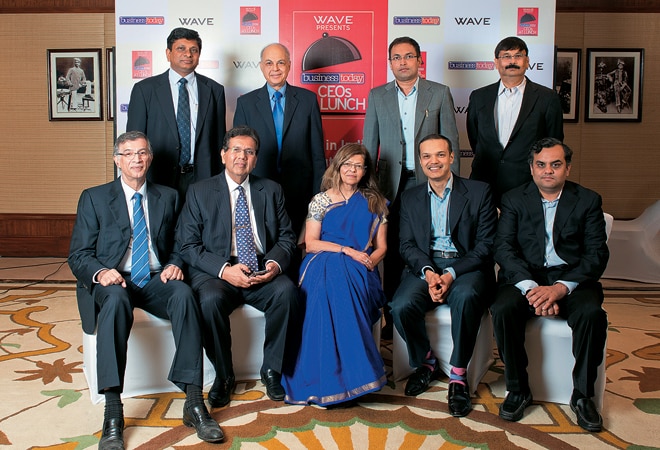 It is a fact that India's demographic advantage still remains underutilised despite a boom in the service sector. The policy-makers have realised that only a labour-intensive manufacturing sector can generate more employment and increase the overall income levels, which in turn can set the wheels of business cycle in motion towards robust economic growth. In a pitch to make India a manufacturing hub, Prime Minister Narendra Modi had come up with the "Make in India" campaign last month. As part of the plan, government will go all out to facilitate investment, foster innovation and build the best-in-class manufacturing infrastructure in India. 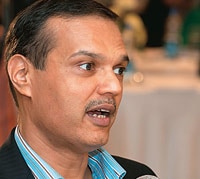 'I think make in India is possible. Make in India, for India, is more viable,'says Ridham Desai, MD, Morgan Stanley India.
On October 13, eight top corporate executives got together at the ITC Grand Central in Mumbai to ruminate and reflect on the topic "Make in India: Ambitious or Realistic?". Kicking off the discussion, Anirudh Dhoot, Director of consumer electronics maker Videocon, said that while it is good that many multinational corporations opened up factories, India needs to address issues in taxation. "There have to be some changes in the duty structure. If it is made simple then electronic goods will be made in India and there will be a lot of value addition," he said. 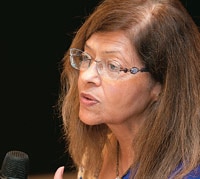 'What every player wants to know, both foreign and domestic, is sustainability (in the tax regime)...,' says Kalpana Morparia, CEO, JP Morgan India.
Most panellists at the discussion, moderated by Business Today Editor Prosenjit Datta, agreed that regressive labour laws and high labour costs need to be sorted out for manufacturing to flourish. VIP Industries Chairman Dilip Piramal, who runs a labour-intensive business, said that massive employment generation is not possible until issues such as higher costs and rules that do not allow companies to shut factories without prior government permission are addressed.

Piramal said there was a time when the luggage maker used to employ about 4,000 people in India. But now he has moved a major part of the production to China. His company currently employs about 500 people in India. He said that he is facing losses even at his facility in Nasik, Maharashtra. "It hurts me [when I say] that I am employing 4,000 people in China who are producing three to four times as much of what I used to in 1990 in India. This is happening in all the industries," he said. 'It is not only about made in India but also about invent in India that needs to be looked at,'says Ranjit Shahani, Vice Chairman and Managing Director, Novartis India.
While cheap labour drove companies like VIP to China, some companies such as Hiranandani Constructions are struggling to get skilled labour in India. "We certainly don't have the skill set to make in India, at least in the construction sector," said the company's Managing Director Niranjan Hiranandani. Arup Chauhan, Executive Director at Parle Products, said that the Mahatma Gandhi National Rural Employment Guarantee Act, which guarantees at least 100 days of work to people in rural areas, has created a lot of disinterest towards work in rural India.

Echoing the sentiments of pharmaceutical companies, Ranjit Shahani, Vice Chairman and Managing Director at Novartis India, underscored the need for more focus on innovation. "Today if I look at it from the global companies point of view, there is a very strong wait-and-watch approach. It is not only about made in India but also about invent in India that needs to be looked at as we go ahead," he said.

Shahani said that once investors invest elsewhere, they do not duplicate. "We only have one shot at it," he said, pointing to an exodus of major research projects of all pharmaceutical companies to China. "Made in India is a great idea but we need to speed up on various fronts and quickly," he said.

While India is doing much better in sectors such as automobiles and information technology, the industry leaders said the fact that India even imports products such as Ganesha idols and umbrellas from China does not augur well for the manufacturing sector. "India can do everything, but we're not manufacturing the basic goods. Employment will come from low-wage goods that are very labour intensive," said Piramal.

However, Kalpana Morparia, CEO, JP Morgan India, said that India need not be embarrassed about imports but instead should import if any of the items is affordable and cheaper for the masses. She said that 'Make in India' will work but it will vary across sectors. "There will be sectors where India will not just make for itself but export too and there will be sectors where we will continue to import. It's not a bad thing," she said. 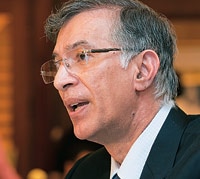 'We certainly don’t have the skill set to make in India, at least in the construction sector,' says Niranjan Hiranandani, MD, Hiranandani Constructions.
Morparia added what the country must focus on issues such as the tax regime in India so that strategic businesses come and make in India. "What every player wants to know, both foreign and domestic, is the sustainability... Make it [tax regime] simple, make it predictable so that every time they don't have to run to courts to figure out what [the laws] actually mean," she says.

Shahani of Novartis said there are clearly low-hanging fruits. "A stroke of pen can change the whole climate and I hope that happens speedily," he said. 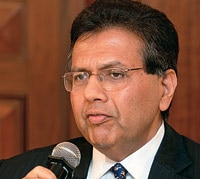 'It hurts me that I am employing 4,000 people in China and they are producing three times of what I used to in 1990 in India. That is happening in all the industries,' says Dilip Piramal, Chairman, VIP Industries.
Adding a different dimension to the discussion, Apurva Chandra, Principal Secretary (Industry), government of Maharashtra, said that companies he has interacted with do not express, at least initially, labour as a problem issue per se. He said most companies were able to train workers within three to four months but he indicated that they possibly faced labour-related issues as they grew in size. 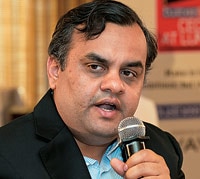 'There have to be some changes in the duty structure. If it is made simple then electronics goods will be made in India,' says Anirudh Dhoot, Director, Videocon.
Ridham Desai, Managing Director, Morgan Stanley India, said there is excess capacity in most parts of the world, coupled with a rapidly ageing population. "China's manufacturing boom cannot be repeated in India. Not because India is not capable of delivering world-class manufacturing, but because the world is not capable of absorbing the supply that may come with the surge in capacity," he said, adding that India needs to focus on building capacity for itself. "I think make in India is possible. Make in India, for India, is more viable," he said, adding that the idea is not ambitious, but pretty tactical and doable.

The event was sponsored by Wave Group.