It's happened all along in New Delhi. This time, the fifth edition of BT's annual brainstorming event BT MindRush was held on January 13 at The St Regis in India's financial capital, Mumbai. After all, that's where most CEOs of India Inc are located. The theme - "Rebrain or Rot" - was bound to bring in diverse opinions at a time when technology is changing almost everything - be it the way people work, commute or even eat.

The day started off with a panel discussion on "How to Make Baby Boomers, Gen-Xers, Millennials Work in One Frame." Eminent human resource professionals from across industries explained how the disruptive workforce of today has to balance the vast and varied employee culture. Most of the panel agreed on how baby boomers and gen-Xers are more inclined towards self learning, while millenials need a more one-on-one approach.

That was followed by a Masterclass by Eduardo Briceno, Co-founder of Mindset Works and California based business education expert and growth mindset researcher. 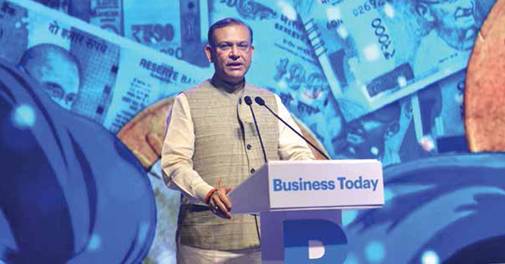 Jayant Sinha delivering the keynote address at the BT MindRush.

Talking on the theme, 'Mastering the Normal', Briceno stated that a growth mindset culture leads to faster growth and improvement, higher performance and resilence, greater creativity and innovation and diversity for business leaders and organisations. He pointed out that people having a fixed mindset look at their goals as 'smart'. Those with a growth mindset aspire for learning and improvement. According to him, when life's challenges come up, such people show greater resilience as opposed to those with a fixed mindset.

Then there was a session on 'Reimagining Organisations'. Lisa Gill, Founder of Reimaginaire, presented her assessment on how organisations are experimenting, and building new structures. She elaborated how the traditional paradigm of a parent-child relationship, where managers would take responsibility, and own the problem, should move to a more adult-adult relationship, where both hold equal responsibility for growth. "No hierarchy and no bureaucracy is not the answer," she said. The manager is accountable and responsible, however the responsibility rests on the employees, which she notes, "Is a much more partnership and trust based paradigm." This thought led into the panel discussing how an organisation can realise that it is time to change, where the panelists Janmejaya Sinha, chairman, BCG and Sunil Lulla, MD & Chairman, Grey Worldwide agreed that change is a constant and one cannot sit back at any point. 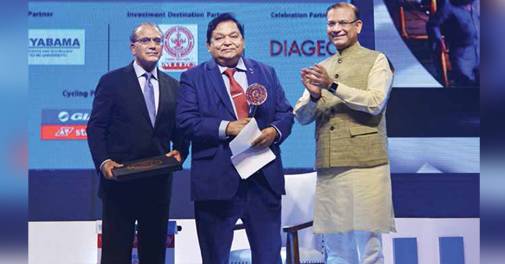 Sinha said, "You have to be able to shed the past of success and change what is not broken," adding that inaction is sure death. "When you cannot predict or shape the future, you need to be agile," he said. Lulla added that companies get pushed by consumers, competitors and ambition. They need to find new focus.

At a time when the economy is just trying to get off the slouch thanks to demonetisation and the introduction of Goods & Services Tax (GST), all hopes are on the Union Budget, the last big one in this government's tenure. Talking about the challenges before the government which are likely to be addressed in this Budget, RS Sodhi, MD, Amul, said: "68 per cent of people are living in villages. But the type of skills required to be given in rural India are not up to the market. We need to provide better skills to rural India. Moreover when it comes to agriculture, we have to think about other crops such as horticulture where productivity is higher. Animal husbandry is another area to look at. The government should provide more budget to create jobs in rural India than urban India."

Ajit Ranade, Chief Economist, Aditya Birla group, said: "The focus should be on providing more jobs, as challenge is to create 20-30 million jobs per year. We are seeing the youth unrest which needs to be taken care of." State Bank of India's Chief Economist, Soumya Kanti Ghosh stated that the story of jobless growth is a little bit exaggerated. If you look at data such as increase in provident fund accounts it is not true. Though jobs have to be created the most important thing is women's participation which is declining."

After a heavy discussion on the economy, it was a time for funny one liners and anecdotes as motivational and inspirational speaker Mark Inglis poured out his lifes learnings on going above failure and beyond success. Giving instances from his life journey, he talked about the ever-present need to re-imagine, innovate, and re-brain. Inglis called two participants on stage to re-enact the incident in which the 23-year old Inglis lost his limbs to frostbite after being stuck in snow for 324 hours on Mount Cook. The 58-year-old New Zealander said he stayed alive for two reasons "knowledge to make the right decisions to survive and faith in the team." He said: "Attitude defines your altitude. There's nothing more important for a mountaineer." 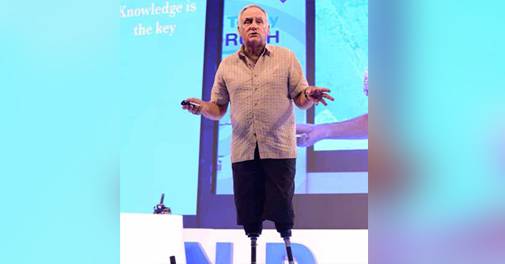 Mark Inglis, mountaineer and motivational speaker who lost his limbs to frostbite on New Zealand's Mount Cook, telling the audience on how to re-imagine, innovate and re-brain.

Welcoming union minister Jayant Sinha, Aroon Purie, Chairman and Editor-in-Chief, India Today Group stated how the fourth industrial revolution with new developments in technology was changing everything in people's lives. In the world of finance, professional investment managers and bankers are wondering how to deal with the challenge posed by the rise and rise of bitcoin and the other cryptocurrencies. In today's world of constant disruptions, there is no CEO or business leader who not thinking constantly about the future. It is about 'Rebraining' yourself. Masterclass by Eduardo Briceno, Co-founder of Mindset Works, on the theme, 'Mastering the Normal'.

Prosenjit Datta, Editor, Business Today said: "I believe it is particularly relevant today given the fact that we are passing through the fourth industrial revolution, rapidly changing global dynamics and policy revolutions at home. Disruption has become the new normal for businesses and society," said.

Union Minister of State for Civil Aviation, Jayant Sinha was the chief guest and gave away the Best CEO Awards. In his address, Sinha said, "We are witnessing reform 3.0," talking about formalisation of the economy with GST and demonetisation, the setting up of the Monetary Policy Committee, bankruptcy code, building of infrastructure and steps to increase social security, among other things. He said while the ground work has been done, the economy will have to be taken forward by businesses and leaders. "We in India have to develop our own model," he said. 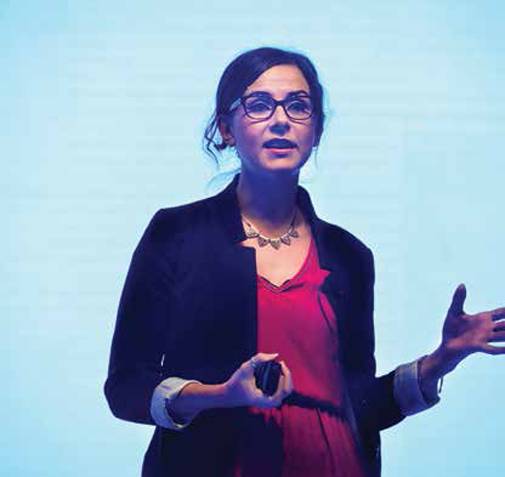 Lisa Gill, Founder, Reimaginaire, on how corporations are going about building new structures.

The finale was the awards ceremony. The awards were divided into four categories. There were 11 sector-based awards, four on size - small, medium, large and super large. Then there was the Champion of Champions. Also introduced this year was an award for Lifetime Achievement. Kenichi Ayukawa, MD & CEO, Maruti Suzuki India won three awards. He won the Champion of Champions Award. In addition to that he also won the sector award for auto & ancillaries and for large companies. The Lifetime Achievement Award was for two stalwarts, AM Naik, Group Chairman, L&T and YC Deveshwar, Chairman, ITC.