It was celebration time. At a power packed gathering of women professionals and entrepreneurs at the ITC Grand Central in Mumbai on September 22, Business Today released its coveted list of 30 Most Powerful Women in business.

The award session started in the afternoon with one of the youngest ministers in the BJP-led National Democratic Alliance government, Smriti Zubin Irani, Minister of Textiles, walking in all smiles, escorted by India Today's Group Editorial Director (Publishing) Raj Chengappa and Business Today's Editor Prosenjit Datta. After giving away the awards and releasing the special issue of BT, Irani in her keynote address asserted that recognising and nurturing female talent will be the game changer in the coming years.

"Continuous mentoring and nurturing is needed to encourage women to leadership positions," said Irani. There was also a lot of buzz on social media. Irani, who boasts 4.7 million Twitter followers, flashed congratulatory messages to the women achievers. 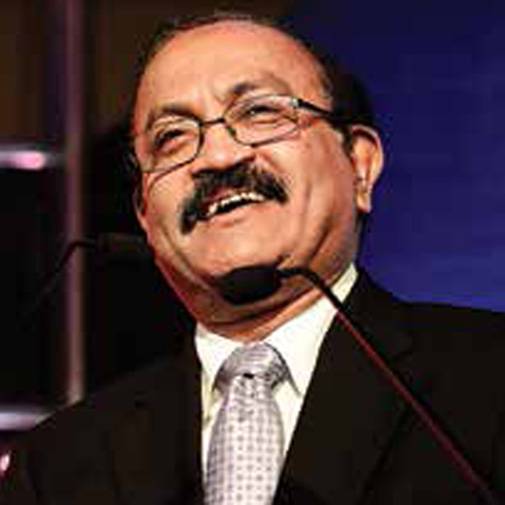 The minister was in her elements, fielding questions from the audience with ease, adding a bit of humour to her responses and also making a point. "I never took refuge in my gender," she remarked. When asked by an audience member about how she entertains herself, the minister said in a lighter note, "No saas bahu (for me)...my interests are watching legal shows and (relishing) food." Making a statement: Smriti Irani's inspiring talk was the highlight of the event

There was a lot of bonhomie amongst the winners - after all, these leaders don't get time to network under one roof. It was also an emotional moment for three ladies who moved into the 'Hall of Fame', after winning seven years in a row. NSE's Chitra Ramkrishna, Lupin's Vinita Gupta and HP's Neelam Dhawan joined over a dozen other professionals who are already a part of this elite club. Earlier in the day, Chengappa in his opening remarks said the good news is that in offices all over India, attitudes are undergoing a remarkable change. "Companies across the corporate spectrum now recognise that women leaders bring in unique perspectives and approaches to strategy and trouble shooting, and are invaluable assets to organisations," he said. 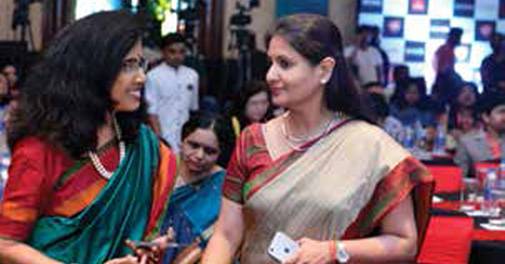 Datta, while welcoming the audience, explained the significance of the awards and the methodology adopted by the jury to compile the list of winners. "It was from a list of 150 that the jury picked the 30 ladies who are anointed the most powerful women in business for the year because of their achievements over the past 12 months," he said. The second half of the award evening was equally interesting with two panel discussions keeping the audience riveted to their seats. The topic for the first panel discussion was "Has flexi time really helped retain highperforming women in the workplace?" And the second, "Women mentors: Too few to make a difference?" Sathyabama University was the presenting sponsor of the event. Other sponsors were EBCO (Associate Sponsor), GM Fabrics (Design Partner) and Kalyan Jewellers (CSR Partner).