The 18th edition of the Business Today Pro-Am of Champions 2013 witnessed a nail-biting finish at the Classic Golf Resort in Manesar, Gurgaon, on March 10. The two-day event, held on the 300-acre course at the foothills of the Aravallis near Delhi, was sponsored by BRYS Group, a leading real estate company of Delhi and National Capital Region.

It was second-time lucky for India's Neha Tripathi, who edged past Thailand's Pennapa Pulsawath to win the event. With both players tied at a score of 141 after the second round, the match went to a play-off and Tripathi, who had lost the event in a play-off last year, came out on top this time in the second play-off on the 18th hole. Tripathi's compatriot Smriti Mehra, popularly known as 'Simi', was the second runner-up. Some corporate leaders had even flown in especially for the event, including Mumbai-based Ravikanth Konteti, Managing Director, JPMorgan Chase India, and Vijay Chauhan, Chairman and MD, Parle Products. 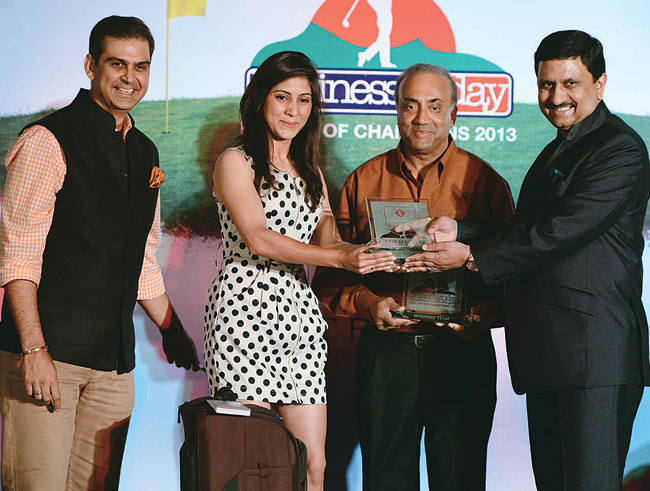 The winning team of Nikhil Chopra, Ankita Tiwana (pro) and Vivian Peres with Rahul Gaur Photo: Shekhar Yadav
Konteti acknowledged that apart from the joy of playing the game, such tournaments also provided a good opportunity for networking. Prateek Dabral, Vice President (Business Development) , BAE Systems, agreed. "The unique thing about the event is the kind of people who participate. I like playing golf with exciting people not only from business point of view but also to develop social relations."

Kabir Advani, MD, Berco's, a chain of Chinese restaurants, even found striking similarities between golf and life. "Golf, like life, is a great leveller. It brings out your true self. Also, golf lets you spend some time with yourself and help understand your own strengths and weaknesses." 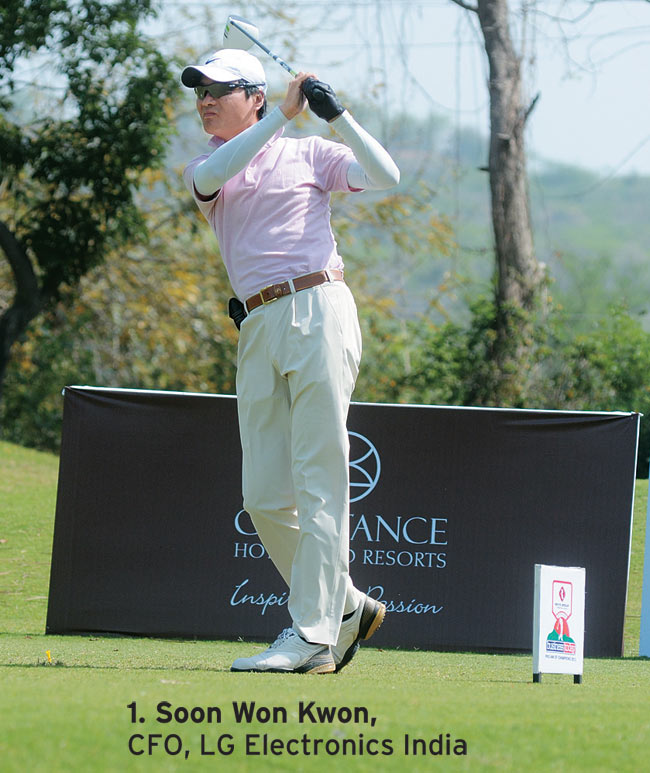 Rao, the US-returned MD, Kohinoor Speciality Foods India, said playing golf has influenced his managerial skills. "There are various similarities between playing golf and running a corporation. While playing golf, you increase the morale of your teammates and with every game, you increase the benchmark. The additional benefit of playing golf is that you end up walking a couple of miles each time you play, which helps you stay fit." 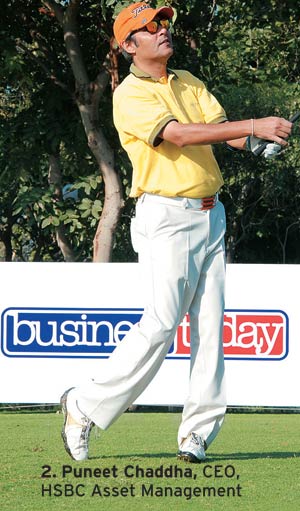 A few players said they were not satisfied with their performances in the tournament. Ashok Jha, Chairman, MCX-SX, said he could have played better. "I resumed playing golf in December after a break of over two years." Arjun Nohwar, who works with Tata Administrative Services, said that even though he did not play well on a few holes, he was able to make up for it on other holes. "That is the beauty of this game." At 30, Nohwar was one of the youngest amateur golfers on the course. 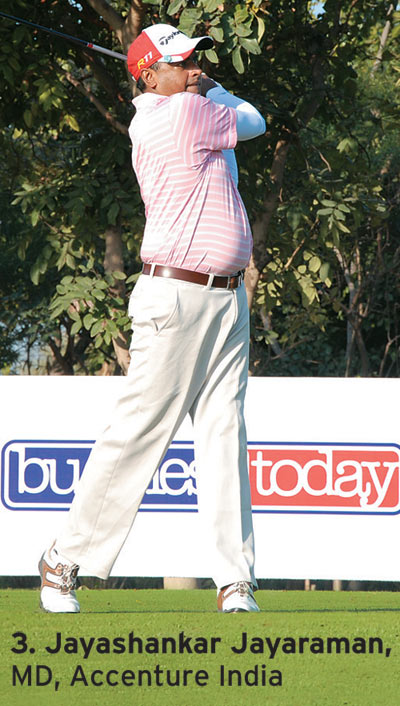 The event culminated in a glitzy awards ceremony at New Delhi's ITC Maurya hotel. Aroon Purie, Editorin-Chief, India Today Group, gave away the prizes to Tripathi, Pulsawath and Simi. Tripathi, who admitted to being nervous during the play-off, thanked BT for its support. "I am really ecstatic. In India, there is a large pool of young golfers who will turn pros in the next three to five years and that will be an exciting time for Indian golf." While Rekha Purie, Chairperson, Vasant Valley School, gave away the prizes to the individual (amateur) winners. Ashish Bagga, CEO, India Today Group, distributed the prizes for the longest drives on both the days. 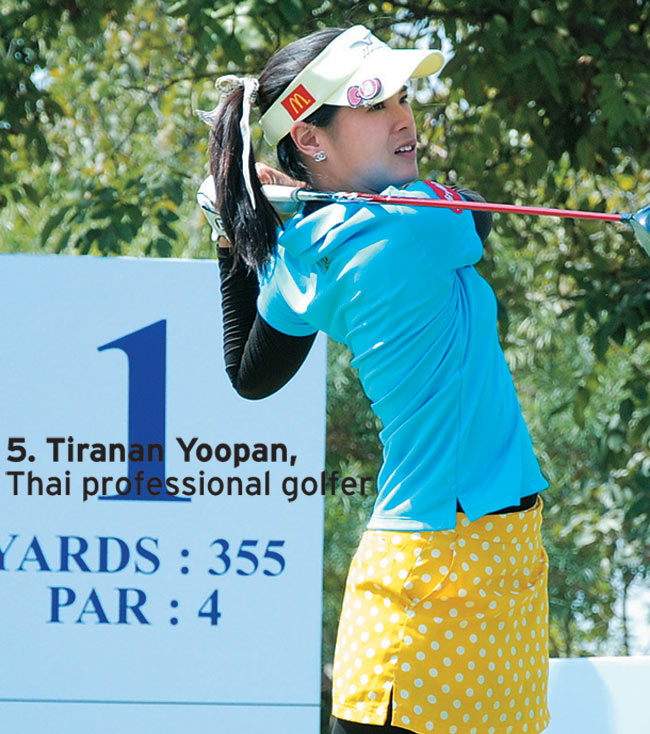 Rahul Gaur, Chairman and MD, BRYS Group, the event's principal sponsor, gave away the awards to the winning team, one of whose members, Chopra, said golf had generated tremendous interest in India in the past three years. "Every year, the number of people playing golf is increasing. If you go to any golf academy, you see four and five-year-old kids taking golf training." All the sponsors were thanked in the vote of thanks, including ITC Hotels, the associate sponsor and Constance Hotels and Resorts, the international destination partner. Air Mauritius was the international airline partner. Other sponsors of the event, which was also supported by the Women's Golf Association of India, included NEO Sports (TV partner), TGS (equipment partner), Cotstyle (apparel partner), and Golf Digest (official magazine). 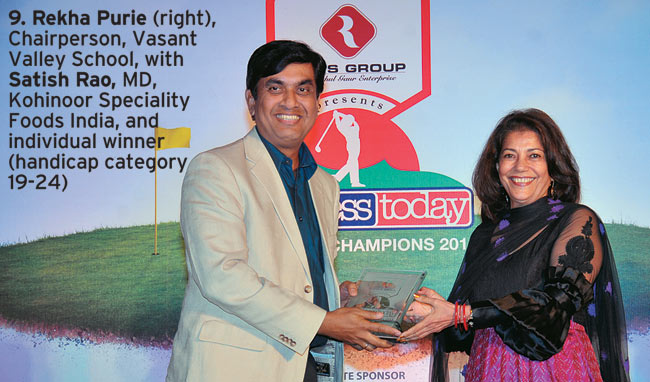