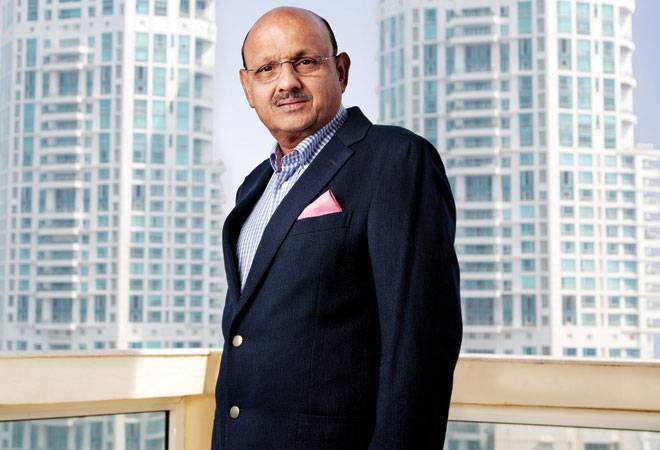 If you have shopped at Walmart, Macy or JC Penny in the US, chances are that the bed linen you bought were manufactured at the Rs 2,200-crore Indian textile major Indo Count's Kagal plant at Kolhapur in Maharashtra.

The manufacturing unit, which churns out 68 million metres of bed linen per year, ships over 90 per cent of those to retailers, big and small, across the US. "For every Black Friday sale, for instance, we ship 530,000 bedsheets to a large US retailer that are invariably sold in just two hours. We are one of the preferred suppliers of the retailer," says Anil Kumar Jain, the 63-year-old Executive Chairman of Indo Count. He started off as a cotton yarn manufacturer in 1991 after getting ousted from his family's beer business when the extended family parted ways.

Jain says that Indo Count is the most sought after supplier in the export market not just because of the impeccable quality it offers, but it also has a lot to do with his cotton yarn background. "Since the organisation came from a spinning background, most of our innovation started at the grassroot level. While our competitors were doing backward integration, we moved forward. Whenever we met customers, we were able to show differentiated products."

"We develop 18-20 products every year. We do a lot of consumer research studies, we interview our customers and then our product development team comes up with a tailor-made solution. Because of this, we have been able to grow the business faster than competition," says Mohit, Jain's son and the Managing Director of Indo Count, adding that despite being a company that manufactures for other brands, they have always approached it as a consumer-facing business, rather than having a purely manufacturing mindset. In fact, earlier this year, the company set up a 9,200 sq.ft experiential store at New York just to get their customers to touch and feel the array of products on offer.

Getting into creating their brands has been a natural progression for a company that has always been consumer-focused, says Jain. In March this year Indo Count launched three brands, all in the fashion and utility bedding spaces, under the brand names Boutique Living, Revival and Pure. From anti-microbial and aloe vera-treated bedsheets that promise to reduce stress levels to temperature control sheets and mattress covers and liners, the Indo Count brands offer everything that a high-end homemaker in the US would aspire for. The company has also launched licensed UK-based home furnishing and wallpaper brands such as Harlequin, Sanderson and Scion. The Indo Count brands are available across 1,000 stores in the US and, come March 2017, they would be entering other European markets.

Before launching its own brands, the company did what it is best at - it forayed into the $10-billion fashion, utility and institutional bedding market in the US. This enabled them to get an idea of what the consumer needs were, says Jain. The company caters to the bedding needs of over 35 hotels in the US, and the fashion and institution segment is already contributing 10 per cent of the companys revenues. "The fashion bedding market in the US is $10 billion, out of which only 7 per cent of the imports happen from India. Therefore, we see it as a huge growth opportunity," explains Jain, who expects this segment along with his branded business to contribute close to 35 per cent to his overall revenue over the next three to four years.

The company has also launched Boutique Living in India this October. In the domestic market, the company has chosen to play only in the premium segment. The pricing of the brand is between Rs 3,000 and Rs 8,000. The domestic home textiles market, according to Jain, is a Rs 40,000-crore market, out of which organised segment comprises just 10 per cent. But then, will a high-end home textile brand be able to sustain, especially when there is such a huge unorganised market? Jain is confident that it will work. "We need to prove to the end consumer that what he or she is buying is good value for money. This may take time, but it will work." In the past three years, Indo Count has had a good run. The company's market cap has grown 87.3 per cent in the past one year, surging by Rs 1,700 crore. However, the success run came after years of pain.

Even though Jain had managed to become a debt-free company by 2004 and had leveraged his balance sheet to borrow and forward integrate, after he got into bed linen manufacturing in 2007, his company faced a Rs 150-crore derivative loss. "We were into CDR. However, we knew that we were not driving a cash loss. The losses were there only because of derivative and forward cover. So that gave us a lot of confidence."

Considering his debt-free past, Jain says that banks were willing to bet on him. "We were to come out of CDR in 2018, but we came out in 2015. Year after year our EBITDA percentage was increasing, which gave bankers confidence in us."

In fact, Union Bank of India Chairman and Managing Director, Arun Tiwari, says the grit and determination with which Jain handled the derivative crisis, made sure that his customers did not face the brunt of it and brought to the fore his leadership qualities. "There is hardly any company that comes out of CDR and does much better. Indo Count has not only paid off all the dues, but has also been doing exceedingly well."

With the branded business taking off, the company is well into the next phase of growth. Jain has set himself a revenue growth target of 15-18 per cent, year-on-year. Come December, the company plans to increase its capacity to 90 million metres per year.