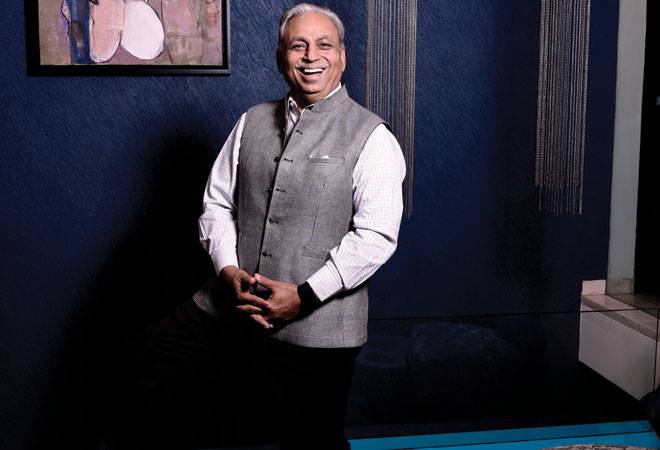 A 30-hour train journey from the town of Chittorgarh in Rajasthan, where Chander Prakash Gurnani lived, to Rourkela in Odisha, where he studied chemical engineering, turned out to be life-changing. During that journey, Gurnani met a few Rotarians, a meeting that eventually led him to start a Rotaract Club (Rotary clubs sponsor them) in Rourkela around October 1976. He organised fund-raising campaigns, involved himself in community development, adopted villages, and ran health programmes.

"Being a people's man, that part of my personality firmed up during the five years at Regional Engineering College, Rourkela, and during my four years at Rotaract," says Gurnani, Chief Executive Officer and Managing Director of Tech Mahindra. "The discipline of running weekly meetings, working with the partner ecosystem, all came in."

It is not clear when the "People's CEO" adage came to be associated with Gurnani. Almost everyone, internally and outside the company, uses it. However, it is not counter intuitive to say that in a people's business - for the longest time, more people equalled more revenues in the IT services industry - a people-friendly CEO became a great asset. Much like N. Chandrasekaran, the CEO of India's largest software services exporter TCS, Gurnani, too, has an elephantine memory, his colleagues say. He has built a collaborative family culture. Gurnani knows the names of his leadership's family members and remembers every anecdote relating to their children. Conversations, in many cases, begin not with business but with family talk. Gurnani's people skills (the company employs 112,886 now) have played a role in how the company bulked up.

In 2010/11, Dataquest, an IT trade magazine, ranked Mahindra Satyam at No. 17 and Tech Mahindra at No. 18 in Indian IT's pecking order, by revenues. This year, it ranked Tech Mahindra at No. 6 with revenues of over $4 billion, after TCS, Cognizant, Infosys, Wipro, and HCL Technologies. What happened in between was a bout of heavy shopping. Tech Mahindra acquired a dozen companies, from the fraud-hit Satyam (Tech Mahindra announced completion of Mahindra Satyam's merger in 2013, although it was bought in 2009) to Italian car design company Pininfarina S.p.A., which had designed vehicles for Ferrari, Peugeot, Fiat, GM, Maserati and Hyundai, among others. The acquisition spree has also helped the company de-risk. Almost 100 per cent of its revenues were generated from the communications (telecom) vertical before its merger with Mahindra Satyam - the vertical remained its 'bread and butter' ever since the company was formed as a joint venture with British Telecom in 1986. Today, it counts AT&T, Verizon and Vodafone among its customers. Nevertheless, by 2015/16, communications had a revenue share of only 52 per cent of the total business.

Industry watchers say that without Gurnani leading the charge, things could have just flittered away, especially because it involved high-risk, bold acquisitions. "His best leadership mantra, as I remember, has been setting audacious goals and the self-belief he brings to all meetings. The Satyam acquisition required his solid people skills. He worked with former employees of Satyam and carried them as a team with a single goal: How do we come out of this and grow. That to me was a great leader," says T.R. Madan Mohan, Managing Partner of Browne and Mohan, a management consulting company. 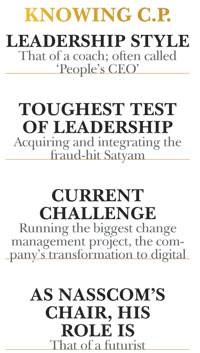 And now, Gurnani says, he is leading one of his biggest change management projects. That of navigating Tech Mahindra's shift to the new paradigm of digital. It is widely cited that by 2020, 80 per cent of new investments in technology will be in digital, in services such as mobility, analytics, Internet of Things, and cloud. When the CEO began preparing for this change about three years ago, a lot of his issues were cultural.

"Every organisation deals with transformations in different ways. One guy can say I need to become a garage. The second way of dealing with the same challenge would be to set some lofty goals for becoming a digital workshop and then try and run hard to achieve it. Third, I will become digital by listening to the customer," says Gurnani. "The core of my company is people. So I first need to transform the core. But the transformation has happened because we listened to our customers as well," he adds. Gurnani, about three years ago, took 150 of the company's top leaders to Singularity University in the Silicon Valley. The university believes in 'exponential thinking'. "If I had just told my leaders that this is the future, they would have said, 'Thank You, but I have today's bread problem to solve'. But during the visit, they learnt from various professors the impact of digital on different industries. That worked out well," he says.

He has also managed to infuse a dose of Silicon Valley-style entrepreneurship DNA among the leadership. Jagdish Mitra, who heads Strategy for Tech Mahindra, says CP, as Gurnani is popularly called, made them more entrepreneurial in decision-making. "That has helped us grow because we could decide faster and move on. He is not too much of an analysis-to-paralysis type of a guy. He expects people to take action. There are numerous occasions when people like me have failed or got it wrong. He stands by you and says, 'So what?'."

Gurnani wears the futurist's hat even at industry body Nasscom, where he is the chair this year. His role is to predict what the workplace of the future will look like, and what could be the regulatory risks. The industry, and Tech Mahindra, could experience turbulent times ahead - there is a surge in protectionism around the developed word, from the United States to the United Kingdom, principal revenue geographies for Indian IT. How will he be navigating this?

"Healthy paranoia is good," Gurnani says. "We are all living in interesting times with multiple transformation triggers. All of them are very potent. We need to balance the various triggers, whether it is the Western economy or the geo-political challenges." ~