H.M. Bharuka's drive to take the staid Kansai Nerolac into the world of decorative paints has taken the company places.
by Nevin John | Print Edition: January 1, 2017 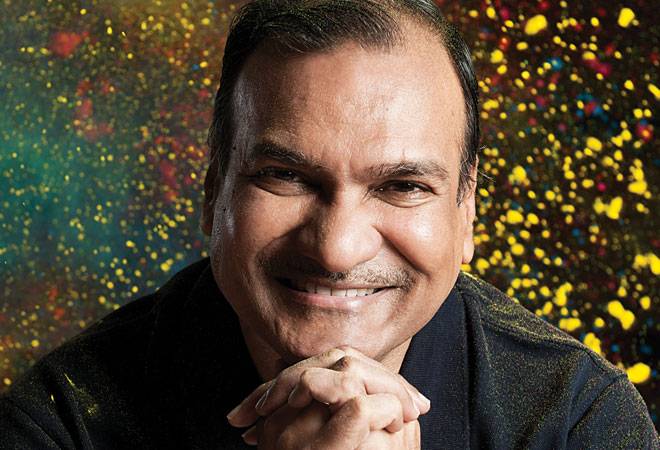 M. Bharuka, the MD of Kansai Nerolac Paints (KNPL), puts things in black and white when asked about his struggles after he took up the top job 16 years ago. The company's wooden and worn-out units, he recalls, were in bad shape, the focus was on industrial paints (for automobiles and white goods) and margins a paltry 3 per cent. The best corporate leaders would have shuddered at the challenges. Bharuka took them head on.

In 2001, KNPL embarked upon Mission 2010 - the aim was to replace the sick units with environment-friendly plants powered by latest technology. Besides, Bharuka went about overhauling the product range to give the new generation what it wanted, and invested heavily in the more profitable decorative paints segments. The companys margins are a robust 19 per cent today. This, apart from several other successes, has made Bharuka the best CEO in the chemicals category in this edition of BT Best Awards.

KNPL, which started in 1920 as Gahagan Paints and Varnishes Company at Lower Parel, Mumbai, kicked off the first phase of Mission 2010 by shutting down all the old four plants, in Kanpur, Mumbai, Ahmedabad and Chennai. Before this, it built four factories - at Lote in Maharashtra, Bawal in Haryana, Jainpur in UP and Hosur in Tamil Nadu. It also built close to 100 depots across the country.

"The old factories were in the middle of cities. Their productivity was low. There were also safety and environmental challenges. In addition, there was no space for expansion. So, we bought bigger plots outside the big cities. We also offered employees VRS (voluntary retirement scheme). It was a difficult decision overall," says Bharuka. The promoter, Japans $3-billion Kansai Group, stood by the local management. The results have been spectacular. In the last 10 years, the company's revenue has grown 200 per cent to Rs 3,855 crore and net profit 231 per cent to Rs 356 crore. In the past three-four years, the company has invested heavily in the high-margin decorative paints business, while also focusing on the traditional automobile paint business. It used periods of slack demand, especially after the 2008 global financial crisis, to set its house in order, invest in new plants, reduce costs and enter new geographies. This has stood it in good stead.

"We worked on improving profitability and introduced products in the lucrative emulsion category. In addition, we started doing a lot of value engineering, changing the product mix and introducing premium products. Value engineering reduced costs. We are the best in the industry in terms of overheads. Consolidation of factories, enhancement of productivity and use of advanced technology helped us improve profitability," says Bharuka. Fall in prices of raw materials, especially crude oil, too, helped.

"Earlier, we were known as an industrial paints company. In the past 15 years, we have spent a lot of money on the decorative side, too. This has helped us increase profitability. We roped in celebrities such as Amitabh Bachchan and Shah Rukh Khan to lead our campaigns. The focus on decorative paints has paid us good dividend. At present, decorative accounts for 55 per cent revenue, while industrial accounts for the rest," says Bharuka.

KNPL is the country's largest industrial paints company with 35 per cent-plus market share. Overall, it is the third-largest, with 14 per cent market share. "With sustained growth in decorative paints and subdued industrial demand, the company has increased the revenue contribution from decorative paints from 50 per cent in 2018/09 to 55 per cent in 2014/15?.KNPL continues to invest in brands, with 4-5 per cent sales proceeds going towards advertisement and promotion," says an ICICI Securities report.

While Bharuka gets the latest technology for the factories, he also uses information technology extensively in strategy formulation and execution. The company works closely with SAP and uses its latest systems, including SAP HANA, an in-memory data platform for performing real-time analytics and developing and deploying real-time applications.

The company has announced a plan to build two new facilities in Gujarat and Punjab, and a research and development facility in Navi Mumbai. It does business outside India through joint ventures (JVs). It has a JV in Nepal with Kansai Nepal, apart from the one in Sri Lanka (with the Capital Holdings Maharaja group).

Bharuka is upbeat about the future. "The per capita consumption in India is low. Penetration is low. We have been growing in double digits for the past 25 years. This will continue for the next 20 years. The challenge will be to introduce new products. We should be driven by technology for capturing the opportunities available. We are, for instance, doing constant research to reduce energy consumption," he says.

The size of the paints industry was estimated to be around Rs 39,000 crore in March. Slowdown in infrastructure and poor demand from major industry segments, such as automobile and consumer durables, affected its performance last fiscal. Factors such as poor monsoon, high interest rates and uncertainty due to geo-political events added to the underperformance. At the same time, the industry benefitted from lower crude oil prices. Bharuka says they will go ahead with both greenfield and brownfield expansions considering that the industry has been growing in double digits. "It was growing even during the downturn. The penetration level is low. The consumption in India is 2.5-2.8 kg per person, compared to the developing countries average of 15-20 kg." This means the companies have a huge opportunity to grow.

The company has strong brands in interior, exterior and metal paints such as Impressions, Excel, Suraksha, Satin Enamel, Lotus Touch, Beauty, Pearl and Little Master. "Webelieve decorative paints will continue to grow at a rapid pace due to limited number of players and strong repaint demand. We also expect revival in demand for industrial paints (75 per cent of this is automotive paints), led by a recovery in the automotive segment," says the ICICI Securities report.

Bharuka has been with Nerolac for 31 years. He is also a part of the executive committee of the Kansai board responsible for formulating the global business strategy. The Kansai group's target is to be among the top four paint companies in the world. Right now, it is at number nine. It is aggressively pursuing the inorganic route to achieve the target. This means a lot of work for Bharuka in times to come. ~