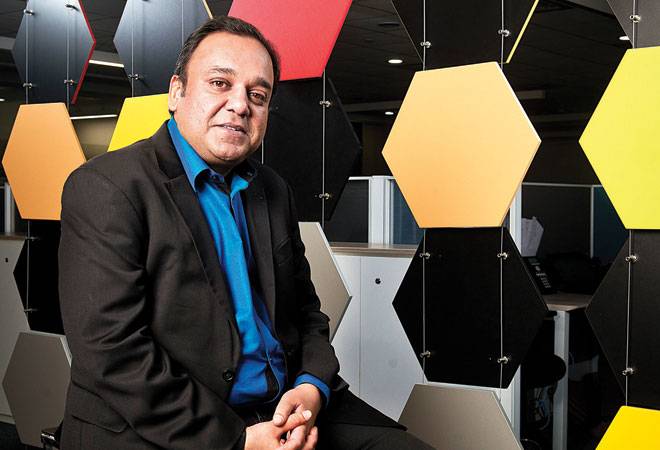 The year 2016 has been action-packed for Zee Entertainment. During the year, not only did the Rs 5,850-crore media giant expand its core broadcast business by acquiring Anil Ambani's Reliance Broadcast Network, it also expanded its international operations by entering the US Hispanic market with the launch of a Spanish channel. It also re-entered film production with movies such as Jazbaa and Rustom, both of which earned decent revenues. Besides, group company Zee Media Enterprises, which owns the TV news business, bought a 49 per cent stake in Reliance Entertainment's FM radio network, Big FM.

Punit Goenka, the 42-year-old MD & CEO, has an insatiable appetite for big bets, just like his father Subhash Chandra, Chairman, Essel Group, the holding company of Zee Entertainment. In one such bet, Zee is starting a theatre venture, called Zee Theatre, in January. The announcement was made in October 2015. The venture is already working on a series of plays, including Piya Behrupiya, Rudaali and Janpath Kiss, for which it has partnered with acclaimed playwrights such as Mahesh Dattani, Shafaat Khan and Vijay Tendulkar. "We are called Zee Entertainment, not 'broadcasting', and so I felt the need to look beyond broadcasting," says Goenka, under whom Zee has also forayed into live entertainment with Zee Live. "We are also developing intellectual property (IP) in the music and food festival space," he says.

Apart from this, after relaunching a linear digital venture, Ditto TV, and an advertising-dependent over-the-top, or OTT, platform, Ozee, earlier this year, Goenka is giving final touches to a global OTT platform. OTT involves delivery of content over the Internet without a multiple-system operator. A few months ago, it also launched a global news channel, WION (World Is One News).

In spite of a big risk appetite, Goenka is clear that all new businesses should have the capability of becoming profitable in the short to medium term. "We are answerable to our shareholders," he says.

"Punit has always been extremely focused on the bottom line. He has the ability to expand the business without compromising on margins," says Apurva Purohit, President, Jagran Group, who worked with Goenka in the early 2000s.

"I believe Zee doesn't need turnover. It needs businesses that are profitable," says Goenka. That is why, earlier this year, he sold the loss-making sports channels to Sony Pictures. "I couldn't afford my sports business hurting the rest of my business and shareholder value." Exits like these are nothing new for the group. Goenka says in the early 2000s, they had quit the movie business due to too many under-the-wtable cash transactions and lack of transparency. "Now, the music business is 100 per cent digital. Also, 95 per cent film distribution has been corporatised. With transparency, it has become easier for us to work."

Goenka's focus is clear - that Zee will invest in only those films where it gets to own the IP. "We don't give cash to other production houses. We usually don't acquire films. Even if we do, we are clear that we have to own the IP or co-production rights," he says. IP ownership enables the company to make money even after the movie is out of the box office, something that most Indian film studios have failed to cash in on.

Experts say without the IP rights, the opportunity for studios is limited to 8-10 per cent of the movie's collections. "When Punit talks about owning the IP of the films he produces, he is definitely approaching the business from a long-term perspective," says Vikram Malhotra, CEO of Abundantia Entertainment, which has produced blockbusters such as Baby and Airlift. Malhotra says Zee has also been smart in buying the music rights of films. "Despite being a late entrant, it has challenged the market leader," he says. T-Series had a monopoly on music labels till Zee entered the business in 2014.

While the move to re-enter film and music labels has paid off, theatre and live businesses are unlikely to be a cakewalk considering that Walt Disney India's Beauty and the Beast - though successful - is nowhere close to breaking even. This is not surprising, as theatre in India has never worked as a business proposition. Goenka agrees. "But there is no reason why they shouldn't look at it as a business. As long as people are looking for this kind of entertainment, they will pay." His aim is to invest in the infrastructure and develop the ecosystem. He has set up a separate vertical for theatre and live entertainment businesses.

Goenka is also excited about the global broadcast foray. Under him, Zee has launched channels in Russia, Germany and South Africa. It has also entered the US Hispanic market. "We studied international markets and found several outside Asia that are similar to us in terms of culture and content consumption habits but without a local industry. They depend heavily on imported content. One example is West Asia. We identified pockets where we had the opportunity to create products in local languages."