Growth in a Time of Protectionism

Will international business be more connected by free flow of ideas, people and trade; or will we see the drawbridges of protectionism being erected afresh?
Strategy& Leader India   Delhi     Print Edition: January 1, 2017 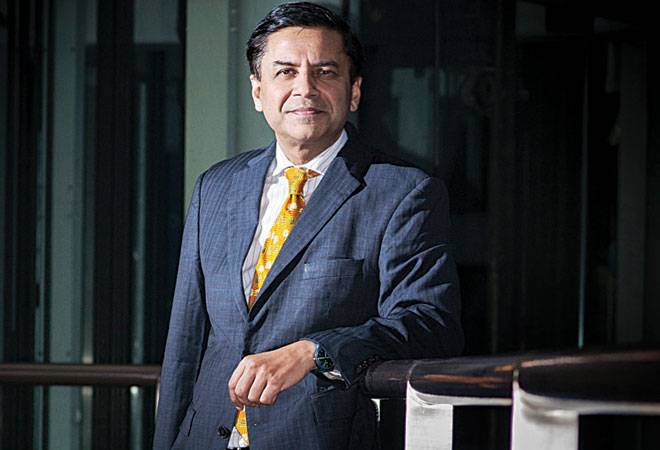 From the surprise Brexit vote to the recent anti-trade flavour in the US elections, battle lines are being drawn in a world that was seen as intimately interconnected. Going forward, will international business be more connected by free flow of ideas, people and trade; or will we see the drawbridges of protectionism being erected afresh? In recent months, national narratives are fiercely critical of large companies and individuals who benefit from globalisation. The upswing in the blue collar rust belt vote that swept Trump to power is only one indication of this trend. Other economies like Russia, Turkey and Philippines are also scripting similar narratives that highlight national interests and give pause to the international flows of goods and services we have been used to.

Against this backdrop, Indian businesses are faced with a choice: to continue to globalise or to focus on the Indian market. India is one of the few economies where the emerging middle class and the benefits of a young demography provide a strong internal growth engine. On the other hand, the lesson from Japan and Korea is that only through international expansion will strong globally competitive companies emerge in India. Many global commentators assert that the only alphabet in the BRICS that has lived up to the acronym is I. The question for Indian companies is: Should I stand for 'International' Indian business or should it denote an 'Internal' Indian focus?

Despite national political boundaries hardening, at a people and ideas level the world has never been more interconnected than now. Digital connectivity is providing the human race and its seven billion population a degree of interdependence that is unprecedented. This is being aided by improving physical connectivity, as global supply chains and global infrastructure projects come into play - China's One Belt One Road being just one such example. With rural penetration of digital within India and other countries, this is no longer confined to those living in large urban conurbations. With the number of people using internet being higher than those with a 10th class degree in India, this is also no longer confined to the highly educated. The global movement of data, connections and experiences has skyrocketed over the past decade. The flow of cross-border data has expanded 45 times over the past decade. The percentage of global GDP that is traded across border has increased from 20 per cent to 30 per cent over the past two decades, an unprecedented jump. Cross-border issues like climate change have also rallied private, government and civil society unmindful of borders. The world was flat. Till recently.

President Trump is expected to drive a continuing engagement of the US with the rest of the world. While regional trade treaties like the TPP could be jettisoned, even if the new administration takes an inward focus, the largest economy of the world will continue to play a central role in the global flow of trade and ideas. Repatriating factories from China in today's day and age of automation may not produce the jobs that are being sought by the US. The real job creation engine for countries is constant refreshment, and for this global forces of innovation and economic growth will continue to play a critical role.

'International' India can aid a continued effort towards globalisation. We are the largest democracy of the world with a well-functioning private sector. The capabilities our private sector continues to hone in a large home market allows us to step out from behind the US and China and play a role in creating global impact. This is particularly relevant in emerging market democracies, be it Myanmar and Indonesia in South-East Asia, Nigeria and Kenya in Africa or the Pacific Alliance countries in Latin America. This is the time when Indian corporates should venture out to fill the gap that may be created by a US withdrawal, albeit selectively. Using a 'capability driven strategy' approach in the broadest sense, this international expansion should be in those industries like pharma, retail and consumer, and other industries where the consumer is at the centre of growth. Large infrastructure projects may go more naturally to China but then we have so much to do and prove within India that on the infrastructure front this may not be a bad thing.

Which brings me to the 'Internal' I. Indian companies that address the needs of the large and growing emerging middle class and the middle class in the country are being built. In the manufacturing sector, a slightly more protected environment may offer shelter to our national champions at this critical stage of re-set with the Make in India programme. This was similar to what Japan, Korea and China enjoyed in their phase of hectic industrialisation. In infrastructure there is much to do internally and here the capabilities of the government need to be strengthened if public-private partnerships have to play a meaningful role. The push to do more in Tier II and Tier III districts is just picking up speed. These 214 Tier II and Tier III districts, 33 per cent of the 640 districts in our country, have approximately 60 per cent of our population and are on the radar of companies looking to grow within India. The growth of Indian companies in this segment is throwing up new business models, and new approaches to technology that are unique not just in India, but across emerging markets. This provides domestic companies capabilities to compete in other economies with the ability honed by servicing the Indian emerging middle customer who is aspirational but not rich.

The question then is not whether to go global, but which segments to focus on and what strategies to apply to give Indian companies a right to win. The 'internal' capability we are building should be the pivot for international growth in these times of protection, particularly in emerging markets where similar business models apply. A number of consumer facing companies in India, pharma companies born out of India, light manufacturing companies are ready for international expansion in other emerging markets. The telecom sector, which has also spawned a number of digital and ecommerce companies, is similarly equipped to venture out. Information technology companies, which lived on the back of servicing the US and Europe, should also pivot their gaze to look at other emerging markets. Even if the drawbridge of protection is pulled up, many of these IT companies will pass through the multiple fibre optic nodes that have elegantly riddled national boundaries of the world.

The recent spate of protectionism and the collective inward gaze of the world, led by the election promises of the US elections and Brexit, are likely to be short-lived. This phenomenon was triggered by the stresses inherent in many of these economies: slower growth rates and an ageing demography. In contrast, India has a growing middle class, a young demography, a penchant for technology and a bold prime minister to boot. India as a nation and Indian companies and sectoral leaders in particular have an opportunity to step out on the international stage when other democracies are vacating it. However, in that drama we need to choose our characters wisely. We should selectively play in those areas where our large and growing middle class has helped us build capabilities that give us the right to win internationally.