Where the uber-wealthy go on vacation, and what they do there.
Gina Krishnan | Print Edition: September 24, 2017 The nouveau riche may frequent New York, Monaco or St. Moritz, but for the truly wealthy these are way too crowded. Prizing their privacy, they want resorts without another tourist in sight. And for sure, there are locations which offer just such exclusivity - at a price.

One such is Over Yonder Cay, one of the smaller islands of the Bahamas, so exclusive that many would not have heard of it. Spread across 72 acres, it houses only four villas which are all rented out to a single party at a time for a minimum of one week.

Named Meridian, West Sands, East Cove and South Point, each villa overlooks the turquoise blue waters of the Atlantic Ocean. Each has its own chef to whip any kind of meal asked for; Meridian even has its in-house yoga instructor. Fishing, diving, snorkelling and various water sports are part of the package, which costs a cool $443,000 (Rs2.88 crore) per week for a group of 12 people or less. Chartered flights are available from the Bahamas capital, Nassau, and Georgetown, on Great Exuma Island. Or else, the uber-rich could choose Ol Jogi Ranch, a continent away in Kenya, a 45-minute flight from Nairobi, comprising a main building with standalone cottages around and 58,000 acres of pristine land replete with wildlife to explore. Elephants, zebras and rhinos can often be seen without even stirring from the ranch, but for the less languorous there are safaris and even horse riding, with experienced rangers for company, but no one else to disturb the tranquillity. A French chef provides sumptuous meals with ingredients sourced from the ranch's own organic garden. A week's stay costs $210,000 (Rs1.33 crore) for a party of 14.

A third choice could be the 74-acre Necker Island, part of the British Virgin Islands in the Caribbean Sea, entirely owned - and rented out for $80,000 a day - by Richard Branson, founder of the Virgin Group. Then there is French billionaire Georges Cohen's 49-sleeper beach house in the 81-acre Calivigny Island, once again in the Caribbean, available for $140,000 a night, but with the expectation that the guest will stay at least a week. Yet another such option is Musha Cay, again in the Bahamas and owned by US billionaire-magician David Copperfield, 700 acres of lush natural space available for a minimum of four days for a group of 12 at $39,000 a day.

For the multibillionaires who prefer to be on the move during vacation but at the same time remain away from prying eyes, there are the super-luxury yachts. The best known are the Amaryllis, the Axioma or the Ice 5, which can be chartered for a week or an entire season, complete with crew and chef, and used to travel all over the globe. 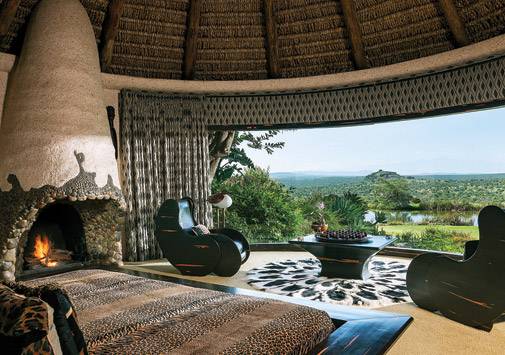 Though not quite in the same league, a range of options for luxury travel are being provided by companies in India as well. Global concierge company, Quintessentially Lifestyle, for instance, which started operations in India in 2010, recently took a group of 70 male friends and family members of a certain high net worth individual - who refuses to be named - to Japan for a week-long holiday to celebrate the HNI's birthday. They attended the traditional sado (tea drinking ceremony), rode the bullet train, watched a sumo-wrestling match, visited a world heritage site to watch the sakura (cherry blossom) in bloom and dined at Michelin star restaurants. "No experience was left out of the celebrations." says Reinold D' Raunjo, Director Operations at Quintessentially Lifestyle. The price tag: just Rs2 crore.

The yacht experience, on a somewhat less extravagant scale, is also offered by Infiniti Diving, set up by diving enthusiast Sunil Bakshi. Bakshi's yacht, Live Aboard, which can accommodate 12, takes passengers for pleasure cruises around the islands of the Indian Ocean, complete with dive boat, enabling three to four dives per day. Guests live on the yacht, at sea all the while, never touching any port until it is time to depart. Infiniti Diving takes both individual bookings and charters at a price of Rs2.3 lakh per person. Customised activities could include visiting rare beaches, diving into coral gardens, schooling fish or even exploring wrecks. "The waters around the Andamans are really the last frontier for sailing and scuba diving," says Vismaya Firodia Bakshi, Director, Infiniti Diving. "You are in another dimension of space and time in these waters."

There is also Fleetfood Adventures, run by Nitish Chengappa, which offers five-day packages to customers, taking them sailing and scuba diving around the Maldives. "Diving amid tiger sharks in the clear waters around the Maldives is a rare experience and a great equaliser," says Chengappa. "We offer sophistication in simplicity." 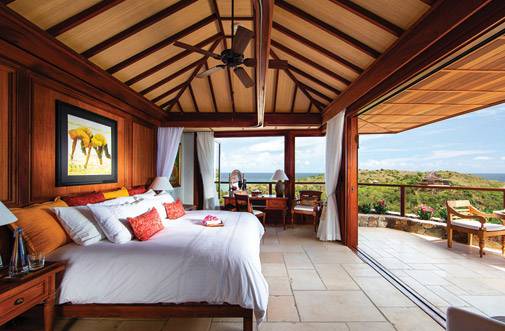 The luxury hotels of the Maldives are also a favourite destination of well heeled Indians. "We recently took a family trip to the Maldives and could not have asked for a better holiday," says Payal Bhatia, wife of Universal Knitwear Managing Director Sahil Bhatia.

Some wealthy Indians are even going off the beaten track. North Korea is hardly a destination the average tourist would consider, but for Umesh Phadke, President and Director, L'Oreal, Indonesia, it was a goal he was delighted to finally achieve. "I'm driven by the desire to be different, a bit fearless, a bit whacky," he says. He timed his visit with the Arirang Mass Games, a stunning mass gymnastics display held occasionally in Pyongyang, during which tourists are warily allowed in. Next on Phadke's travel wish list is Antarctica. 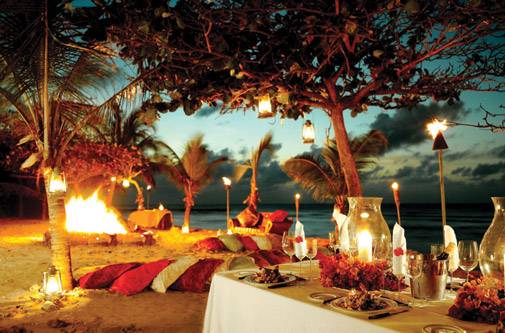 Camping, but with five-star amenities included - often called "glamping" - is also catching on among the wealthy. In India, it is available in Ladakh and Jaisalmer, as well as in Kohima during the annual Hornbill music festival. Finally, there are the meditation and yoga retreats, and the spas, often charging $1,000 a night, that promise physical rejuvenation alongside a good holiday.