Estimates of the number of poor living in India vary so widely that they raise a very fundamental question — who is the real poor?

The good news first—if you earned $1.01 a day back in 1981, you are now counted among the world’s “elite” poor, thanks to the raising of the minimum subsistence level by the World Bank to $1.25 from the earlier $1 a day. The bad news: news doesn’t cook food. Based on the World Bank’s revised estimates, the number of poor in the developing world in 1981 is—or rather was—a little over 1.9 billion as against the earlier estimates of 1.53 billion. This number has now come down to 1.4 billion in 2005, though it has risen against the earlier estimate—based on the $1 a day threshold level—of 879 million. 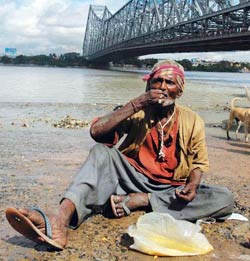 So, are we getting poorer by the day, even after 17 years of economic reforms? Hogwash, is what Surjit S. Bhalla, Chairman, Oxus Investments, dubs the latest World Bank report. “Real incomes in India have gone up by 71 per cent since 1993—the mid-point year in the period under review (1981-2005)—and yet according to the World Bank, it has decreased by 36 per cent. Its survey is missing out on a lot of consumption,” points out Bhalla.

India’s official definition of the poverty line has hinged on the minimum caloric consumption of an individual— an average of 2,200 calories per day on the premise that an intake less than this figure would severely compromise an individual’s physical survival. But these figures date back to the 1970s and since then, interestingly, per capita incomes have risen by over 40 times while the caloric intake has in fact reduced even below the minimum urban requirement of 2,100 calories. 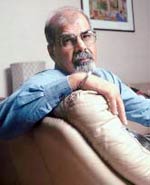 Surjit S. Bhalla, Chairman, Oxus Investments
Bhalla’s take on India’s poverty figures: six per cent for 2005, down from 13 per cent in 2002. That’s almost 700 per cent less than the World Bank figure of 41.6 per cent as the percentage of Indians living below $1.25 a day in 2005. Despite the gloomy scenario, the report points out that efforts to reduce poverty are bearing fruit—with the percentage of people globally living below the new poverty line halved from 52 per cent to 26 per cent over 1981-2005, a reduction of 1 percentage point every year.

However, most of them have just moved into the band between $1.25 and $2 a day—with their numbers over the same period doubling from 600 million to 1.2 billion. That means that the total number of poor in developing countries living on less than $2 a day is 2.6 billion.

Interestingly, a day after the World Bank’s new definition of the poverty line, the Asian Development Bank came out with its own set of figures for the Asian region—less than $1.35 a day. So how poor are you? Well, that depends on which set of figures you want to believe.

The buzzword is affordability